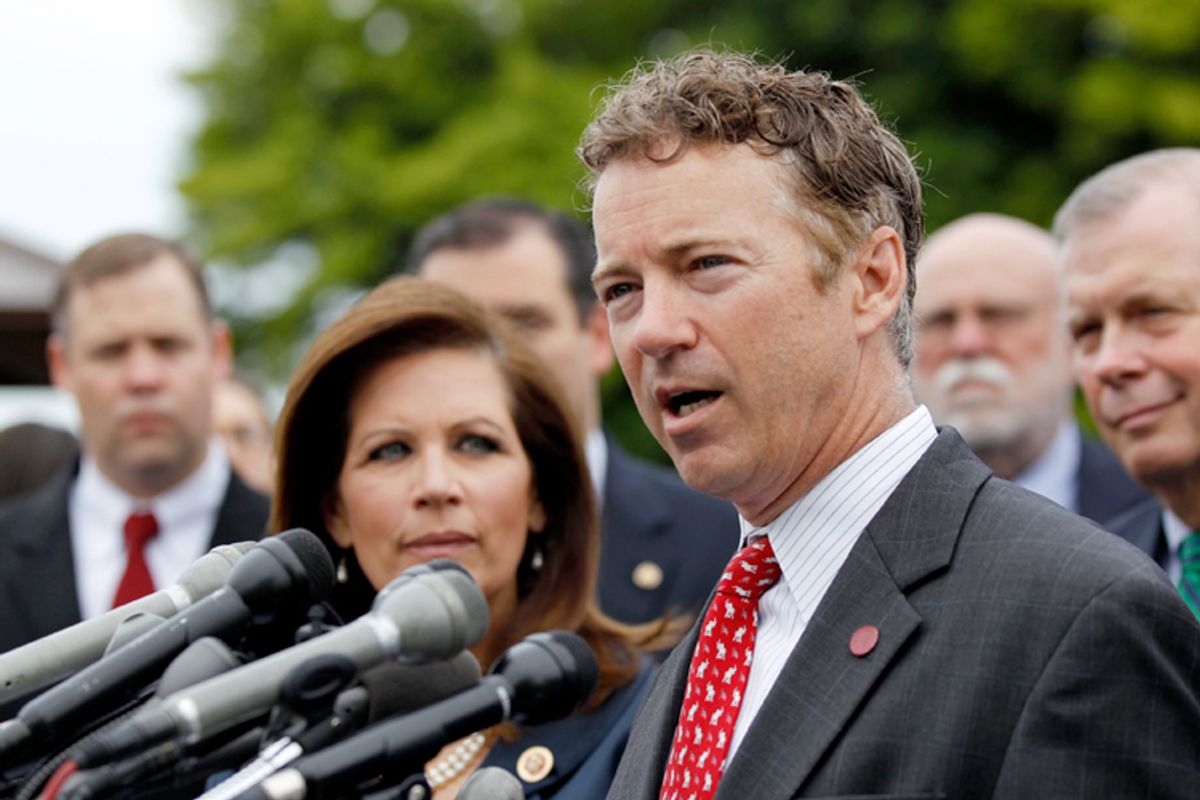 After the Supreme Court upheld Obamacare in 2012, most reasonable people assumed the right had missed its one big shot at using the courts to destroy the law. But Obamacare mania isn't an ailment that afflicts reasonable people, and so conservatives turned their attention to an even more far-fetched legal challenge.

You can read a more thorough explanation here, but the short version is that if you take one phrase of the Affordable Care Act statute out of context, it appears as if the law does not provide for premium tax credits on federally facilitate exchanges. Conservatives are thus asking the courts to invalidate and prohibit Obamacare subsidies in all Healthcare.gov states.

Well, a D.C. District Court judge has looked at this argument, and concluded that it's total nonsense.

"In sum, while there is more than one plausible reading of the challenged phrase…when viewed in isolation, the cross-referenced sections, the surrounding provisions, and the ACA’s structure and purpose all evince Congress’s intent to make premium tax credits available on both state-run and federally-facilitated Exchanges."

It's just one trial court opinion. But it's actually pretty embarrassing for the challengers.

Obamacare opponents would have won if the judge in question -- a Clinton appointee -- had vouched for their interpretation of the statute, or had found the text ambiguous, but declared the IRS' reading impermissible.

But neither of those things happened. Instead, the judge didn't just rule that all exchanges qualify for subsidies, but that in full context there's no statutory ambiguity to begin with.

The challenge is based on a bogus, opportunistic characterization of the law.

I obviously agree. And if you agree, too then you also must conclude that the challengers and their supporters are either dishonest or so blinded by Obamacare hatred that they've lost the ability to read. There are no other interpretations.