Don't bring your baby to a fancy restaurant

A famed chef creates a stir by considering a baby ban 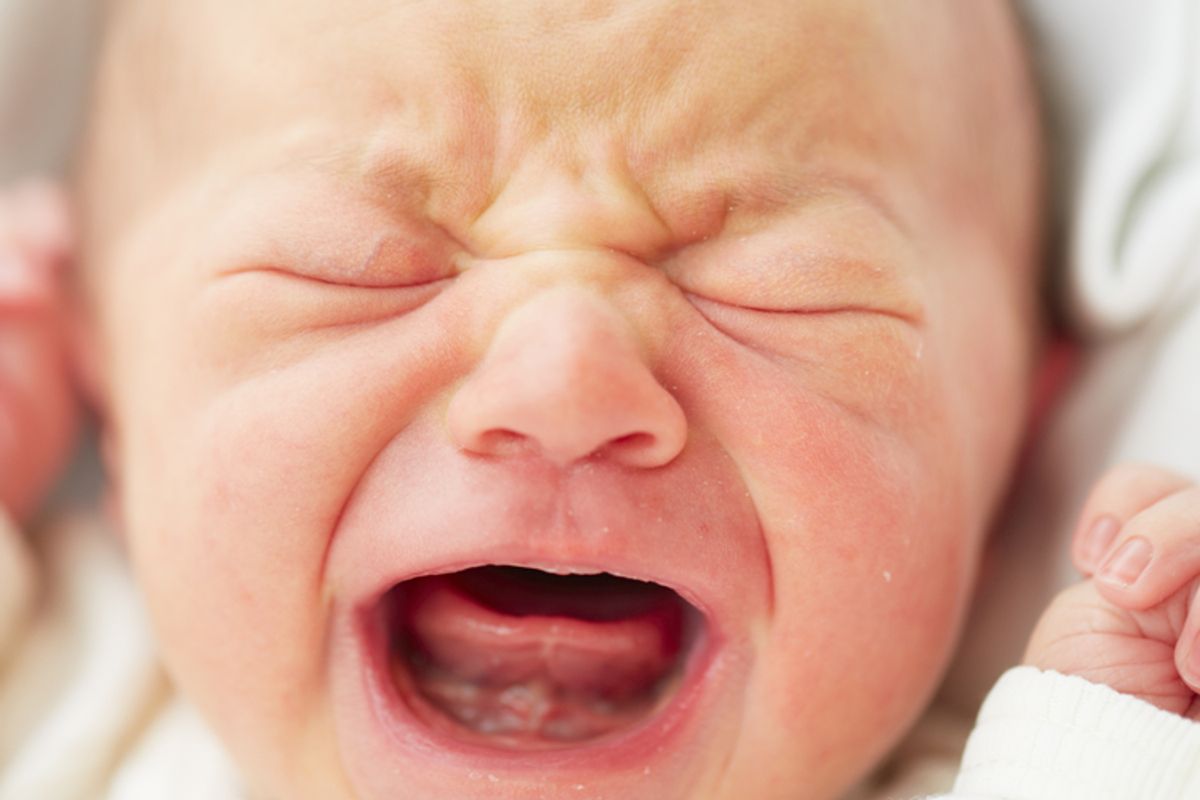 What followed was a media storm and large-scale debate over an age-old question: Does your kid belong here? Two years ago, a small Pennsylvania restaurant created an uproar when the owner declared he was instituting a no-kids policy, and that was an establishment with considerably less of a name than Alinea. This, in contrast, was a big name admitting that kids can be incredibly disruptive, and wondering aloud what to do about it. But if he was looking for consensus, Achatz didn't get it. A diner tweeted back to him Sunday, "People pay a lot of money to eat with you. Many are escaping their kids for the night. Age limit is fine." Another chimed in with the classic, "You choose to have a child (it's not mandatory or forced on anyone), then ya give up some other things." And some were firmer in their opinions, ordering "sitterless parents stay the hell home." But others wondered if there are ever mitigating circumstances. "I saw & did not hear a well-behaved baby at Next Sicily," wrote one woman. "Like in church, people should leave or go into bathroom with crying baby." And another bragged, "We brought our infant to every fine dining restaurant around the world we went to. Never had a problem. Babies sleep hrs on end."

Alinea is no regular corner bistro. It's one of the top-ranked restaurants in the world, a place where the tasting-only menu runs between $210 and $265 per person -- and payment in advance. Writing in the Daily Banter, my friend Chez Pazienza said simply, "You don’t bring a baby or toddler to a restaurant with three Michelin stars. Alinea isn’t Outback Steakhouse."

For my own part, I am completely down with restaurants choosing to cater to an adult-only clientele. I am in favor of resorts that offer adult-only vacations. And frankly, if there were a petition to stop people from dragging their screaming toddlers to the 10 p.m. screenings of horror movies, I would sign the living hell out of that thing. I am the person who got a mom and her toddler ejected from the audience of a Broadway show, when the mother wouldn't turn off the phone the child was playing with. (You're welcome.) But if your establishment doesn't have an explicit policy, what then is the right protocol when a family traipses in?

That couple took a risk when they brought their baby to Alinea. I am familiar with that particular gamble, if not on that scale. Honestly, I wouldn't trust myself at a joint like Alinea, a place that serves a dish involving helium and a "squab inspired by Miro." But when my elder daughter was 1 year old, my spouse and I went out with her very early one evening to a slightly more upscale restaurant. (The kind with menus that don't have pictures.) She nursed agreeably on me and sat drowsily on my lap. We had just placed our orders when she then proceeded to vomit all over me. And that was my cue to beat a hasty exit. Similarly, the parents of that baby at Alinea gambled their child would be docile. They are likely not the only parents who've ever sat in that restaurant with a baby. But they're the ones who lost that particular bet. At that point, the right thing to do would have been for one of them to take the baby and leave, and the other to ask for a doggy bag of helium and to leave a generous tip. A round of drinks for the nearby tables wouldn't have been out of place either.

The world is full of selfish jerks on all ends of the spectrum. Some of them have kids; some of them hate kids. There are parents who arrogantly assume that their precious babies belong any- and everywhere. They take their small children to places that are inherently not designed to accommodate children, and then complain about the lack of accommodation. These are often the same people who get upset when there's a sexy TV ad on after 10 p.m. These people are dopes. But on the other side, there are those who'd prefer children to be sequestered until the age of 12, who conspicuously roll their eyes when a person with a young child boards an airplane or enters a Starbucks. They're dopes too.

The controversy Achatz ignited is an opportunity for him and for other proprietors across the country to consider what their boundaries are. You can't count on the intelligence or good manners of your patrons. There is nothing on earth wrong with stating that your space is not for babies. But if you don't, you've got to figure out what to do when a baby comes in the door. Because the baby and its parents may not be well-behaved. For his part, Achatz still seems to be working it out. On "Good Morning America" this week, he said, "We want people to come and enjoy and experience Alinea for what it is. But we also have to be cognizant of the other 80 people that came in to experience Alinea that night."