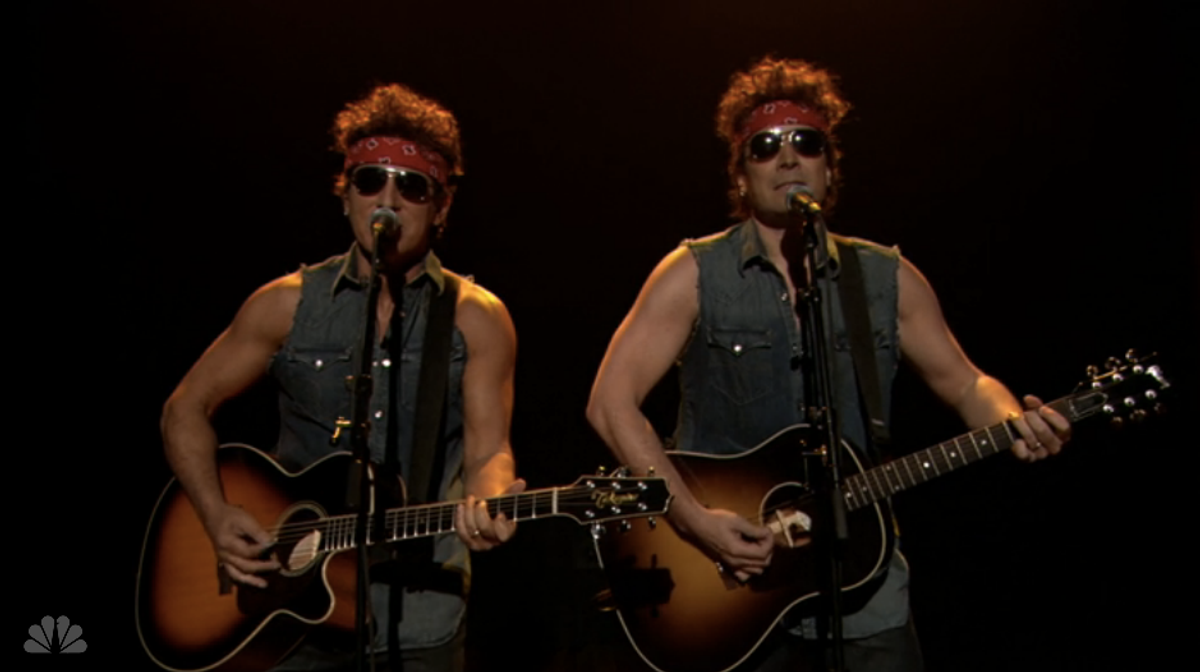 This is a sad day for Chris Christie. Remember how sad Chris Christie was last week? ("I'm sad. I'm sad. That's the predominant emotion I feel right now, sadness," he said at a Thursday press conference on the politically motivated lane closures on the George Washington Bridge.)

Well, he is probably a lot sadder this morning, and not just because the public's faith in his ability to govern has been badly shaken and his presidential ambitions may now be out the window altogether. No, Christie is probably feeling pretty terrible today because on Tuesday night his hero Bruce Springsteen joined Jimmy Fallon on "Late Night" to make fun of him.

Christie is a self-described Springsteen obsessive, and says he wept after getting a hug from the Boss.

If a hug brought Christie to tears, I wonder what being lampooned in song will do?