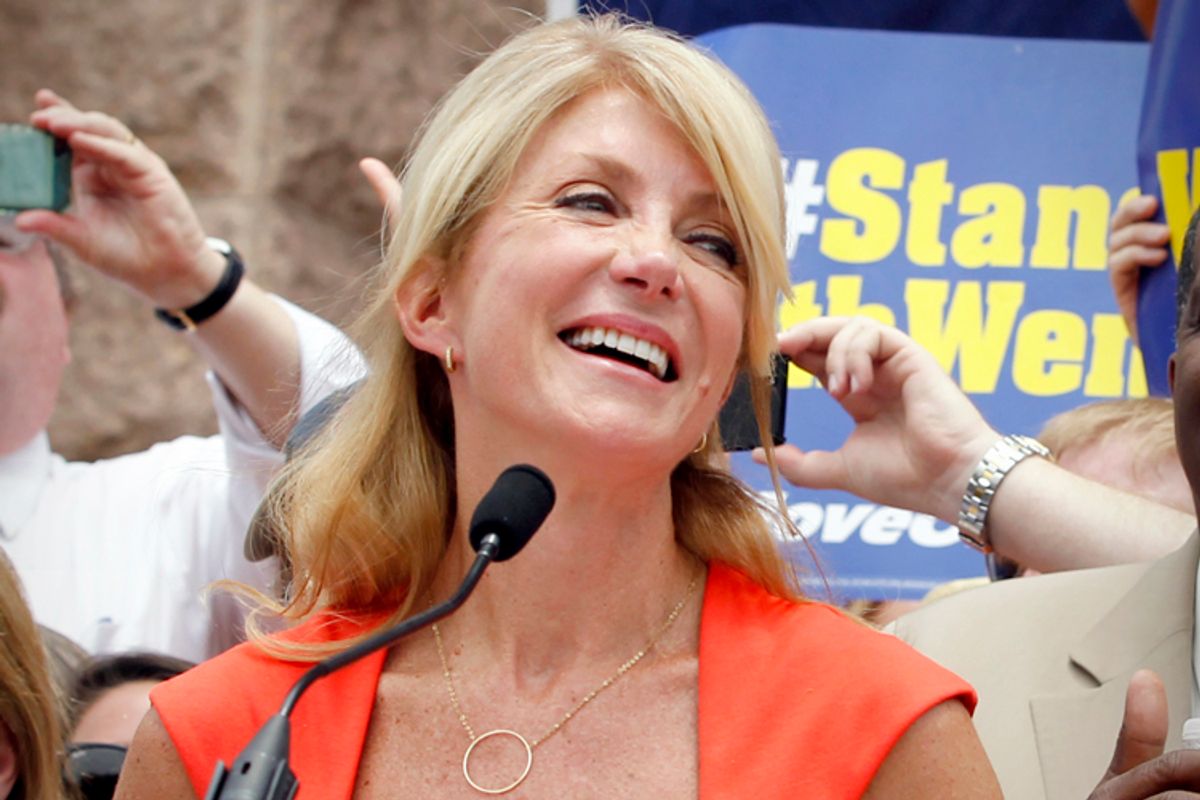 Wendy Davis is still the underdog in Texas' gubernatorial race, but if she keeps on raising money like this, she may have more than a fighting chance.

On Tuesday night, the Davis campaign released its first fundraising report, announcing that between July 1 and Dec. 31 of 2013, Davis (in partnership with another group of Texas Dems) had raised $12.2 million from 71,843 donors. While there's no doubt that Davis has some big-spending Democratic donors backing her, the campaign said that 85 percent of donors contributed $50 or less.

Davis wasn't the only one to report a robust fundraising haul, however. Her likely opponent, Texas Attorney General Greg Abbott, also announced raising money at a healthy clip. His campaign reported bringing in $11.5 million during the second half of 2013. Add that to the reported $20 million Abbott had at the start of his campaign, and you get a sense of how much more work Davis has in front of her.