Abla Fahita is being investigated by Egyptian officials, but she's hardly the first puppet to be persecuted 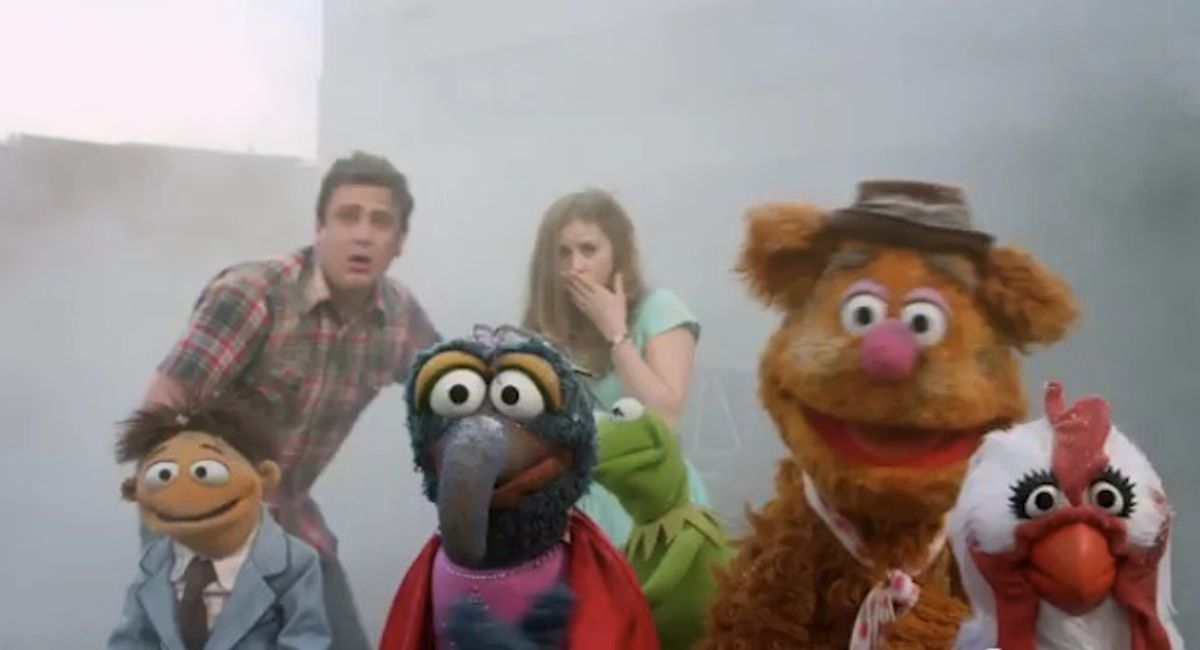 Puppets can cause quite a stir, as Abla Fahita has shown us this week.

The Egyptian puppet appeared in a Vodafone ad in which she is trying to find her deceased husband's SIM card. Here's the ad:

A video-blogger and singer named Ahmed Spider alleged that the ad was communicating secret messages to the Muslim Brotherhood about a planned attack on a shopping complex.

Spider stated his intention to have Fahita, whom he suspects is a British agent, imprisoned. Wowie.

“I am a comedic character,” Fahita said in her own defense on Egypt’s CBC network.

Though the investigation into the puppet has been widely mocked, it still exists. As does a raging climate of fear and paranoia in Egypt.

Rumors that Bert and Ernie are gay lovers are about as old as Sesame Street itself. The fact that they share a bedroom on the show doesn't help, and neither did this New Yorker cover.

But Sesame Workshop's official position is that the two are simply good friends.

Sesame Workshop President Gary Knell had this to say to the media: "They are not gay, they are not straight, they are puppets. They don't exist below the waist."

3) Kermit and Miss Piggy — Are they Communists?

In a typically uncorked interview, several talking heads on Fox accused the movie of beinganti-oil, anti-corporate propaganda made by liberals to influence children.

“It’s amazing how far the left will go to manipulate your kids and give them the anti-corporate message,” said guest Dan Gainor, of Media Research Center, a conservative think-tank.

Kermit and Miss Piggy fired back during a press conference.

"No, you know, it's a funny thing," says Kermit. "They were concerned about us having some prejudice against oil companies. And I can tell you that's categorically not true. And besides, if we had a problem with oil companies, why would we have spent the entire film driving around in a gas-guzzling Rolls Royce?"

Miss Piggy adds: "It's almost as laughable as accusing Fox News as, you know, being news."

Rico appeared to be some kind of rodent and had a vaguely Peruvian accent. He got to hang out with Lindsay Lohan and David Hasselhoff, even recorded a song with Snoop Dogg.

But his jokes were crude. He talked about New Zealand beaches as "nice Kiwi bitches" and hiking as "beating off the track." He encouraged passengers to have sex on reclining seats and grabbed one passenger's crotch.

Even staff said they were embarrassed by the puppet's hijinks.

At the end of 2011, Rico paid the price of his high-risk behavior. Air New Zealand killed him off. They said he died while hosting a "celeb-packed house-warming party in his Los Angeles mansion."

5) Top Goon — Are they too political?

That's certainly the aim in this case. "Top Goon: Diaries of a Little Dictator," which launched on YouTube in December 2011, presents the Syrian crisis with four little finger puppets and a heavy dose of satire.

"Beeshu," a belittling nickname for President Bashar al-Assad, stands in for the Syrian president. He is depicted as spoiled, insecure and stalked by nightmares.

The show's critical reception has been largely positive at home and abroad, with commentary focusing on how the show reveals the security state's mechanisms, and also Top Goon's reluctance to rely on easy answers.

But not everyone has welcomed the show. Among the outpourings of praise, a few viewers have taken deep offense and posted threats that are unpublishable but tend to center on sexual violence against female relatives of the show's creators.