Best actress: A victory for older actresses, and proof that Hollywood isn't building a new generation

Congratulations to Meryl Streep and Judi Dench. But where are the great new actresses on the rise? 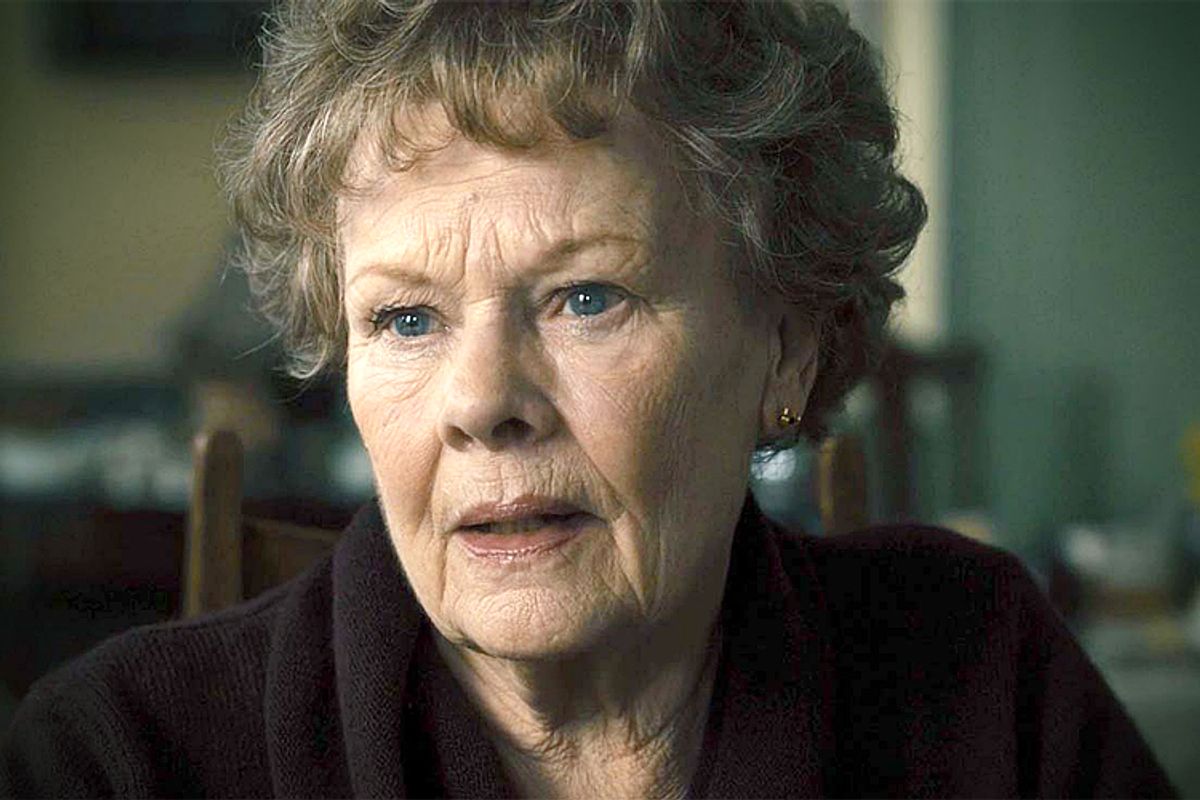 What's particularly striking about this field is not merely the nominees' vast experience of acceptance speeches but their ages. Amy Adams, the youngest nominee, is 39; Blanchett is 44; Bullock is 49; Streep is 64; Dench is 79, and would be the second-oldest winner ever (after Jessica Tandy as Miss Daisy), were she to win.

The field is a vindication for the much-discussed Hollywood Reporter piece from 2013 that argued older actresses dominate their field; and, indeed, the success of Streep and Bullock's entire recent filmographies (from "The Devil Wears Prada" to "Julie and Julia" and from "The Blind Side" to "The Heat") as well as "Philomena's" surprisingly strong take argue in favor of the audience's desire to see all different sorts of people on-screen.

But is Hollywood doing enough to nurture a new generation of stars? This year's five best actress nominees were drawn from what was widely perceived as a field of six -- not one of whom was under 35 or, more interestingly, a neophyte. (Two younger actresses who had been long-shot possibilities had come from outside mainstream Hollywood, either from the world of small indie films, like Brie Larson in "Short Term 12," or from foreign-language film, as with Adèle Exarchopoulos in "Blue Is the Warmest Color.")

It's laudable that so many actresses past whatever a stereotypical studio executive might perceive as an "expiration date" have been met with success -- but all are building on long careers that began when they were young women, when they were handed meaty or just plain fun roles. Hollywood's problem with women has hardly changed over the years -- zero of five best director nominees and two of 15 nominated screenwriters this year are women. But in the age of the superhero movie marketed to young boys, young actresses seem to get less to do than ever.

Jennifer Lawrence, last year's best actress, is something of an exception: at 23 years old, she may well scoop up her second Oscar this year in the supporting actress field. And last year, she became the second-youngest best actress nominee ever, in a field that included one preteen and one octogenarian actress (Quvenzhané Wallis and Emmanuelle Riva).

Lawrence's generation -- the group of young women who'd have appeared with her on a Vanity Fair Hollywood Issue cover -- is more or less absent from the Academy Awards, though. Emma Stone is represented at this year's ceremony with her vocal work in best animated film nominee "The Croods," likely filmed between "Spider-Man" installments. Scarlett Johansson is a voice-only presence (and a fantastic one) in "Her," making one wistful for her career before she was tied up with "Avengers" sequels. Elizabeth Olsen is doing the "Avengers" sequel, too. (Coincidentally enough, the "theme" of this year's Academy Awards is "heroes" -- not "heroes and heroines" as witnessed by "Thor" star Chris Hemsworth announcing the nominees today.)

Kristen Stewart's movie-star career seems to have been derailed by tabloid scandal. Mia Wasikowska is going to play Alice in Wonderland again. Amanda Seyfried hasn't gotten a substantive chance to show off her comic chops since "Mean Girls."

This isn't the academy's fault. They're clearly willing to nominate exciting young talent over established Hollywood royalty -- in the best supporting actress field, Lupita Nyong'o in "12 Years a Slave" couldn't be denied, while Oprah Winfrey in "Lee Daniels's The Butler" really could. (She has, for some reason, an honorary Oscar, so don't worry about Oprah.) But in light of this year's best actress nominations, Lawrence's win last year feels flukey: Untested actresses simply don't often get the chance to shine.

By 30, Blanchett had played the lead in "Elizabeth" and been an Oscar nominee; Bullock was a rising romantic-comedy star; Streep, even despite a delay in booting up her film career while at Yale School of Drama and on Broadway, had filmed "Holocaust" and "The Deer Hunter." Their Oscar nominations in 2014 come on the back of years of work in serious projects from the time they were young, the sort of work that every young starlet other than Lawrence doesn't seem to get offered. Maybe there's some hope in the case of Adams, who on her 30th birthday was still trying to find her bearings after early roles led nowhere. But it takes nothing away from the success of Streep, Dench, Blanchett and their cohort this year to wish that younger actresses had more and more Oscar-worthy things to do than pout while the superheroes around them fight.