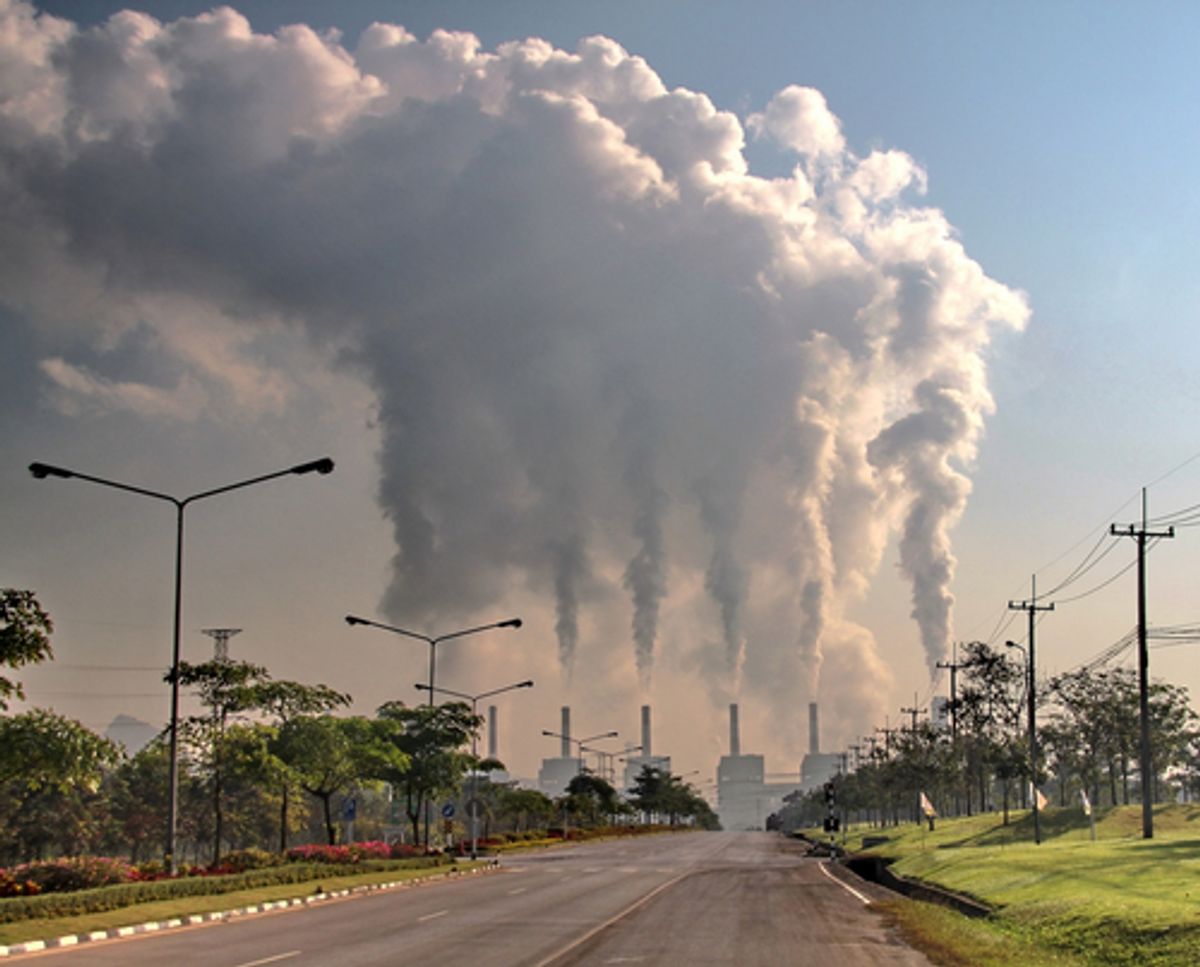 Regardless of how the world's governments choose to attempt to contain global warming at 2 degrees Celsius above pre-industrial levels, it's going to cost them. According to an early version of the U.N.'s Intergovernmental Panel on Climate Change report, due out in April, the world will need to triple its current amount of renewable energy, nuclear power and carbon-capture and storage activities in order to significantly reduce the amount of greenhouse gas levels in the atmosphere. Bloomberg News reports on the leaked draft:

The researchers found that all scenarios that stabilize the concentration of greenhouse gases in the atmosphere at or below 480 parts per million of carbon dioxide are “likely” to contain the temperature gain to below 2 degrees Celsius. Some scenarios that peak above 530 ppm before coming down to a range of 480 to 530 ppm would also achieve that.

Containing the concentration to 480 ppm “would entail global consumption losses” of 1 percent to 4 percent in 2030. That range would rise to 2 percent to 6 percent in 2050 and then to as much as 12 percent in 2100 when compared with scenarios that don’t involve fighting climate change, according to the document. The current concentration is about 400 ppm.

“The majority of scenarios reaching these atmospheric concentration levels are characterized by a tripling to nearly a quadrupling of the share of zero- and low-carbon energy supply,” the researchers wrote.

At the upper end of those ranges, the cost of fighting climate change could outstrip the cost of dealing with the effects of climate change, according to data in the draft of the second installment of the UN report, which hasn’t yet been finalized.

The hefty price tag, of course, wouldn't be as catastrophic as the human and environmental costs of inaction. ‘‘You could tell the story of World War II just through GDP, but it wouldn’t tell you about the millions of people who died,’’  Bob Ward, policy director at the Grantham Research Institute on Climate Change and the Environment at the London School of Economics, told Bloomberg. ‘‘The losses of livelihoods as a result of climate change impacts are not captured by the GDP story.’’ The challenge now, more than ever, will be to convince the world that preventing further warming is worth any cost.