The snobby Patrick is likely to reignite the unlikable character debate. But there's more to "Looking" than him 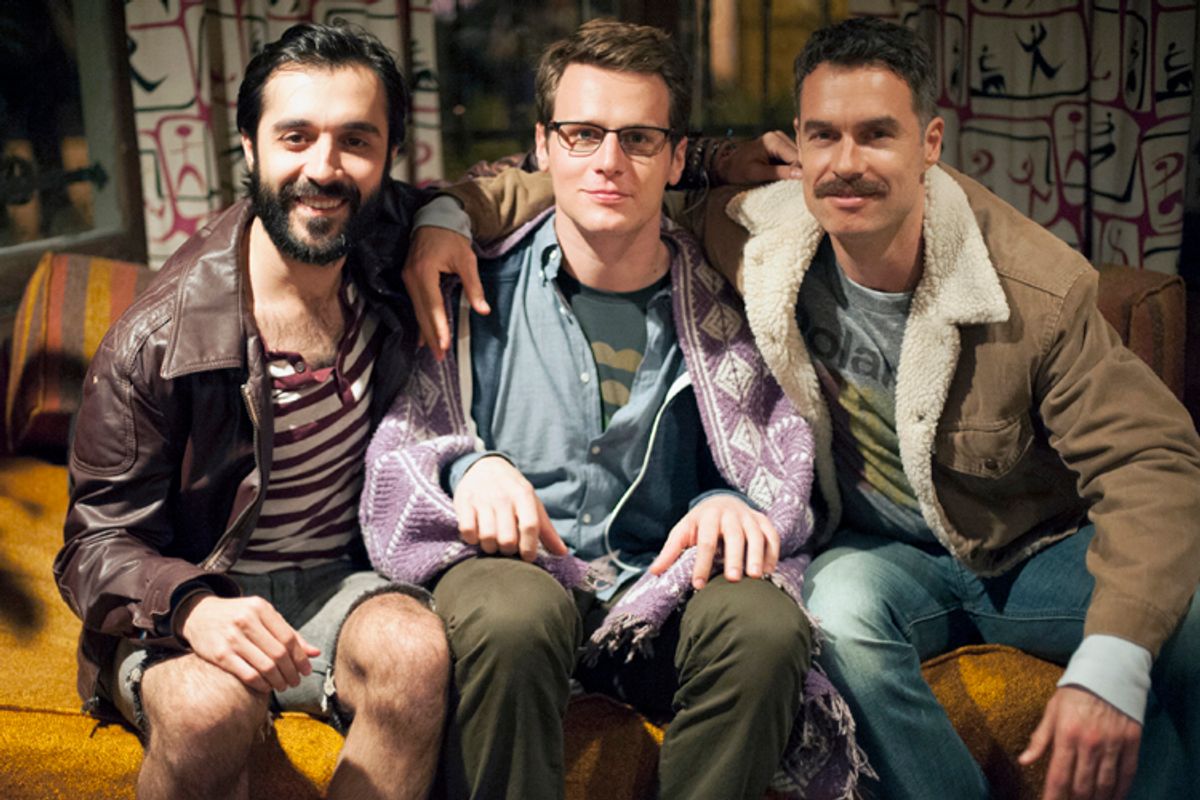 "Looking," a show about three 30-something gay males seeking career and relationship fulfillment in contemporary San Francisco, debuts this Sunday. Like a lot of HBO's newer half-hours -- "Hello Ladies," "Going On" -- "Looking" is a relatively understated affair. The show was spawned from a short film by creator Michael Lannan and retains that indie feel and scale. Fortunately, that aesthetic intimacy serves the story greatly. I don't know if it's politically incorrect or simply passé to portray this look at gay singletons as a peek into some secret world -- it's San Francisco, after all, not Saudi Arabia -- but there is no question all the close-ups and soft focus heighten the drama.

While "Looking" is ensemble-driven, like other such shows, the audience requires a character to serve as its entrée into the world. In this case, that character is Patrick (Jonathan Groff), a 29-year-old video game designer who, after learning of his ex-boyfriend's impending nuptials, is newly energized to find a mate of his own. From the beginning, this quest is fraught with, if not peril, deep, squirmy uncomfortableness. Patrick's friends are Agustín (Frankie J. Alvarez), a 31-year-old artist in a stable relationship with a hipster roughly his equal, and Dom (Murray Bartlett), a 39-year-old waiter. Though Patrick's romantic desperation is evident from the moment we find him cruising a local park, it is quickly revealed that Dom is the most unenviable lonely heart of the group.

"Looking" will undoubtedly draw comparisons to Lena Dunham's "Girls," with which it shares both a stripped-down, occasionally raw style and a night. Though the men of the former are noticeably older than the women of the latter, both programs rely heavily on the uncertainties of modern romance and the grim realities of sex for source material. Another precarious way in which "Looking" seems to take after "Girls" is in the likability -- or lack thereof -- of the central character. Patrick confesses to wanting love, but it only takes the first 22 minutes of this show to convey that he may be a bit confused about what he is actually looking for. That uncertainty is hardly a detractor. But Patrick is fidgety, disturbingly intense and possibly a bit snobbish to boot -- not unwatchable, but, as yet, far from endearing.

Fortunately, "Looking" has plenty else going for it. Performance-wise, Alvarez is easy and alluring as the scruffy sculpture artist questioning the relationship any of his friends would die for. And Bartlett gives every sign of gearing up for a heartbreaking turn as an aging man quickly running low on options both professional and romantic. Particularly, his friendship with ex-amour Doris (Lauren Weedman) rings authentic. In addition to having plenty of beautiful urban sprawl in which to set appropriately emotional drama, the show also makes allusions to the ever-changing tech industrial landscape of San Francisco, a theme that, hopefully, will be fleshed out further in the future.