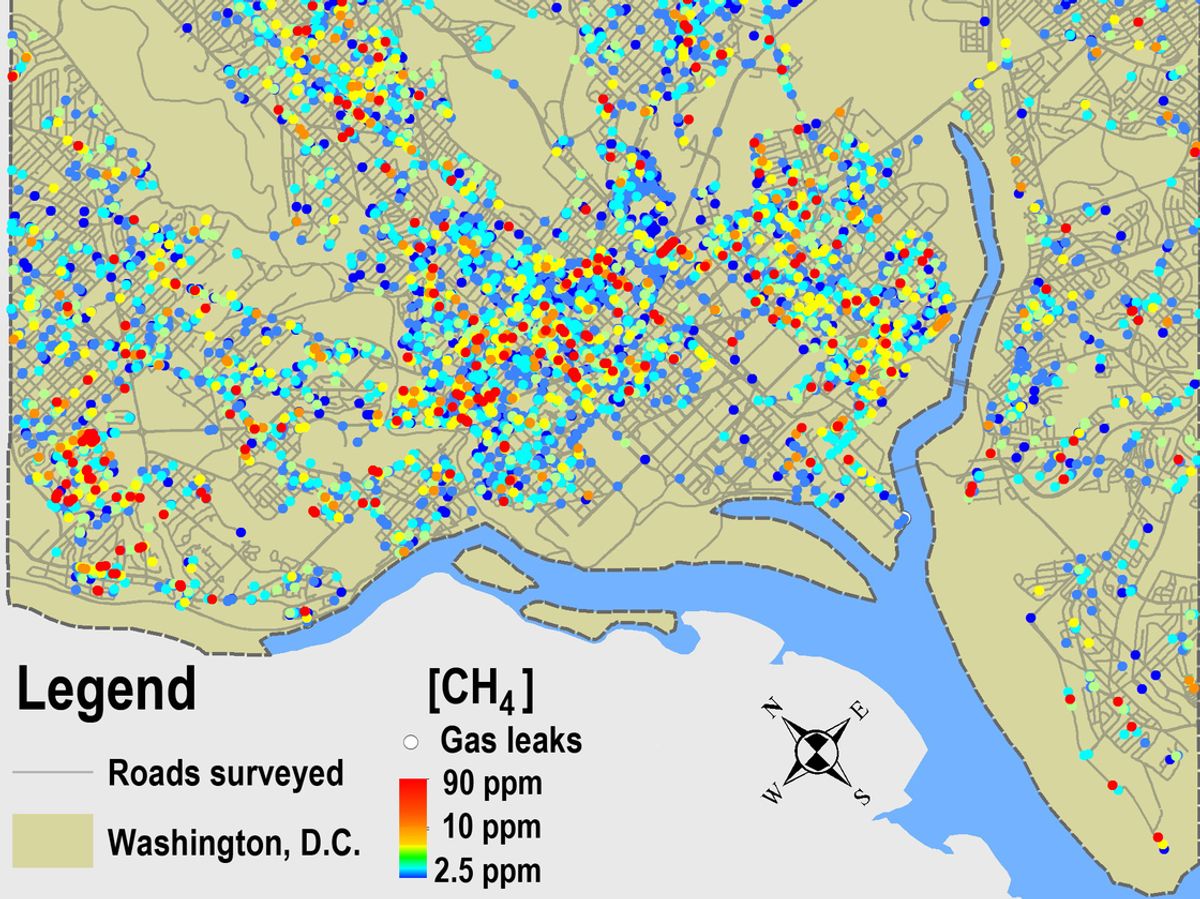 Methane leaks mapped across the 1,500 miles of roads of Washington, D.C. (Environmental Science and Technology)
--

Well, this can't be good. Researchers driving through the nation's capital with equipment that detects methane -- the main component in natural gas -- found evidence of about 6,000 gas leaks in D.C.'s aging underground pipelines. Robert Jackson, the lead author of a study published this week in Environmental Science and Technology, told NPR that the city appeared to be losing gas at twice the national average, and that the local gas company wasn't doing anything about it:

Jackson adds that at many sites he measured, the concentration of methane in the air was higher than anything he saw in Boston [where he performed a similar study]. And it's not swamp gas. Jackson's technique identifies the type of methane by its chemical structure and the presence of ethane and propane with it, forms of gas not usually found with the so-called biogenic methane created by rotting plants, bacteria and the like.

In 12 cases, the gas concentration was potentially explosive. Jackson says he informed the local gas company about those early last year.

"The really surprising thing," he says, is that "when we went back four months later after calling in these leaks, nine of the 12 hadn't been fixed. And that really shocked me."

Aside from the immediate danger, Jackson said, methane leaks contribute to global warming -- if not to the degree that gas and oil operations do, then perhaps more than we realize.