Elisabeth Hasselbeck: Are feminists and wussy men a threat to national security?

But don't worry, the "wussification" of American men is a problem Hasselbeck is committed to solving 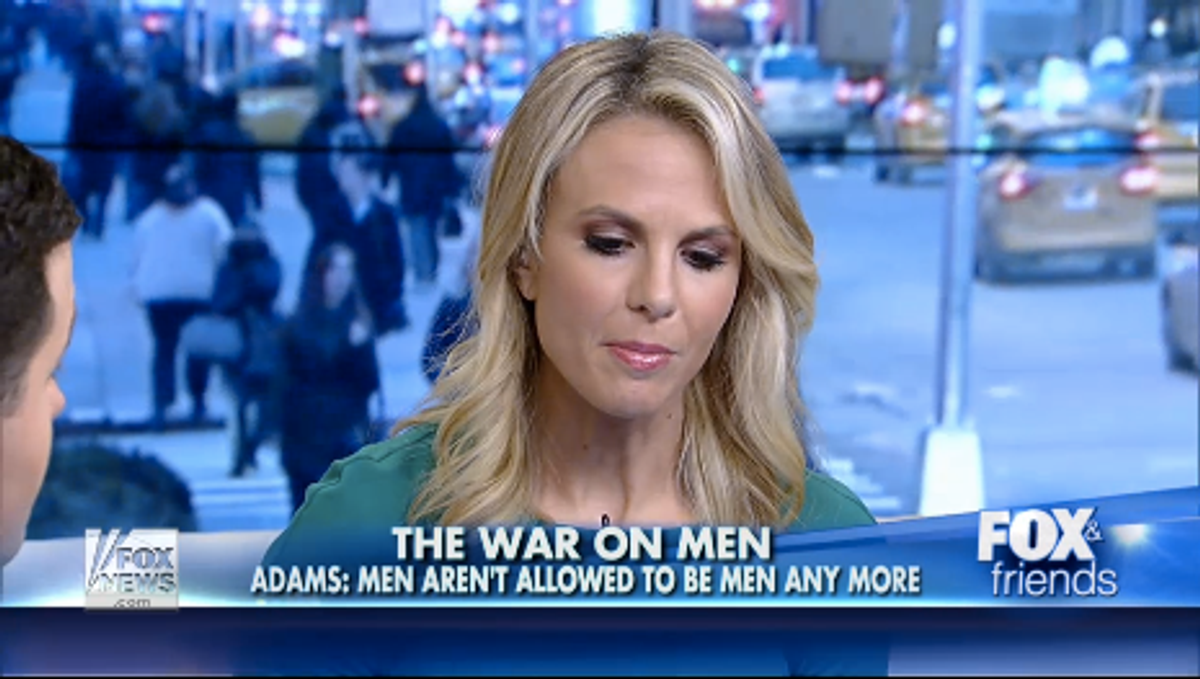 "It's a very hard time to be a man in today's society," according to Australian author Nick Adams, who has written a book about all of the ways that feminists have made it downright impossible to be a real man in the world.

Real men, according to Adams, shoot guns, for example. So when he argues that authentic masculinity is under attack, he must be referring to all of those laws that prevent men from obtaining and shooting guns in the United States. Oh wait, America actually has dangerously few laws in place to regulate gun possession, so that can't be what he means! Well, real men also watch football, he notes. So he must be upset by the outright ban on professional sports in this country. Oh wait, that's not a real thing! Real men know how to lead, of course, so Adams must be very troubled by the overrepresentation of women -- particularly feminist women with progressive policy agendas -- in politics. Oh wait, that's not real, either!

The "war on men" thing is a Fox News favorite, so the fact that "Fox & Friends" would invite a misogynist on air to spout off nonsense isn't at all surprising.

Neither is Elisabeth Hasselbeck's sheer awfulness, for that matter. After listening to Adams bemoan how men once known for "wrestling alligators" have been reduced to "wrestling lattes" instead, Hasselbeck asks -- in her most serious journalist voice -- if feminists and wussified American men are a threat to national security.

“Do you see this affecting national security? How a nation operates in terms of being a strong presence globally?” she inquired.

“Absolutely, without a doubt,” Adams replied. “I think it has wide-ranging implications. Weeps and wussies deliver mediocrity. And men win. And what America’s always been about is winning. So I think it’s pivotal to the health of the country.”

Hasselbeck concludes the segment by reassuring Adams that fixing the problem of the cultural demonization of "real men" is something that they are "working on together."