The U.S. is by far the worst offender 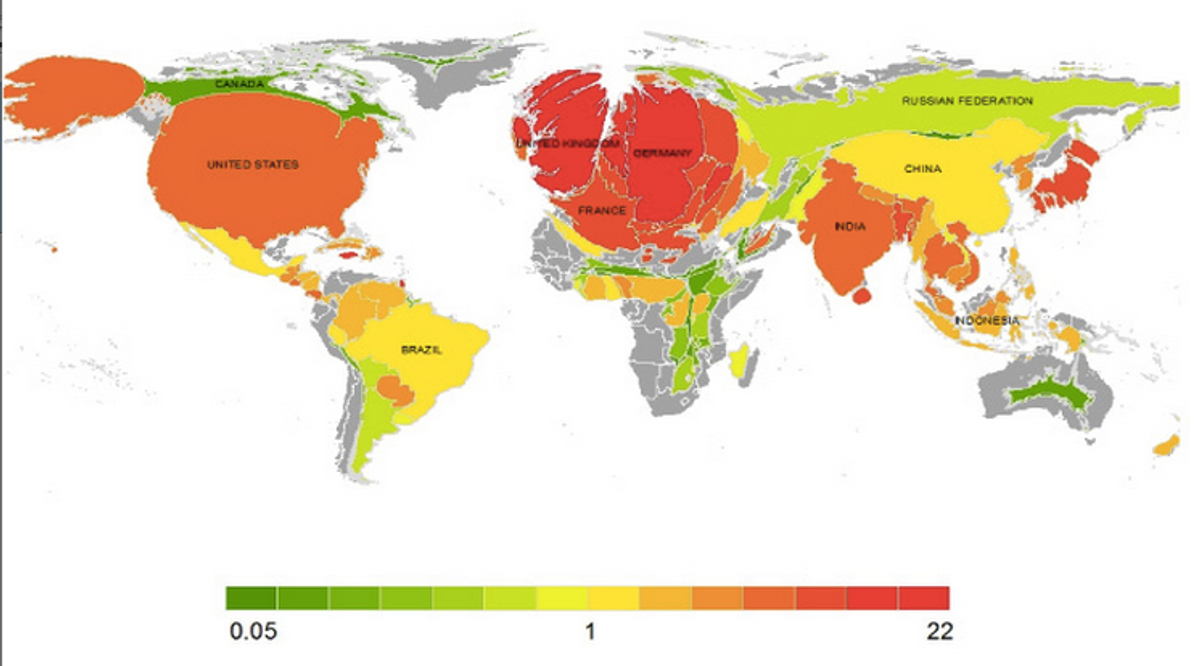 Throughout a century of climate-damaging activity, seven countries have emerged as the worst offenders. According to a new study published in Environmental Research Letters, the U.S., China, Russia, Brazil, India, Germany and the UK top the list.

The research, as digested by New Scientist:

Damon Matthews of Concordia University in Montreal, Canada, and his colleagues calculated national contributions to warming by weighting each type of emission according to the atmospheric lifetime of the temperature change it causes. Using historical data, they included carbon dioxide from burning fossil fuels and changes in land use – such as deforestation. They also accounted for methane, nitrous oxide and sulphate aerosols. These together account for 0.7 °C of the world's 0.74 °C warming between 1906 and 2005.

The US is the clear leader, responsible for 0.15 °C, or 22 percent of the 0.7 °C warming. China accounts for 9 percent, Russia for 8 percent, Brazil and India 7 per centeach, and Germany and the UK for 5 percent each.

The above map shows the U.S., Western Europe, Japan and India bloated by their disproportionate contribution to global temperature rise as compared to their size -- in this visualization, the blame shouldered by Russia, China and Brazil appears less extreme, while places like Canada, Australia and most of Africa all but disappear.

"It is these very questions of equity and responsibility that currently represent major barriers to progress in international negotiations attempting to set national emissions targets, " the researchers write, "and yet are critical to resolve as we move forward with climate mitigation efforts." Of course, as the Onion brilliantly pointed out, 7 billion key individuals are responsible for the global warming crisis -- and we're all equally responsible for working to reduce our contribution to climate change.