Vladimir Putin to gay Russians: "Leave the children in peace"

Putin says his draconian law is harmless, while LGBTQ Russians say to be gay in the country today is "to be silent" 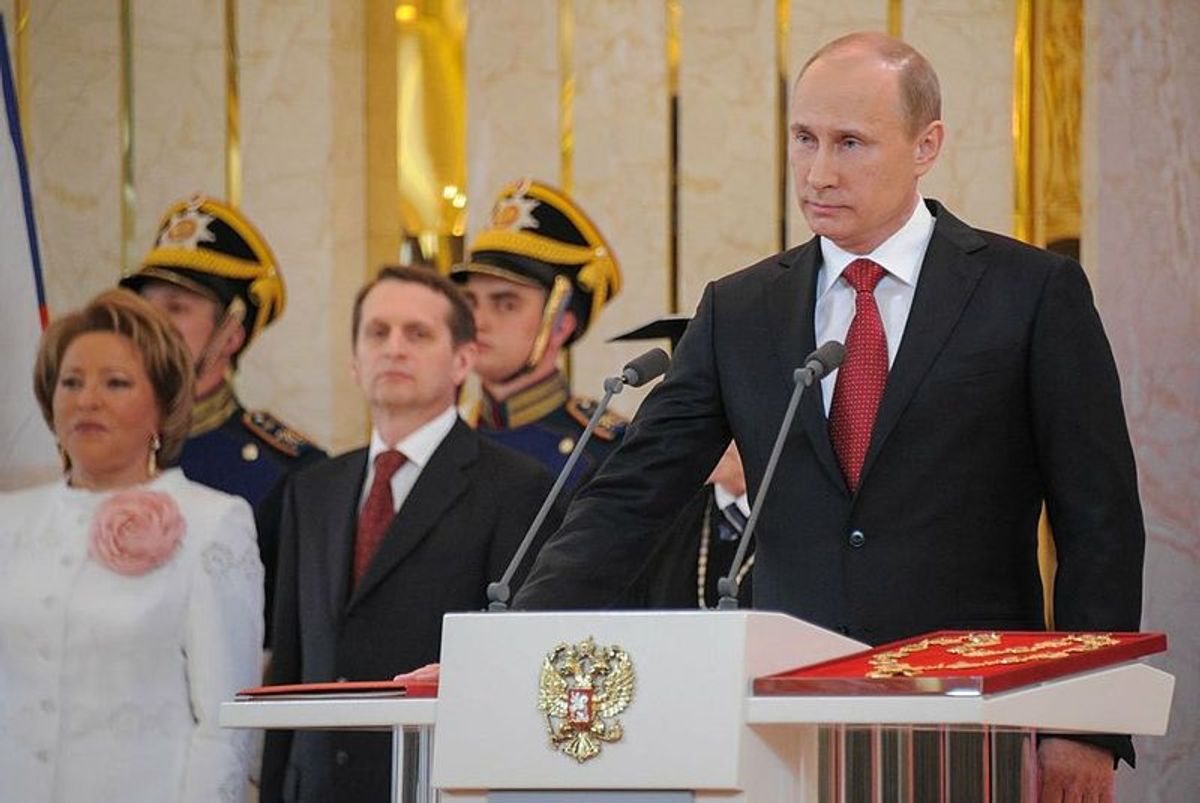 Russia is not "going after" gay people, President Vladimir Putin said on Friday, responding to criticism of his government's crackdown on the movement and free speech of LGBTQ people and their allies.

"There is no ban on non-traditional forms of sexual interaction between people," he continued, according to a report from Reuters. "We have a ban on propaganda of homosexuality. We ban nothing, we aren't going after anyone, we have no responsibility for such contacts."

"But please leave the children in peace," he added.

Several activists have been arrested under the new law for openly discussing gay rights and LGBTQ individuals have been the target of escalating violence, but Putin insisted that LGBTQ Russians and others visiting during the 2014 Winter Games can "feel free and at ease."

Unsurprisingly, LGBTQ families in Russia do not agree with Putin's assessment of the law making it a crime to discuss LGBTQ equality -- or be LGBTQ -- in public.

To be gay in Russia today is "to be silent," one woman told CNN this week.

"To hide. Not to show, to give basis for rumors in the office. To be respected at work you have to keep silent," the woman's partner added.

As CNN also notes, lawmaker Alexei Zhuravlyov has reintroduced a modified version of an earlier proposal to strip LGBTQ people of their parental rights; the new measure would deny child custody to any parent who leaves a straight relationship to be with a same-sex partner.

By way of explanation Zhuravlyov said, "In case any parent openly propagates homosexuality and only in this case, if the family splits, a child should exclusively stay with a parent who has heterosexual way of life."