What it's like to be a red carpet reporter at Sundance 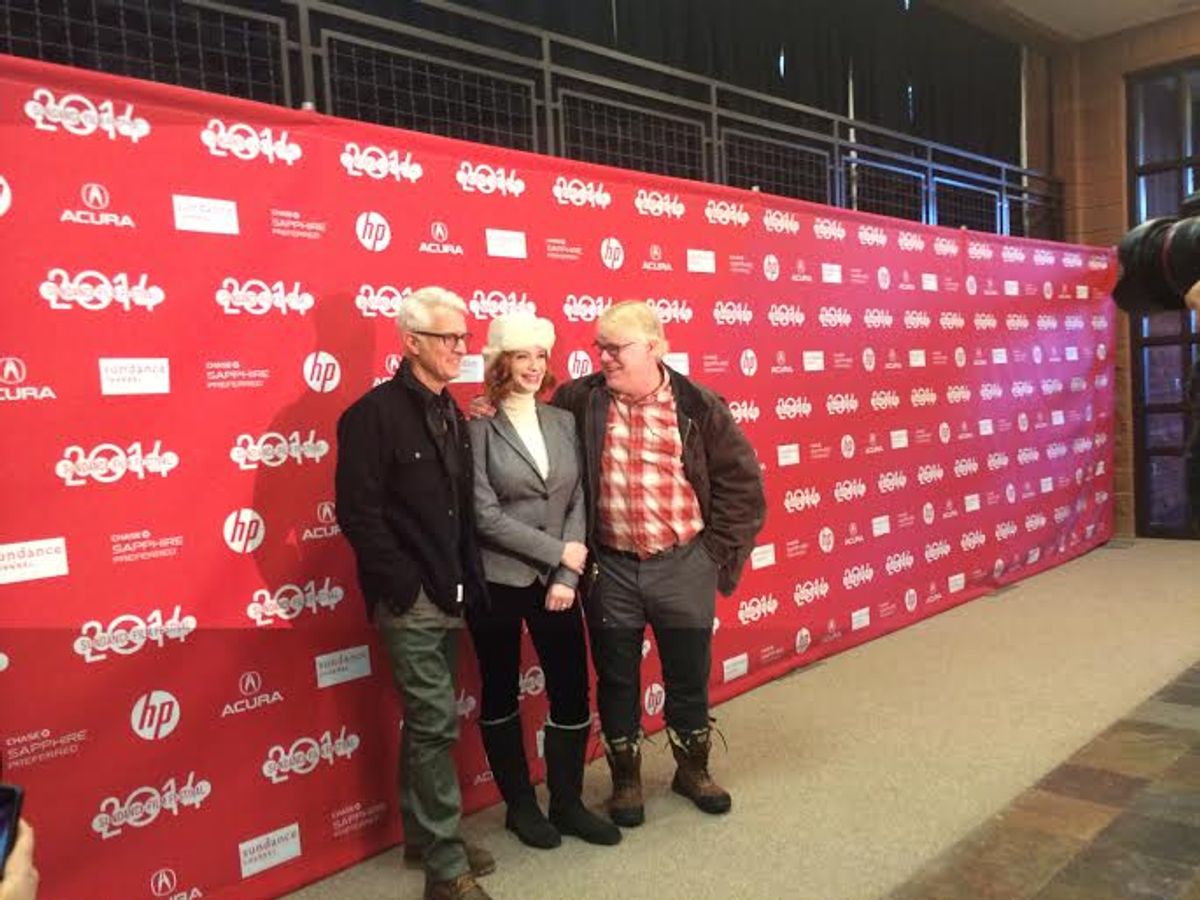 Members of the press began to shuffle into the Eccles Center at Park City’s Eccles High School at 2 PM, an hour and a half ahead of the Sundance premiere of John Slattery’s directorial debut film, “God’s Pocket.” Eventually at least 100 people toting cameras, backpacks, heavy sweaters, coats, extension cords, recording devices and note pads would be crammed in between the wall and a rope that sectioned them off from the five or ten celebrities who’d walk through later.

Unbeknownst to me -- but well-known to every other reporter who has done this before -- there is a hierarchy in this line based on what medium you work for. Print (online is considered “print”) is in the back. Video, even for smallish web sites, is king, and people with huge cameras and tripods get the prime real estate at the beginning of the line.

A publicist taped 8.5’’ by 11’’ printer paper on the floor with the names of our outlets, where we were to stand for the next hour or so. There must have been at least 40 pieces of paper on the floor, each about an inch or two apart -- bad news for anyone who was more than 11’’ wide.

But, like summer camp bunkmates, red carpet reporters have long figured out that the whole process is smoother if you’re friendly with the people around you. (Also, please have good breath!). Small talk transforms from a necessary evil to a necessary necessity; it’s impossible and weird to not talk to someone whose nose hairs are brushing the top of your head.

Sure, there are characters (one woman told me she was famous for her interviewing abilities, while another man yelled at a reporter who asked a celeb an extra question), and people reveal their quirks almost immediately due to the inherent weirdness of the situation they’re placed in. But when I mentioned this was my first time covering a red carpet event, one woman next to me talked over her questions and then reviewed mine with me, giving me pointers and asking for feedback from me.

Eventually, Christina Hendricks, John Slattery and Philip Seymour Hoffman rolled in, and for 20 minutes, my little contingent of reporters in the back craned our necks and tried to guess what they were talking about. “Who is that man with her?” someone asked of Hendricks (it was her husband), while someone else tried to identify the furry white hat she was wearing. It’s impossible not to gaze at the actors, because the entire thing is set up for gazing, like the zoo. Except that the press is the caged animal, and the celebrities are the humans strolling through. This is what I realized when I lunged at John Slattery and shoved my phone into his face to catch every word he uttered.

That’s when the graciousness of my colleagues subsided a little, and my new best friends turned into frenemies. Hands and arms and recorders jutted out. Someone pushed me into Philip Seymour Hoffman. Anodyne questions from the group -- “What is the most romantic thing you’ve done for your wife?” and “Do you have any funny anecdotes from the set?” -- slid into fawning “I’m Irish too!” or “We’re so lucky!” and I endured another Sundance existential crisis. Is it possible to glean any insight from a 2-minute publicity event?

All things considered, red carpet reporting is a cool way to make a living. But the glamour was lost on many behind the line Friday, it seemed, as one reporter said of the hubbub, “This is fucking ridiculous,” and another, who was furiously texting a colleague to learn more information about "Roger Sterling," complained that “No one sent me any questions to ask!”

But as the celebs went into the premiere and the event wrapped up, my colleagues considered it a success. “They all talked to us,” one woman told me. “That’s pretty good.”