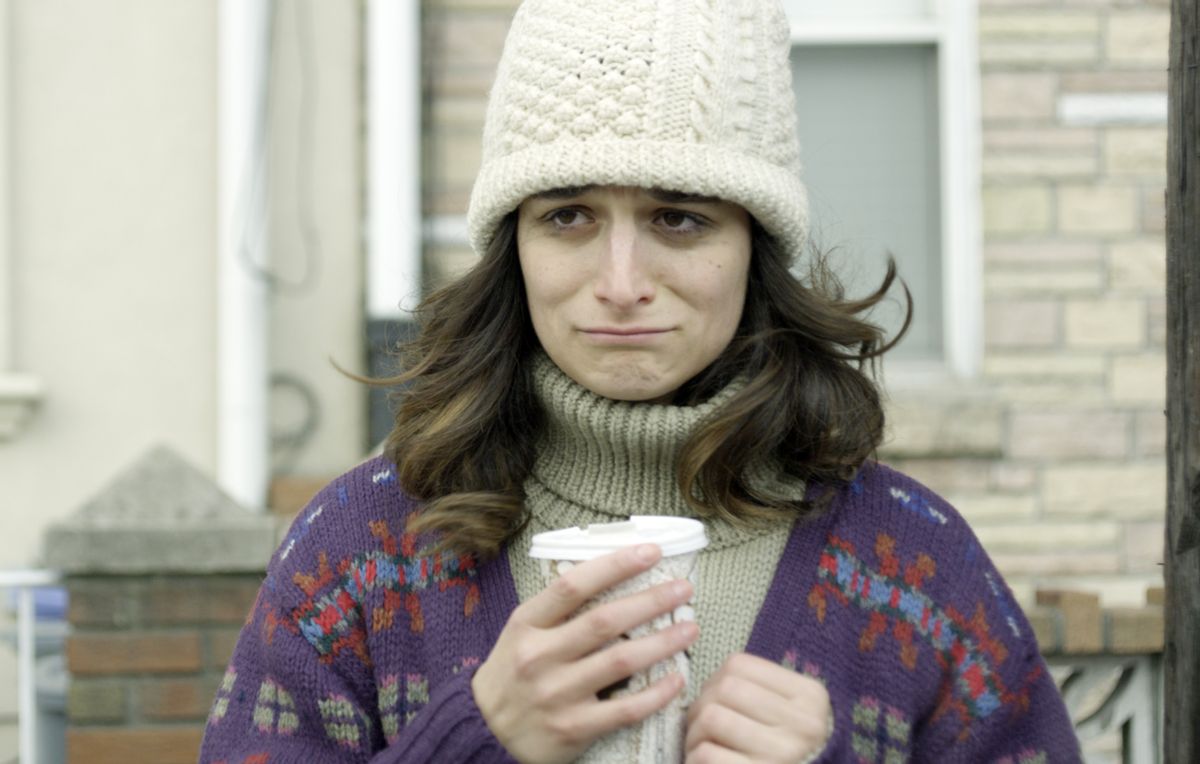 Two years after the release of “Juno” and “Knocked Up,” two critically-acclaimed movies about women who go through with their unplanned pregnancies, director and screenwriter Gillian Robespierre saw an opportunity to tell an unplanned pregnancy story that had a very different ending. Her 20-minute short film, “Obvious Child,” starred “SNL” alumna Jenny Slate as a 20-something woman who chooses to get an abortion.

They put it together quickly -- shooting for just four days in Williamsburg, Brooklyn -- but the short was an immediate viral sensation. Five years, one successful Kickstarter campaign, and several rounds of funding later, Robespierre and Slate have expanded the short to a full-length feature film with an all-star cast that includes “Brooklyn Nine-Nine” writer Gabe Liedman, comedian David Cross and actors Richard Kind and Gaby Hoffmann.

“It was my frustration about the portrayal of real women going through real problems and unplanned pregnancy is one of them,” Robespierre told Salon at Sundance, where the movie first premiered. “There was a slew of movies in 2007 which I enjoyed, but they all dealt with unplanned pregnancy with having the baby at the end. And it wasn’t the story that rang true to me or people that I knew.”

In the film, Donna (Slate) is a stand-up comic whose life is falling apart during a break-up. She's facing unemployment and dutifully shuffling between the houses of her divorced parents while hiding the fact that she’s going to have an abortion. She deals with the chaos through stand-up, which is both her emotional release and the way she connects with those around her. Though abortion is a sensitive and often-times political subject, “Obvious Child” hits the perfect tone, delivering an honest, real, and raw comedy about the realities of what happens when a woman gets pregnant but decides she’s not ready to be a parent.

Though she enjoyed “Juno” and “Knocked Up,” Robespierre wanted to write a story about how abortion doesn’t have to change a woman’s life forever and “doesn’t leave an emotional scar.”

“It turns out that a lot of people were waiting to hear this story--men and women,” said Robespierre. “I had a lot of emails from men saying, ‘Thank you for writing this, because the guy is a good guy.’ And women writing say, ‘Thank you so much for writing a story that actually makes sense to me.’”

Still, Robespierre wasn’t sure that a romantic comedy about abortion would have mass appeal until the success of comedian Tig Notaro, whose brilliant, bold, sad and funny routine about having breast cancer went viral in 2012.

Like Notaro’s stand-up, the film’s honesty comes, in large part, from the comedy carried by Slate and Liedman -- comics who play comics. “It felt like me a couple of years ago, before I moved to LA and started writing and stuff,” said Liedman of his character. “I don’t know how much we actually have in common on paper, but the soul of it was definitely true.”

Some of the stand-up from the film, which was a product of collaboration between Robespierre, Slate and Liedman, came from improv and then evolved into jokes in their sets in real life. “That became the first joke that’s in my Comedy Central special, actually. Stuff that I improvised,” said Liedman.

“Obvious Child” is still looking for a distributor, but Robespierre is already set to work on her next film -- a comedy about divorce.