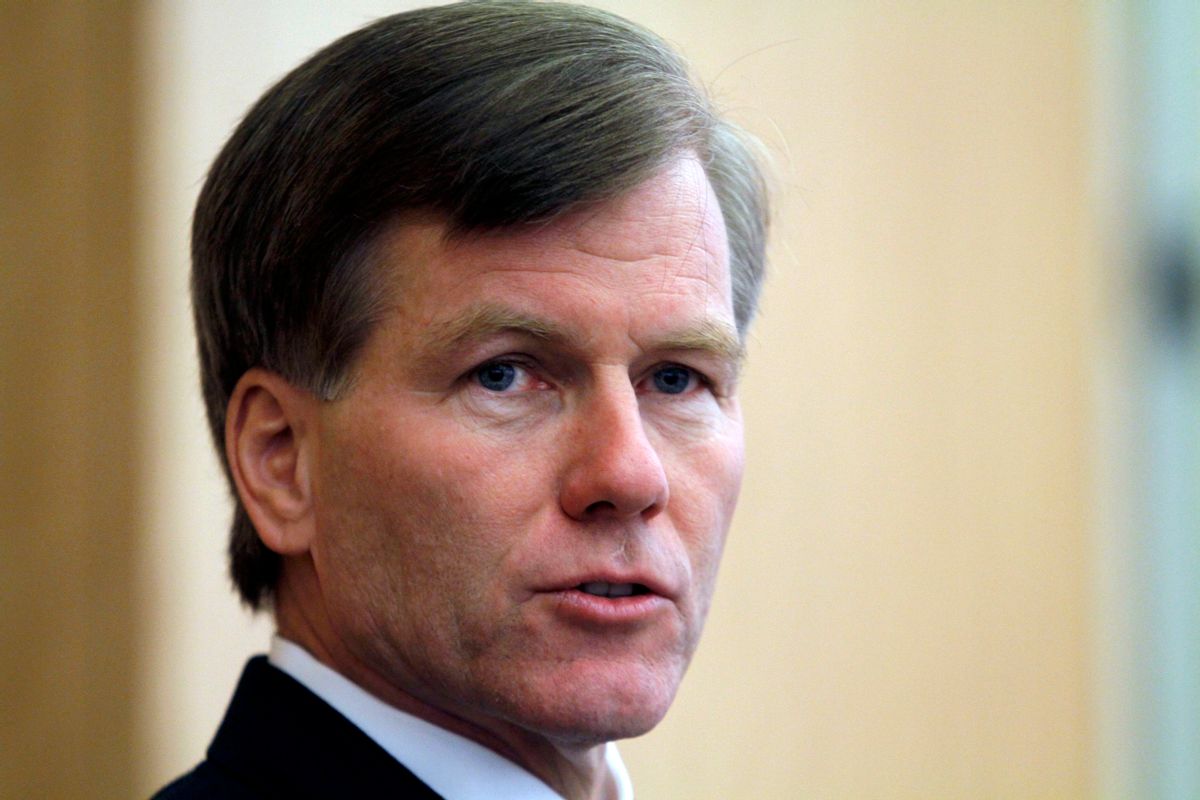 RICHMOND, Va. (AP) — Former Virginia Gov. Bob McDonnell and his wife were indicted Tuesday on corruption charges after a monthslong federal investigation into gifts the Republican received from a political donor.

"Today's charges represent the Justice Department's continued commitment to rooting out public corruption at all levels of government," Acting Assistant Attorney General Raman said in a news release. "Ensuring that elected officials uphold the public's trust is one of our most critical responsibilities."

A federal investigation overshadowed the final months in office for the once-rising star of the Republican Party, with authorities looking into gifts he and his family received from a political donor.

In July, McDonnell apologized and said he had returned more than $120,000 in loans and other gifts from Johnnie Williams, the CEO of pharmaceutical company Star Scientific. He insisted that he had done nothing illegal on behalf of Star Scientific but said he'd do "things differently today than choices I made a couple of years ago."

On Tuesday, McDonnell repeated that apology but insisted he had done nothing wrong.

"I deeply regret accepting legal gifts and loans from Mr. Williams, all of which have been repaid with interest, and I have apologized for my poor judgment for which I take full responsibility," McDonnell said. "However, I repeat emphatically that I did nothing illegal for Mr. Williams in exchange for what I believed was his personal generosity and friendship.

The scandal unfolded around the same time as a separate politically embarrassing case involving a former executive mansion chef who was accused of embezzlement and, in turn, accused McDonnell's children of taking mansion food and supplies for personal use. The governor later reimbursed the state.

The fallout seeped into the general election, with McDonnell playing a low-key role in support of Republican Ken Cuccinelli, who lost to Democrat Terry McAuliffe. Asked why he hadn't been more visible, McDonnell replied, "That's a question for the candidate."