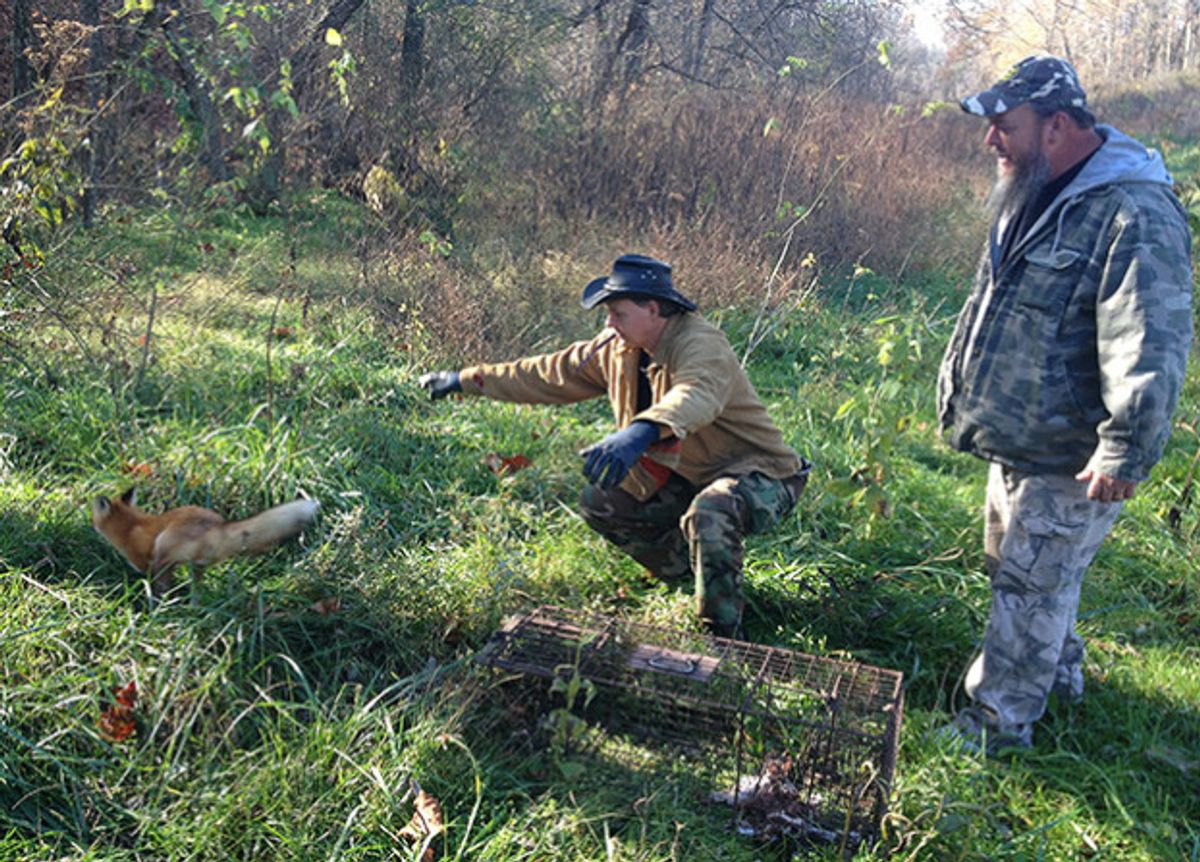 Scene from Animal Planet's "Call of the Wildman" (Discovery Communications)
--

No one can pretend to be shocked anymore when a so-called reality television program turns out to be mostly fabricated. But we should take pause at some of the more drastic allegations being made against one of Animal Planet's hit shows. An explosive exposé from Mother Jones' James West reveals that the producers of "Call of the Wildman," ostensibly a program about "animal rescue," trapped, drugged and otherwise exploited animals, often illegally, all for the sake of entertainment.

"Call of the Wildman," produced in conjunction with Sharp Entertainment and starring "Turtleman" Ernie Brown Jr., is one of the network's most popular programs, as well as being a shining example of what West identifies as the network's "ongoing shift away from educational programming to reality TV." What turns out to have been going on behind the scenes shows just how far it has fallen down that path. West's seven-month investigation, which drew on internal documents, interviews with sources closely involved with the show's production (who risked up to $1 million in damages for breaching their confidentiality agreements) and government documents, exposes a culture far from the animal-loving ethos promoted by the program.

A lot of it is just (arguably harmless) make-believe: A "mama raccoon" turns out to have probably been male; producers crafted fake animal droppings made of Nutella, Snickers bars and rice to make their staged scenes more believable. Treading into more ethically questionable areas, sources told West they were ordered to trap animals that Brown could then pretend to rescue. The show, according to one anonymous source, was 99 percent scripted. According to another, "We would basically pitch the entire script that was sent to Animal Planet weeks ahead of time with the exact animal, and location."

How far the show will go to sell an engaging narrative is apparent in this one example of West's piece:

In another Texas-based episode, "Lone Stars and Stripes," Turtleman chases a zebra that has supposedly escaped from its fenced-in yard at a ranch. He rides in hot pursuit of the animal in the flatbed of his pickup, brandishing a lasso; eventually he corners the zebra and tackles it.

But behind the scenes, things were far murkier. Production sources told me that the zebra seemed woozy during filming; it could barely walk. Animal Planet and Sharp obtained the zebra from the Franklin Drive Thru Safari, an animal park run by a businessman named Jason Clay. In a phone interview, Clay confirmed that he supplied the zebra, but denied using sedatives. Clay is licensed under the federal regulations for animal exhibitors, which specify that "drugs, such as tranquilizers, shall not be used to facilitate, allow, or provide for public handling of the animals," and that handling of animals should not cause trauma, behavioral stress, physical harm, or unnecessary discomfort.

Despite Clay's denial, Animal Planet and Sharp confirmed to Mother Jones that the zebra was drugged before filming, but they say it happened behind their backs. However, Jamie and other sources say that the crew was aware of the zebra's sedation during filming, especially since the animal nearly fell over several times. "I heard about the zebra being almost unusable," says another source. "They sedated it, to get it to be less crazy." Another confirmed that the zebra looked "out of it." Animal Planet admits that producers used an additional, unsedated zebra for supplemental footage.

This video produced by Mother Jones tells another such disturbing story, this one involving three baby raccoons whose "rescue" occurred entirely on the show's terms -- and ended in one of their deaths: