Shooting the same cast for a dozen years, the "Before Sunrise" director crafts an American masterwork 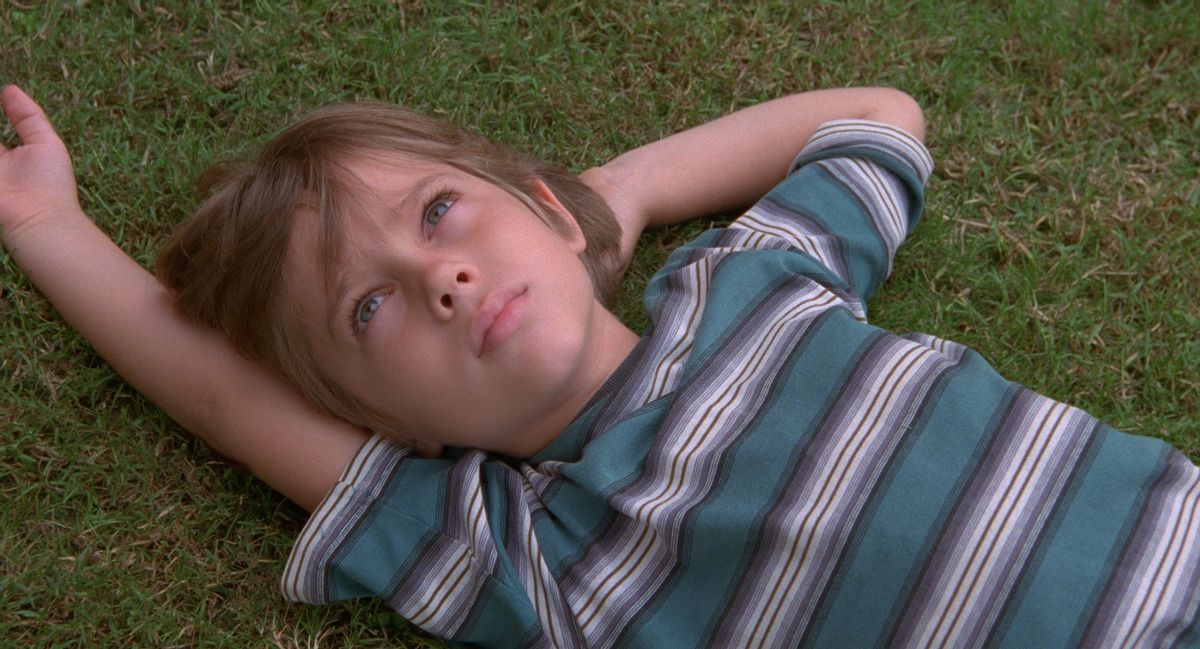 PARK CITY, Utah – After arriving on a predawn flight from New York midway through the third day of this year’s high-expectations, global-warmed edition of the Sundance Film Festival (I had a robotics team to coach back home), I was immediately faced with the consummate festival-goers’ dilemma: Movie or sleep? I’m so glad I skipped the sleep. Other premieres this weekend may have more industry buzz and higher commercial ceilings, like Kristen Stewart’s dramatic vehicle “Camp X-Ray,” or Keira Knightley’s turn to indie comedy with “Laggies,” and I haven’t seen either of those yet. But Richard Linklater’s “Boyhood,” a moving and memorable 12-year epic of family life that isn’t quite like anything else in the history of cinema, already feels like this year’s Sundance moment.

“Boyhood” was the last film added to this year’s Sundance lineup, largely because Linklater didn’t finish shooting it until October. That marked the end of a remarkable production process that goes back more than 4,000 days, to 2002, as Linklater told us after what was billed as a special preview screening on Sunday night in the packed Eccles Theatre here. The idea behind the film is both dramatically simple and logistically next to impossible: Follow the life of a boy and his unexceptional Texas family from childhood to adulthood, but do it in real time, bringing the cast back together every year to film new episodes. Despite the immensely extended production process, this is a low-budget indie: According to Linklater, there were only 39 shooting days spread across a dozen years! (Full credit should go to producer Jonathan Sehring of IFC, who agreed to finance this wildly improbable venture.)

So during the making of “Boyhood,” young actors Ellar Coltrane and Lorelei Linklater (the director’s daughter) went from being elementary schoolkids to college students, just as their brother-and-sister characters do. Playing their parents, Patricia Arquette and Ethan Hawke visibly change too, going from impulsive, attractive and self-destructive young people to the compromises, devil’s bargains and minivan purchases of middle age. I felt nearly as crushed as teenage Mason Jr., Coltrane’s character, during a scene near the end when he learns that his dad, Mason Sr. (Hawke), now remarried with a new baby, has sold the vintage black Pontiac GTO that defined him as a younger man. In fact — and this is the beauty of the film, and the profundity — I felt that I was experiencing that moment from both guys’ perspective at the same time. Of course the Toyota minivan makes sense, in the context of Mason Sr.’s real life. (And he made a killing from selling that GTO!) Still, it’s a painful moment of disillusion, and one whose mark the quiet and introverted Mason Jr. will carry with him forever.

This isn’t the time and place for a full review of “Boyhood”; for one thing, it might not be done yet. The cut we watched in Eccles runs nearly three hours (on old-fashioned 35mm film!), and had no final credits or music clearances for its outstanding soundtrack, Linklater said. While I’d hate to lose a minute of the time I spend with this fictional family, and the film’s measured and organic pace is entirely deliberate, it’s possible that discreet snips will smooth out a few languid and uneven patches. For another, there’s almost too much to talk about. Linklater is able to make this “ordinary” story of Middle American family dysfunction — a story lacking nearly all the ingredients that count as dramatic in motion pictures, a story of divorce and remarriage, of families blended and broken, of first love and heartbreak and awkward ballgame outings and the Texas landscape, from wilderness to suburbia — into something transcendent and universal, a chronicle of joy and tragedy and loss and time that’s at least as profound as “The Tree of Life” and a whole lot easier to understand.

Although Mason Jr.’s transit from boyhood to manhood provides the narrative spine, and Coltrane is a moody, dreamboat-handsome young actor who holds the camera’s gaze, “Boyhood” is just as much the story of the two adults, Mason Sr. and Olivia (Arquette). They’re a couple who got married too young and have already hit Splitsville by the time we meet them, and both people are flawed and complicated characters for whom we feel immense compassion. Mason Sr. is in most respects a better dad than the sequence of abusive, alcoholic husbands Olivia tries out later, but he’s also an irresponsible GTO-driving Peter Pan type, who wants all the most dramatic parts of fatherhood without putting in the work. Our sympathy flows most naturally toward Olivia, an undeniably heroic single mom with a pattern of dubious decision-making. Part questing spirit and part nesting instinct, she keeps pushing her kids around the Lone Star State in search of an elusive dream of normalcy and stability, before understanding she must create and define those things for herself.

What we have here, on first viewing, is something awfully close to a masterpiece of American moviemaking, as well as a film that uses time to tell its story in an unprecedented fashion. One of the precedents, I suppose, is the love-and-marriage trilogy beginning with “Before Sunrise” that Linklater has made with Hawke and Julie Delpy, although those tell discrete stories separated by many years. “Boyhood” is something else again, almost a combination of Michael Apted’s “Up” documentaries, Bergman’s “Fanny and Alexander” and Orson Welles’ “The Magnificent Ambersons,” but translated into Linklater’s Texas-Zen indie idiom and the world of the 21st-century American family. It’s a world of marvels, one I can’t wait to experience again.