GOP congressman: Wives should "voluntarily submit" to their husbands

In his recently released memoir, New Mexico's Steve Pearce says the family should be run using a chain of command 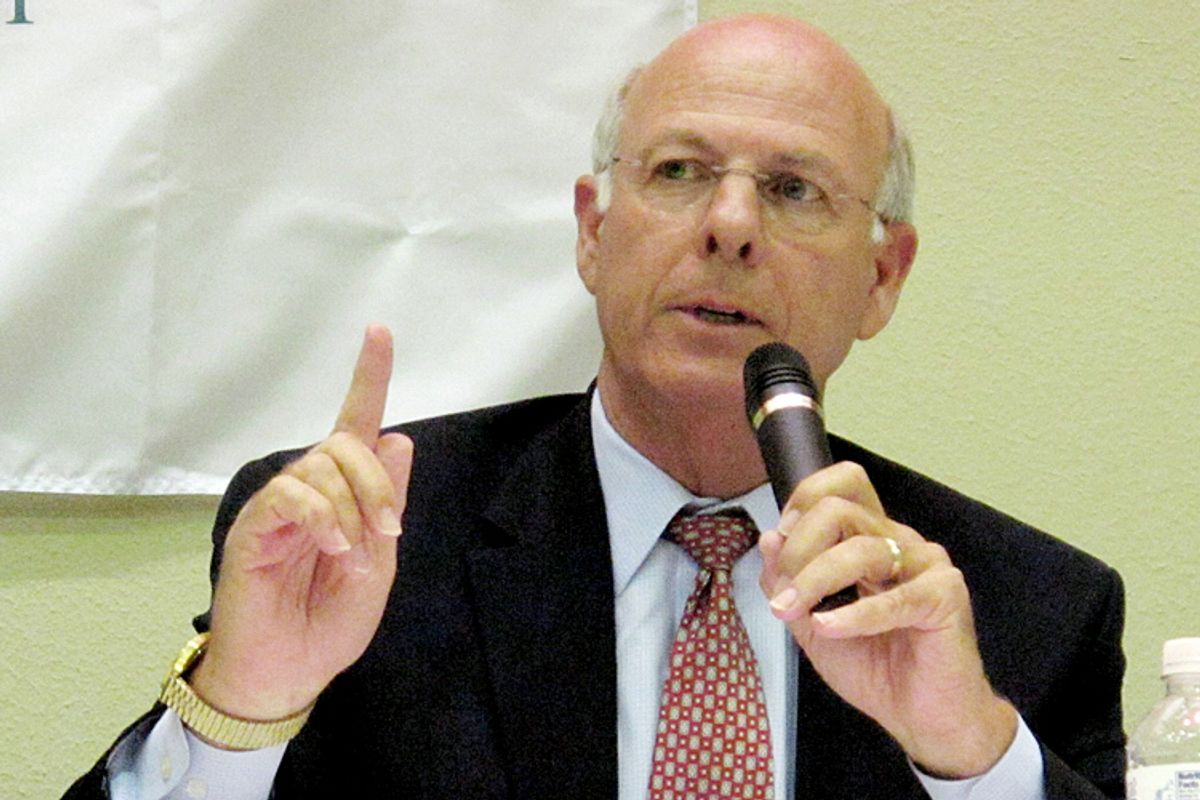 It's a well-established reality of contemporary American politics: The Republican Party is struggling to find ways to better connect with female voters. The "War on Women" and all that.

Well, here's some unsolicited advice to the GOP on how it could perhaps have more success convincing women that they, too, care about their freedom and autonomy — tell New Mexico Rep. Steve Pearce to go far, far away.

In his initially little-noticed memoir —"Just Fly the Plane, Stupid!" — Steve Pearce argues that, like the military's chain of command, every household should be run according to a rigid hierarchy. And, wouldn't you know it, guess who Pearce imagines should be at the tippy-top of the family pyramid? Steve Pearce!

Not just Pearce, of course, but rather all men, in the Republican's opinion, should be the clear and undisputed masters of their families and homes. And best of all, it's all based on the Bible. (For more on this disturbingly widespread belief within the right-wing Christian fundamentalist community, check out this report from Mother Jones.)

"The wife is to voluntarily submit, just as the husband is to lovingly lead and sacrifice," Pearce writes. "The husband’s part is to show up during the times of deep stress, take the leadership role and be accountable for the outcome, blaming no one else."

No doubt anticipating that writing about how women should submit to their husbands might give people the impression that he thinks women should assume the subordinate role to their husbands (via submission), Pearce assures the reader that this Bible-based understanding of marital relations is "not a matter of superior versus inferior; rather, it is self-imposed [by the wife] as a matter of obedience to the Lord and of love for her husband." Got it?

At the very least, Pearce is self-aware enough to know that his views are not without their detractors. "The principle is among the most controversial of all directives coming from the Bible," he writes. "Critics abound, both Christian and non-Christian. Many of my friends dealt with the directive by ignoring it ..."

Anyway, good luck with the whole rebranding thing, GOP. You're going to need it.