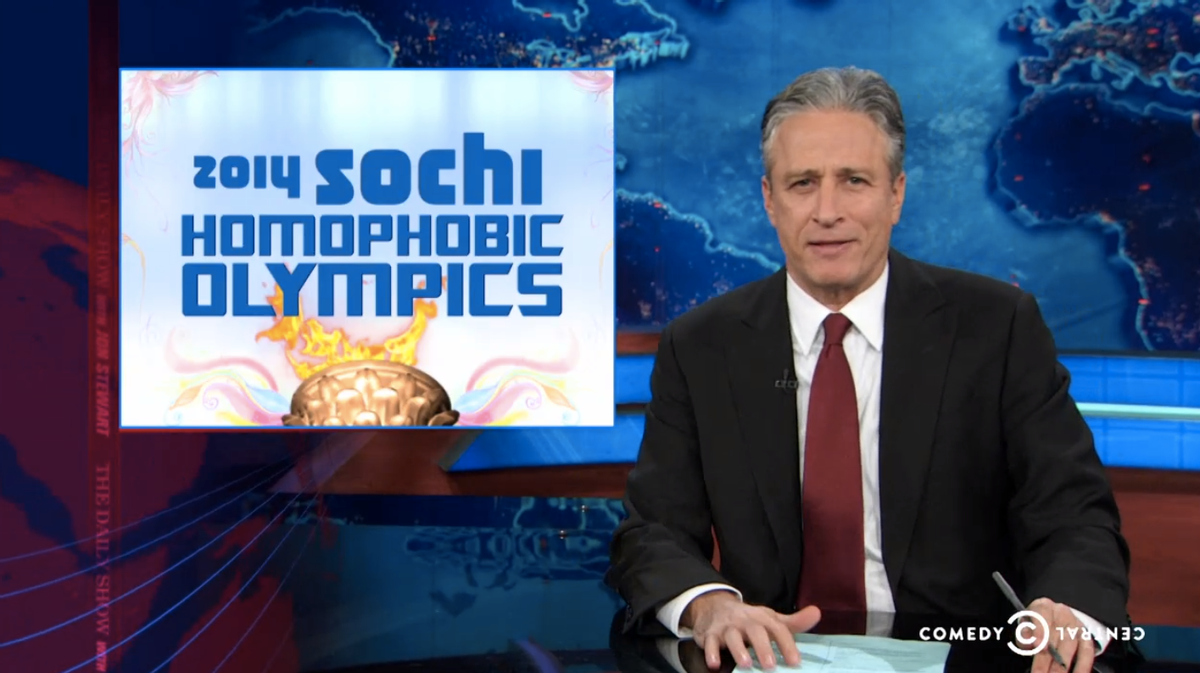 The 2014 Olympics are just weeks away in Sochi, and competition is fierce -- and not just for the traditional games. According to "The Daily Show," a concurrent global competition is underway to see which nation takes the gold for rampant homophobia.

Russia, as the games' host country, has home-field advantage, Jon Stewart noted last night. (Their tourism motto, he quipped, might as well be "Russia: Where the police don't always help the people beating you.") President Vladimir Putin's plea for gay people to "leave the children in peace," he adds, is sure to guarantee gold in the prestigious "gay people/pedophile conflation" event.

With India, Nigeria and Uganda's new anti-gay legislation, it looks like Team USA no longer has a spot among the "homophobic hopefuls." But between a Bachelor star's claim that gay people are too "perverted" to be on the show to a Utah man's hunger strike against gay marriage, Aasif Mandvi argues we shouldn't count ourselves out just yet: