The tech protests get personal -- and ugly

Breaking the rules of a civil society: Activists target a Google engineer at his Berkeley home 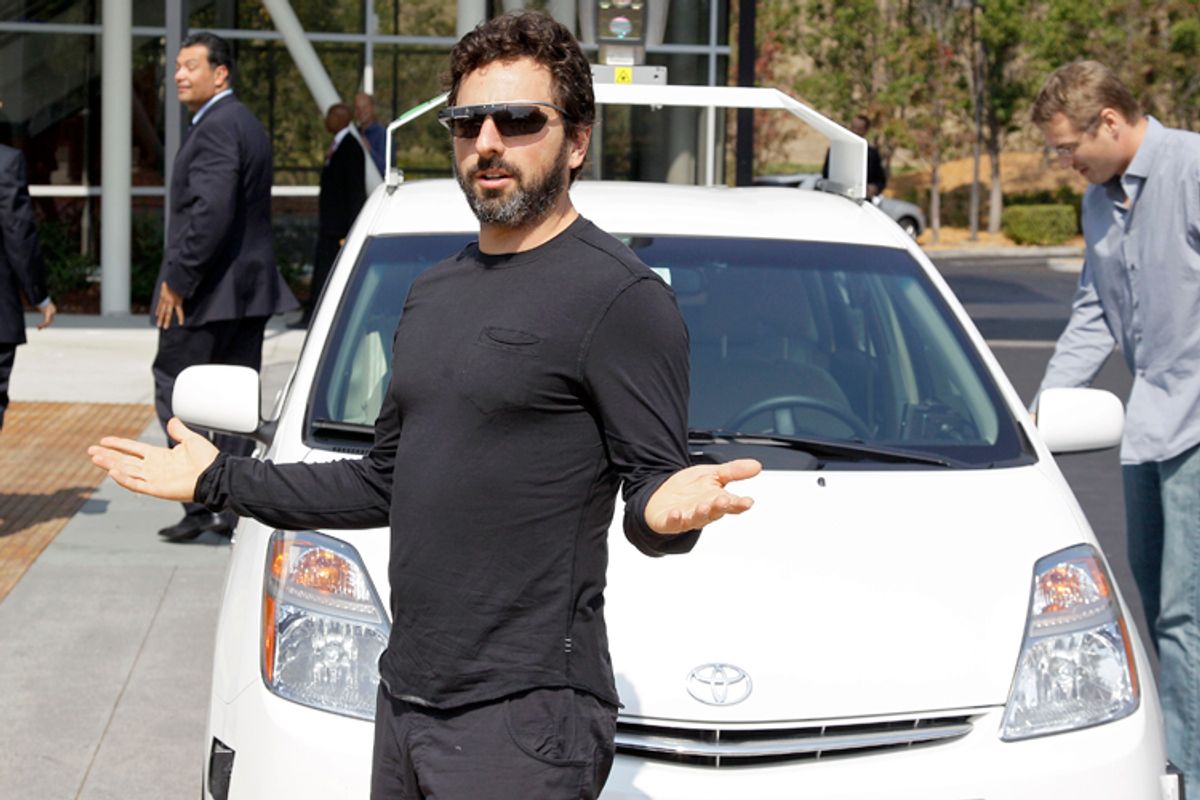 On Tuesday, an activist group styling itself the "Counterforce" took the San Francisco Bay Area "protests" against tech-boom-driven gentrification to a new, absurd and potentially dangerous level. They rallied in front of the Berkeley home of Google engineer Anthony Levandowski, ringing his doorbell at 7 a.m. and passing out fliers in his neighborhood that claimed he "develops war robots for the military and builds surveillance infrastructure."

Levandowski, according to Ars Technica, is "best known for helping develop the company's self-driving car."

After previous actions against the Google buses, many critics insisted that the individual Google employees are not to blame. Taking this deeply to heart, we chose to block Anthony Levandowski's personal commute. We also respectfully disagree with this criticism: We don't see one action as better than the other. All of Google's employees should be prevented from getting to work. All surveillance infrastructure should be destroyed. No luxury condos should be built. No one should be displaced...

We will not be held hostage by Google's threat to release massive amounts of carbon should the bus service be stopped. Our problem is with Google, its pervasive surveillance capabilities utilized by the NSA, the technologies it is developing, and the gentrification its employees are causing in every city they inhabit. But our problem does not stop with Google. All of you other tech companies, all of you other developers and everyone else building the new surveillance state -- We're coming for you next

Delivering passionate rhetoric at a public hearing on city policy toward private shuttles is part and parcel of how a democratic society operates. But slashing the tires of Google buses, confronting individual employees at their homes, and engaging in ludicrous character assassination is not how a civil society operates. It is, as one longtime Bay Area resident observed, " a group of people violently broaching civic norms" in pursuit of their own ideology.

It is also an act of demonization sure to backfire. I have a hard time imagining a more effective way to rally public support for tech workers than this display of juvenile delinquency. The intersection of new technology and growing income inequality presents us with plenty of real, and very difficult, issues to grapple with. How we build a fairer society that treats everyone with respect is something everyone who lives in the Bay should be concerned with.

Warning that "we're coming for you next" is not how you solve the hard problems. It's how the extreme left demonstrates its willingness to wallow in the same mud as the extreme right. It's an invitation to violence, and a guarantee that innocent people will get hurt.