Why a gay version of "The Bachelor" would never work

The star of "The Bachelor" has been slammed for saying there can't be a gay edition. He's right! 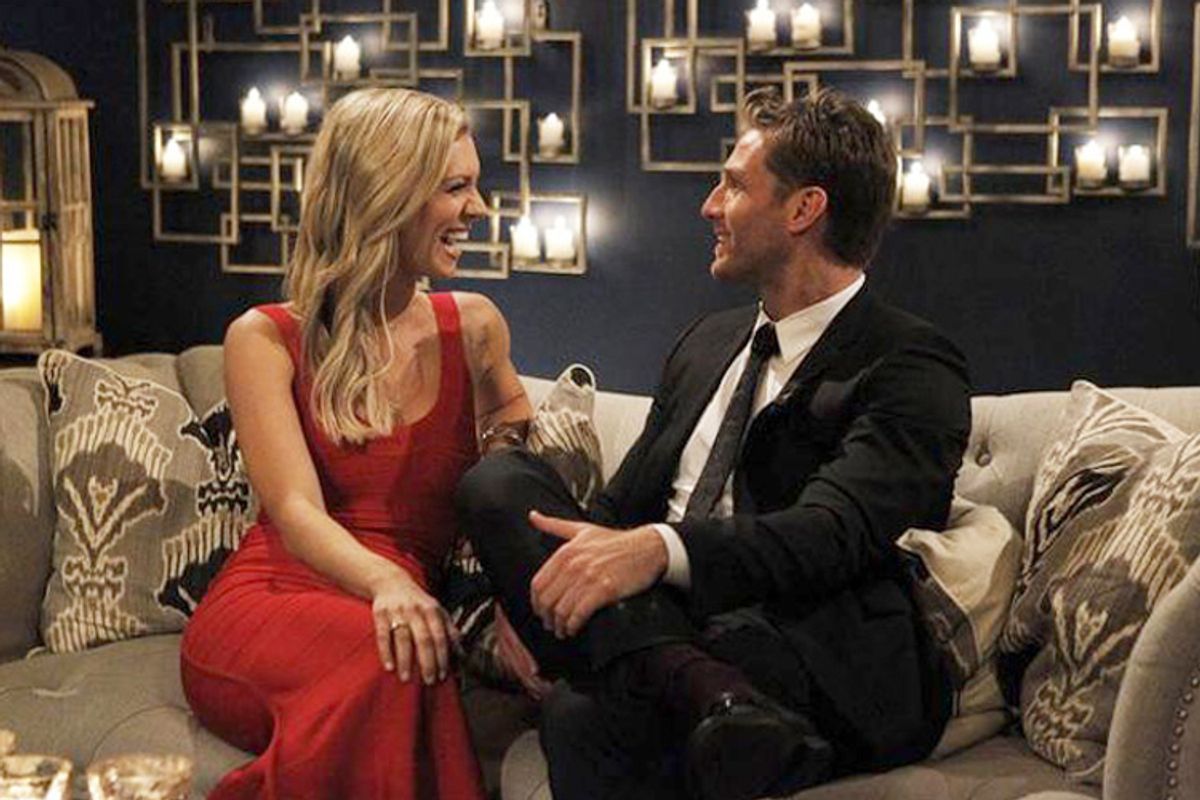 "The Bachelor" franchise, which has survived years of broken engagements, spoiled outcomes and the plain old ick factor of one man choosing from a passel of women after a visit to the "Fantasy Suite," has been under new assault lately; who'd have guessed the latest "Bachelor" contretemps would be over gay rights?

Juan Pablo Galavis, the current star of the ABC dating show, has been compelled to apologize after telling a reporter that there should never be a gay version of the series:

Obviously people have their husband and wife and kids and that is how we are brought up.  Now there is fathers having kids and all that, and it is hard for me to understand that too in the sense of a household having peoples… Two parents sleeping in the same bed and the kid going into bed… It is confusing in a sense.  But I respect them because they want to have kids.  They want to be parents.  So it is a scale… Where do you put it on the scale?  Where is the thin line to cross or not?  You have to respect everybody’s desires and way of living.  But it would be too hard for TV.

Galavis, who speaks English as a second language, added that gay people were "more pervert in a sense."

The most surprising aspect of Galavis' controversy -- which has seen ABC call its heavily promoted star "careless, thoughtless and insensitive" -- is that anyone thought to ask the "gay Bachelor" question at all. "The Bachelor" is hardly the staging-ground for diverse casting: The current iteration, starring the Venezuelan Galavis, is the show's 18th, but the first with a non-white star. (All nine Bachelorettes, on ABC's sister series, have been white, too.) In 2012, the series was sued by two black men who'd auditioned and been rejected. The case was dismissed on First Amendment grounds -- ABC is entitled to cast whomever it wants, and the notion that the network is going to jump from predominantly white and entirely straight casting to a revolutionary all-gay setup is a bit specious.

Because the thing is, America actually isn't ready for an all-gay dating show. It wasn't when the show aired on Bravo and was called "Boy Meets Boy," back in 2003. That series featured a gay bachelor picking among a set of suitors -- with the surprise twist that some of the suitors were in fact secretly straight, with the practical effect of precluding the possibility of any physical affection between the star and his harem. Sex on "The Bachelor" in those "Fantasy Suites" is, if not made explicit, widely presumed; making out in hot tubs is a staple of the franchise.

Naturally, 2003 was very different than 2014. The only serious attempt at a gay dating show ran concurrently with shows like "Will & Grace" and "Queer Eye for the Straight Guy" -- shows that are generally credited with spreading acceptance of gay people, but that did so by framing homosexuality as an attribute that had to do with just about everything except sex. (Sitcom protagonist Will Truman, you may recall, was deeply unlucky in love until he suddenly rushed into a long-term relationship with a super-masculine firefighter.) "Boy Meets Boy," by design preoccupied with questions of gaydar and identity over and above the elements of dating, in fact set the template for what gay people on television do.

On the only current reality show that is consistently made up of queer people, "RuPaul's Drag Race," the name of the game is craft and skill rather than romance; when competitors aiming to become the nation's new queen of drag do have romances in or out of the game, it's framed as puppyish and chaste. There's been no place on television, really, for gay people dating anyone; a gay man dating 27 people at once is certainly a change, but maybe one no one really needs.

Much of the discussion around how purportedly "boring" the new HBO series "Looking" is perfectly pinpoints why a gay "Bachelor" could never work. Straight people are accustomed to seeing gay people on television as either tragic or wacky -- in both cases either unencumbered by romance or in a sexless companionate marriage of sorts. The process by which love is found -- whether on "Looking" or smoothed and edited for TV by a hypothetical ABC producer -- is so complicated as to not register. And gay people, each seeking representation of their particular manner of being gay, would burden the show with unfulfillable expectations.

While logistical questions -- like how to prevent the Bachelor's dates from dating one another -- would provide a challenge, the real risk of a gay "Bachelor" isn't that people would be, by and large, stunned and offended by perversity. It's that, after decades without gay romance on television, a gay "Bachelor" would shatter the belief straight viewers allow themselves, that gay romance is somehow too raunchy and taboo for their eyes, a mysterious process between tragic singledom and a camp gay wedding that is none of anyone's business. A gay "Bachelor," focused on the quest for love that everyone experiences to one degree or another, would be as boring as any other season of "The Bachelor." Let the Juan Pablos of the world keep it.