Should we be concerned? 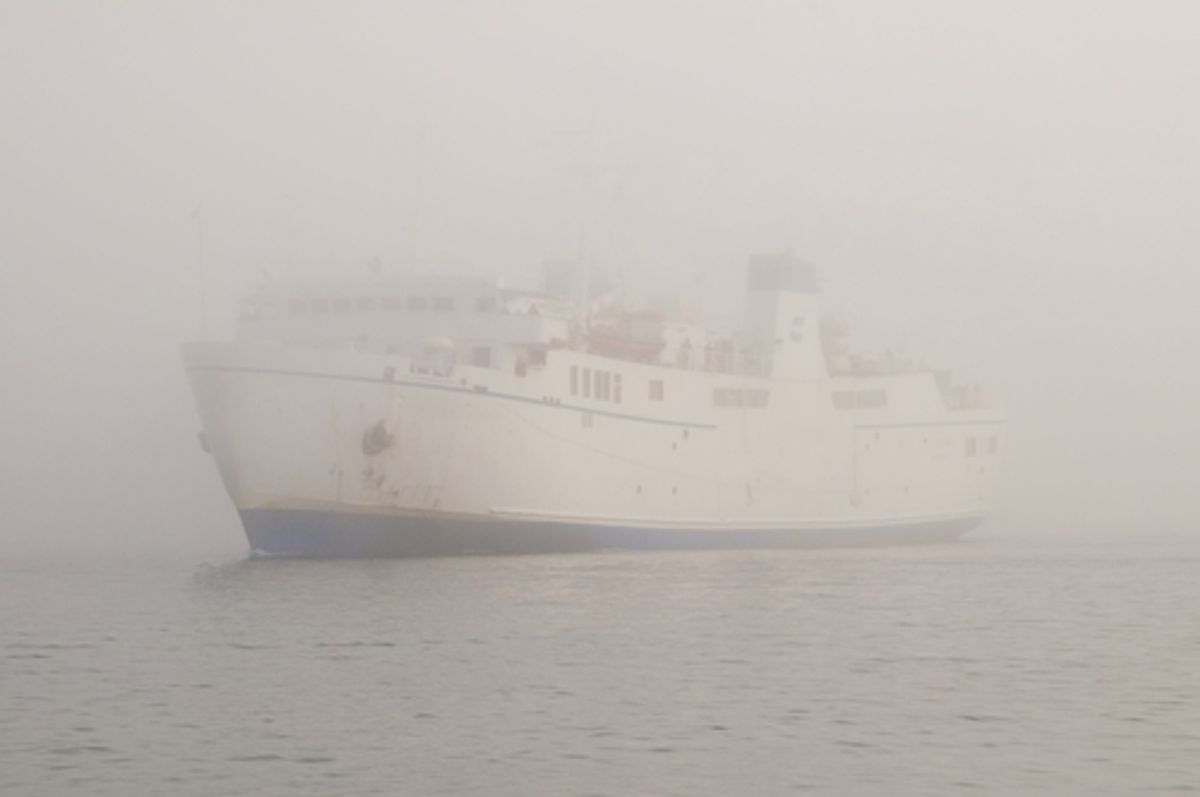 Well, here's a story that sounds made-up. According to "experts," a 1,565-ton cruise liner carrying disease-ridden rats is out there, somewhere, and could very well be headed for Britain.

The ship, which went missing a year ago, has presumably been drifting across the North Atlantic ever since. The Independent's account of what happened next is based in some true facts, and then fluffed up with a lot of conjecture. Here's what appears to be going on:

Not made-up: ghost ships. That's just the term used for ships with no living crew aboard, and according to Quartz, they're not that rare -- sailors have spotted at least seven such ships in the past 15 years.

It's possible that this specific ghost ship, the Lyubov Orlova, sank -- which would pose environmental problems of its own. But its lifeboats are designed to send off signals when they make contact with the water. Only two such signals have been received, presumably from lifeboats that fell off the ship's side. The rest haven't been heard from; ergo, the ship may very well still be out there.

Also not made-up: Canada did it. The Lyubov Orlova was seized by Canadian authorities after its owners racked up $250,000 in unpaid debts. En route to being sold for scrap in the Dominican Republic in January 2013, a storm snapped her tow line. Transport Canada decided not to pursue the ship, declaring that it “no longer poses a threat to the safety of [Canadian] offshore oil installations, their personnel or the marine environment."

Also not made-up, probably: cannibal rats. "Experts" believe the ship could still contain hundreds of rats, which naturally would only have been able to survive this long by feeding off one another. “There will be a lot of rats and they eat each other," Belgian salvage hunter Pim de Rhoodes explained. "If I get aboard I'll have to lace everywhere with poison.”

As for it being "about to make land on Britain’s shore"? This part is mostly conjecture. The last time anyone heard anything from the missing ship was last March, when those two lifeboat signals were picked up. Around the same time, a radar just off the coast of Scotland picked up an unidentified object that seemed like it could have been the Lyubov Orlova. Search planes were never able to locate it, but according to the Independent, this all suggests that the ship had made it two-thirds of the way across the Atlantic and was headed east.

The head of the Irish coast guard, Chris Reynolds, sees this as reason enough to keep his guard up. "There have been huge storms in recent months but it takes a lot to sink a vessel as big as that,” he said. “We must stay vigilant."