Can you make kids love books?

Have high schools replace novels with nonfiction, and other dubious prescriptions for creating a nation of readers 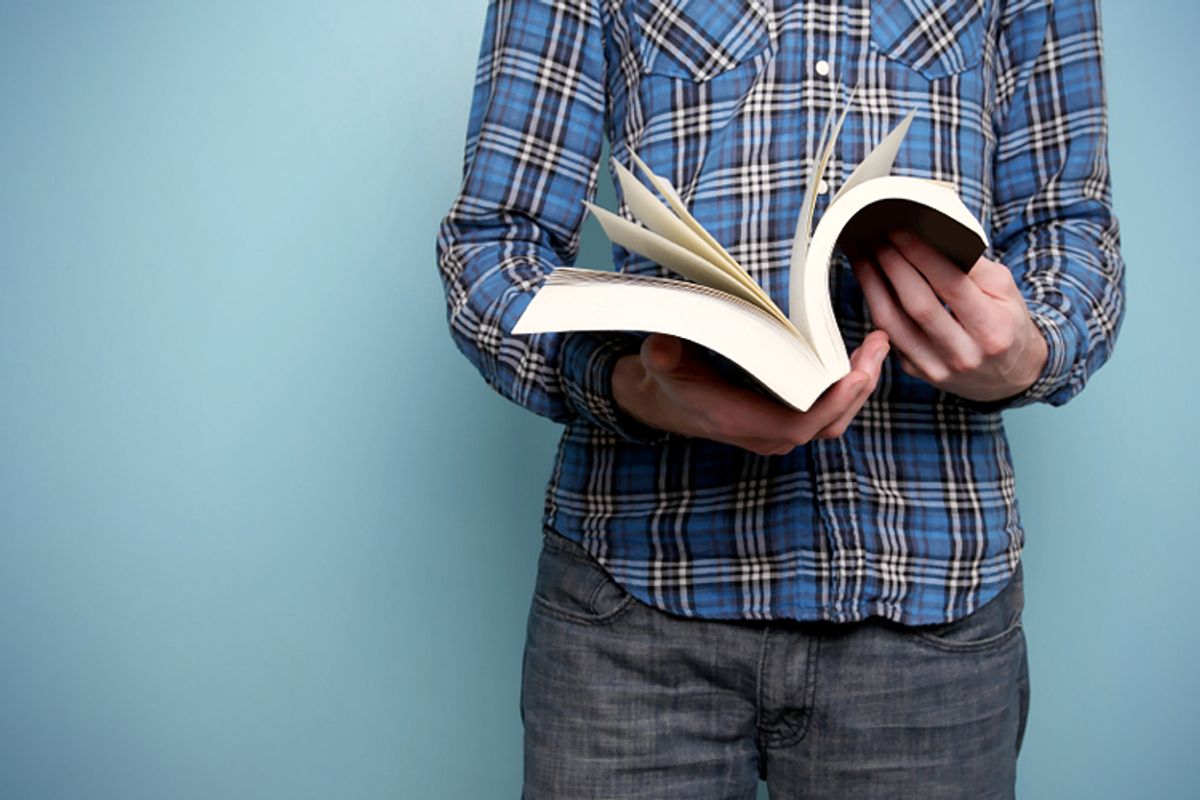 The cultural critic Natasha Vargas-Cooper recently provoked the indignation of many readers (including, I admit, myself) by arguing in Bookforum that it was a bad idea to assign novels to high school students. "Just maybe," she wrote, "the novel is not the best device for transmitting ideas, grand themes, to hormonal, boisterous, easily distracted, immature teenagers." Nonfiction -- for example, the works of Jon Krakauer, Hunter S. Thompson and Joan Didion -- strikes her as a better form "to spark a love of reading, engage a young mind and maybe even teach them how to write in a coherent manner."

Vargas-Cooper isn't completely wrong; her leading example is her own inability to appreciate the "heady though subtle emotions" in "The Sun Also Rises" when she first read it as a high school sophomore. She didn't get that the character Jake is impotent, or she sorta did but failed to grasp why this amounts to a major problem in his relationship to Lady Brett. She appreciates Hemingway's novel now, but back then, with so little life experience to draw from, most of it went right over her head.

I do understand what Vargas-Cooper is getting at in this essay, because I was baffled and bored by "Pride and Prejudice" at the same age. Austen's novel is a comedy of manners, and having no manners to speak of myself at the time, I didn't comprehend its humor. Without that, it's impossible to care about the courtship of Elizabeth Bennet and Mr. Darcy, especially when you're not that keen on love stories in the first place.

But "Jane Eyre"! Vargas-Cooper describes Charlotte and Emily as "those damnable Brontë sisters" who "were shoved down my throat." But "Jane Eyre" electrified me. I instantly recognized that Charlotte's novel was not a romance, but the story of a young woman -- powerless, friendless and despised -- who nevertheless seizes her own destiny and happiness by sheer strength of character. It's hard for me to imagine a teenager who wouldn't respond to such a narrative, but it seems that "Jane Eyre" did not do the trick for Vargas-Cooper, while Joan Didion (whose cool, affectless prose would have annoyed my adolescent self) might have.

Vargas-Cooper partly blames inadequate teachers at the "overcrowded, underfunded" schools of her youth for putting her off novels until her early 20s, and several readers who disagreed with her piece did, too. I'm not so sure. Yes, an inspired teacher can open up the treasure chest of a great book for her students, but that wasn't how I came to love "Jane Eyre." I have no memory at all of any classroom discussion or exercises pertaining to the book. I just read it, the way most people read novels, all by myself. I knew this was my book, that it was somehow about me and bigger than me at the same time. All the teacher had to do was put it in my hands and "Jane Eyre" did all the work.

This is what most adults forget in their pervasive worrying about how to make their kids "better" readers, or readers at all. What might have worked for a teenage Vargas-Cooper would probably have failed miserably with me, and vice versa. Books are not a one-size-fits-all proposition for children any more than they are for adults. When it comes to coaxing an unbookish child to read, the genius of a great teacher lies not in lesson plans but in chemistry, in matching the right book with the right kid. That's what my second-grade teacher Mrs. Belden (may her name be praised!), did when she handed me a copy of "The Lion, the Witch and the Wardrobe," thereby making a lifelong reader out of me.

Contemporary parents, however, can inject so much anxiety into the issue of their kids' reading that even the simple act of handing a child a book becomes too overwrought to do any good. In such cases, cooler, wiser heads -- i.e., children's booksellers -- can be called in. Josie Leavitt, a bookseller and blogger for Publishers Weekly, recently wrote of a 13-year-old girl whose mother "practically cried about her frustrations with not getting her interested in any book no matter how hard she tried." After quizzing the mom a bit about her daughter's interests, Leavitt suggested "The Summer I Turned Pretty" by Jenny Han.

But as important as the choice of title was how Leavitt recommended introducing the book. "Just leave this on the coffee table and say nothing," she told the woman, because "if a parent wants a child to read, then they should not push a book on the child. Let the child discover the book for herself." (A friend informs me that among home schoolers this practice is called "strewing.") Part of the glory of reading is the freedom it offers: to step into other lives, to explore faraway worlds and to embark on outlandish adventures. Something about the very idea of assigned reading (and I say this as someone whose work basically amounts to assigned reading) can sap the pleasure and exhilaration out of the experience.

The pity is, while individual parents may learn from such advice, our educational system is moving in the opposite direction. The rise of the Common Core State Standards Initiative -- an educational plan dictating "what students are expected to learn" in mathematics and English language arts so that they can be uniformly tested and compared to each other -- is ominous. There's nothing wrong with expecting students to have learned to read critically by the time they graduate high school -- in fact, we can all agree on that goal. But the focus on multiple-choice and standardized testing is antithetical to the questing independence and idiosyncrasy that epitomizes how people read when they love reading.