Why, after four decades, did a pop duo call it quits? And why is it such a big story now? 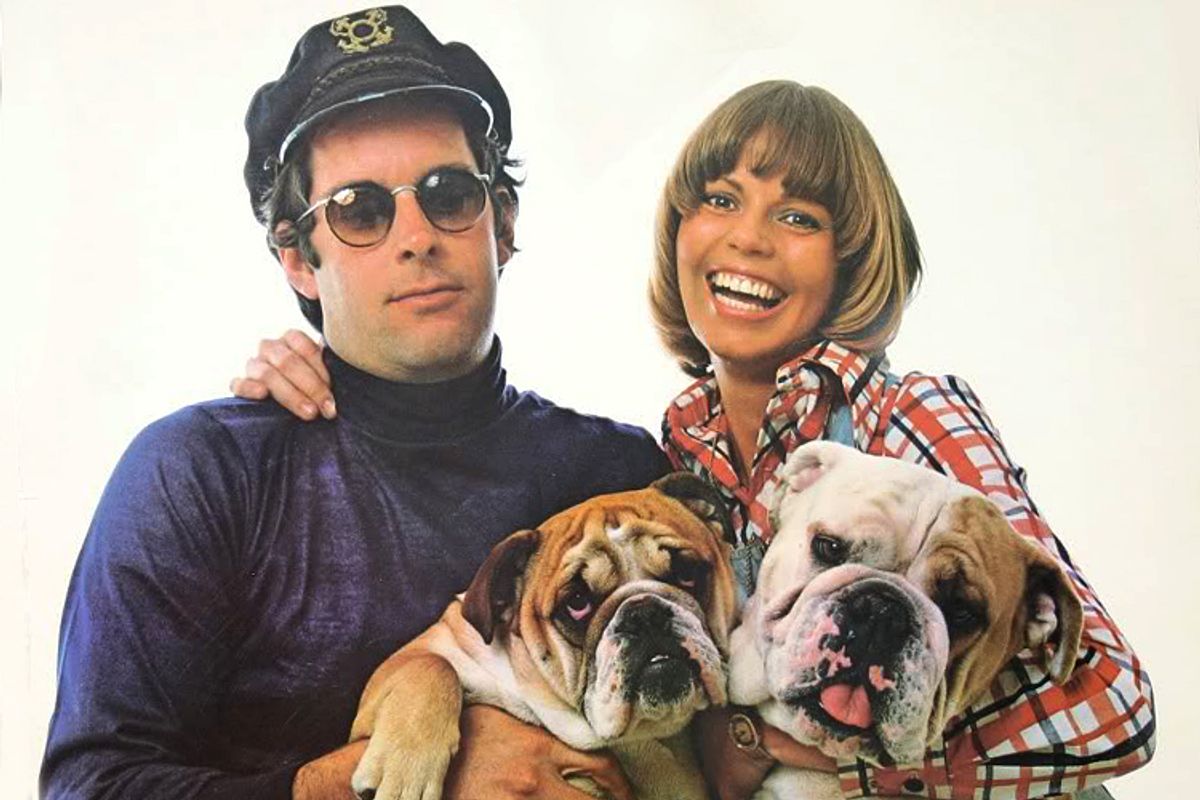 Look, we all said things in the seventies we couldn't live up to indefinitely. So when Daryl "Captain" Dragon and Toni Tennille sang that "I will be there to share forever," they meant more like four decades. The keyboard-playing husband and wife music team are heading for divorce.

The duo are best known for their string of seventies and eighties-era hits, including the now-ironic "Love Will Keep Us Together," and for Dragon's apparent delusions of nautical credentials. They were, as a colleague noted Thursday, the "Kim and Thurston of yacht rock."

They were part of an era in which married couples making pop music together was somehow a pretty common event. But they never possessed the explosive volatility of Ike and Tina. And though they briefly had their own spangly television variety show, (during the Ford administration, everyone in show business was required to) they rarely exhibited the snarky tension of a Sonny and Cher either. Instead, Tennille sang with an almost uncomfortable earnestness to her frequently embarrassed-looking man, pleading with him to "Do That to Me One More Time," because she never wanted anything "The Way I Want to Touch You." She wrote the latter song in 1972, when she was first falling in love with Dragon, and later recalled, "There I sat, at the crummy piano, thinking of Daryl and my feelings for him, and out came the song." In public, Dragon meanwhile remained the taciturn Teller to Tennille's bouncy, bowl-cut-sporting Penn. He was the captain, but she was always the cruise director. And if you were not alive in that time period, you likely cannot imagine how ridiculously huge they were. You turned on the radio, there they were. Turned on the TV, there they were, Toni smiling widely and Dragon looking like a guy who got dragged along on a bra shopping expedition.

And so they sailed on together, even as times changed and their perky brand of romantic hit-making waned. They receded to a more quiet lifestyle of occasional performing and recording, leaving much of the world to forever wonder just what in the holy hell "Muskrat Love" was all about. The Captain was diagnosed with a neurological condition similar to Parkinson's in 2009, a situation that causes him to, in Tennille's words, "have tremors...pretty severe at times.... that interfere with his ability to play keyboards."

When the 73 year-old Tennille filed divorce paperwork in Arizona last week, she called their marriage "irretrievably broken." Their Web site now features a hastily added update referring to them as an "ex-husband and ex-wife duo" and says that "The Captain & Tennille appeared to the public as them being the ideal model for a 'rock-solid' married pair. But almost all people naturally evolve over time, & sometimes hidden feelings start to be uncovered… Until the umexpected [sic] announcement, that divorce-proceedings were officially in motion in JAN. 2014, the seemingly, happily married couple, gave the true impression that, 'love had kept them together', but, any way one might look at it; their music remains a lasting legacy of beautifully crafted pop gold."

For a couple in their seventies to call it quits may seem like an unusual move, but the reality is that the divorce rate among couples over 50 doubled between 1990 and 2009. That demographic now makes up a quarter of all divorces. But why? The Captain, told TMZ this week, "I don't know why she filed. I gotta figure it out for myself first." He adds that they're still living together. TMZ also notes that in the divorce documents "there's special mention about health insurance coverage." The Wall Street Journal's MarketWatch speculates about whether the divorce is a gambit to improve Dragon's medical coverage, though his shock at his wife's decision suggests otherwise.

While the full details of what caused the marital bust-up are not known, what's surprising about the news is how big it is. Major news outlets from the LA Times and ABC News  and Washington Post scurried to post big stories about the breakup, and to wonder what happened to a couple that had been America's sweethearts such a very long time ago. If it hadn't been for Bieber, this would be, strangely enough, the biggest entertainment story of the day.

Maybe it's that the Captain and Tennille represented an unabashedly corny moment in music that seems impossible to even understand now – their music doesn't have the timelessness of say, Elton John or Carole King's or even the Carpenters' outputs from the same period. Instead, they seem fixed in boating attire amber, forever stuck in a moment of youthful declarations of eternal loving keeping us together. That they've changed seems somehow surprising. But even muskrat love doesn't always go on forever.