GOP Rep. Louie Gohmert is bringing Sean Hannity to the State of the Union 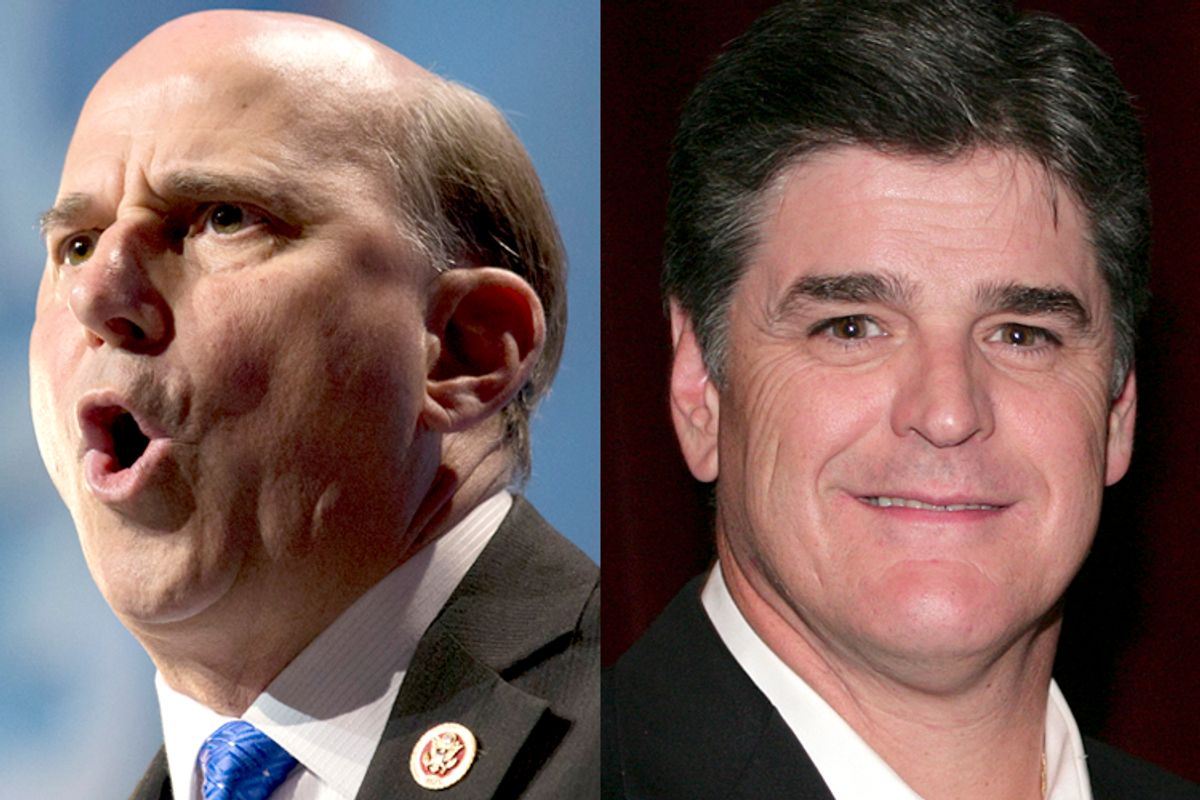 Fellow Texas Rep. Louie Gohmert must've thought Stockman had a bright idea — but rather than give Nugent another go, he's bringing Fox News' Sean Hannity to this year's SOTU instead.

Hannity recently announced he would join Gohmert for the president's big speech. And while the presence of the Fox News host and talk radio star is unexpected, it's not exactly shocking. Gohmert filled in for Hannity on his radio show during the summer of last year.

Alongside his sharing news of Gohmert's invitation, Hannity also told viewers of his Fox News show that he'd "think about" running, but only after he fulfilled his recent vow to move from the state of New York to either Florida or Texas.