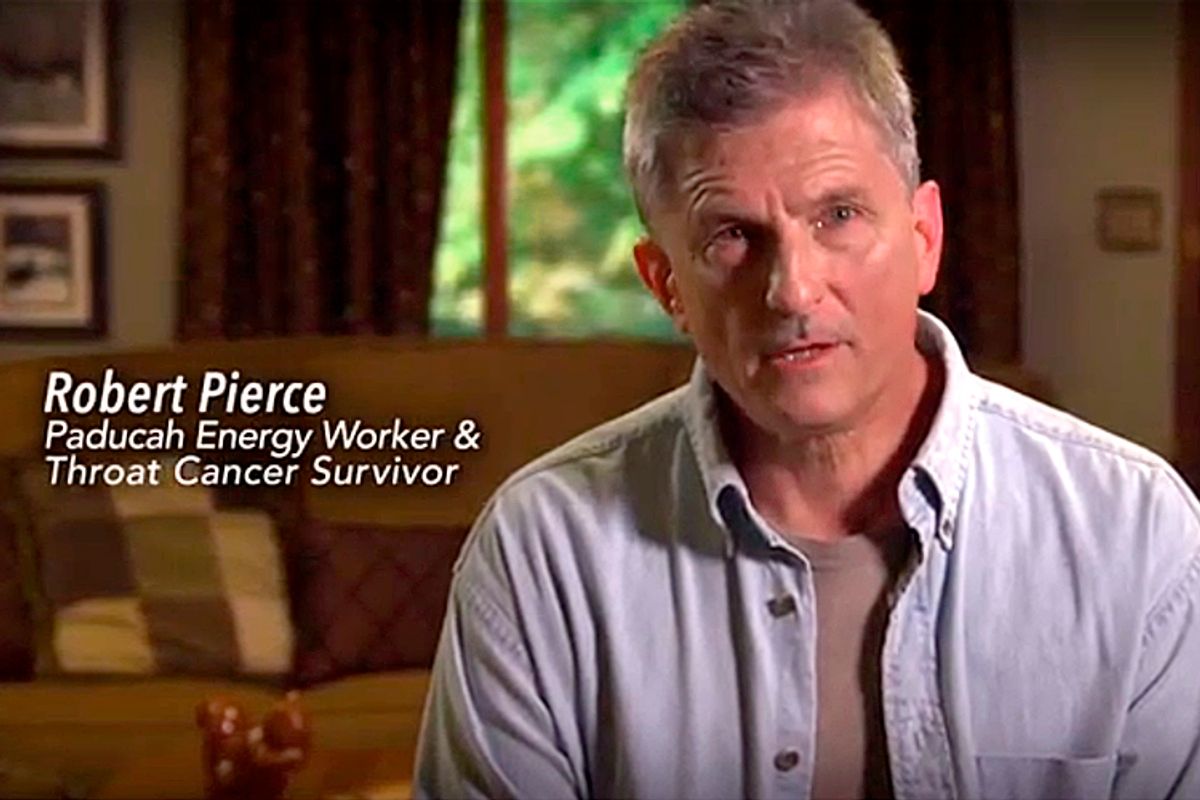 Mitch McConnell’s new ad for reelection has many in the political class stunned. The spot, which focuses on delivering health assistance to sick workers and standing up for working families, is “fascinating,” MSNBC’s Chris Hayes tweeted, adding, “Could be from a liberal Democrat.”  Chris Cillizza of the Washington Post was also blown away: “This Mitch McConnell ad is remarkable.”

And of course, they’re right. It’s a case study in breathtaking hypocrisy, for a man who “for fifteen years … all but ignored the problems at the plant” he now touts, and who also has pushed to deny health coverage to millions by trying to repeal Obamacare. Watch it here:

Pretty audacious stuff, yes -- but on some level, it shouldn't be so surprising that McConnell is trying to paint himself as “a liberal Democrat” on economic issues. That’s because, while this fact often eludes the political class, progressive economic values -- like protecting the social safety net -- are widely popular in America.

How do we know this? Just look at the messages that winning national politicians -- of both parties -- choose to pitch to Americans when seeking their votes.

There’s McConnell, of course, but also look at 2012. President Obama, who spent much of 2013 dangling his chained CPI proposal to reduce Social Security benefits, didn’t exactly trumpet the proposal when he came before voters the previous year. (The reality is polls show that protecting Social Security, like increasing the minimum wage and unemployment insurance, is widely popular among Americans, and has been for years.) Instead, he ran a populist national campaign explicitly based on the idea that we live in a cooperative society that works best when we lift up those who are struggling.

As I noted in a recent piece challenging the notion that we’re now living in some new and sudden “liberal resurgence,” the president’s speech directed at a prime-time general election audience at the 2012 Democratic National Convention could have been written by Elizabeth Warren:

“I refuse to ask middle class families to give up their deductions for owning a home or raising their kids just to pay for another millionaire’s tax cut. I refuse to ask students to pay more for college, or kick children out of Head Start programs, to eliminate health insurance for millions of Americans who are poor, and elderly, or disabled, all so those with the most can pay less.”

“I don’t believe that another round of tax breaks for millionaires will bring good jobs to our shores, or pay down our deficit. I don’t believe that firing teachers or kicking students off financial aid will grow the economy, or help us compete with the scientists and engineers coming out of China.”

And it wasn’t just Obama. Even Mitt Romney was aware of the popularity of economic progressivism, which is why his campaign distanced itself from Paul Ryan’s aggressive budget that eviscerated programs like Medicare. And it’s why everyone knew Romney was in deep trouble when his infamous “47 percent” comments surfaced; the idea that nearly half the nation are moochers is not something that sells in general election America. Neither, it turned out, was highlighting Obama’s “you didn’t build that” comment.

Look at other recent presidents. Like Obama, Bill Clinton didn’t always govern as a liberal on economic issues (an understatement), but he sure campaigned as one.  “The rich get the gold mine and the middle class gets the shaft,” he told voters in 1992. “It’s wrong and it’s going to ruin the country.” (Why elected officials don't always govern as liberals despite running as them is its own separate post, but here's a primary reason: While voters determine elections, they have far less influence than donors and lobbyists during the opaque lawmaking and governing processes.)

The only Republican to win the presidency in more than two decades, George W. Bush, didn’t go so far as to run as an economic progressive, obviously, but he made sure to emphasize his “compassionate” side on the stump in 2000. And when running again in 2004, it was not on a message of trickle-down economics, but rather a contrast with his opponent on national security. When he tried to privatize Social Security weeks after winning, the nation shot it down immediately.

The reason: When it comes to economic principles, Americans support a progressive agenda. It can be easy for this to get overlooked when so many on the center and right push (and profit from) the idea that this is a fiscally conservative nation hell-bent on cutting spending and “fixing the debt.” But, the truth is voters regularly express support for a strong social safety net.

Just look at how smart candidates run their campaigns, and you can discern what they think voters prize most. Mitch McConnell has plenty of flaws, hypocrisy among them, but being a dumb politician isn't one of them.