When TV imitates life: We are all cyborgs now

Is a microchip in the brain so different from a smartphone? And what happens when we're separated from our tech 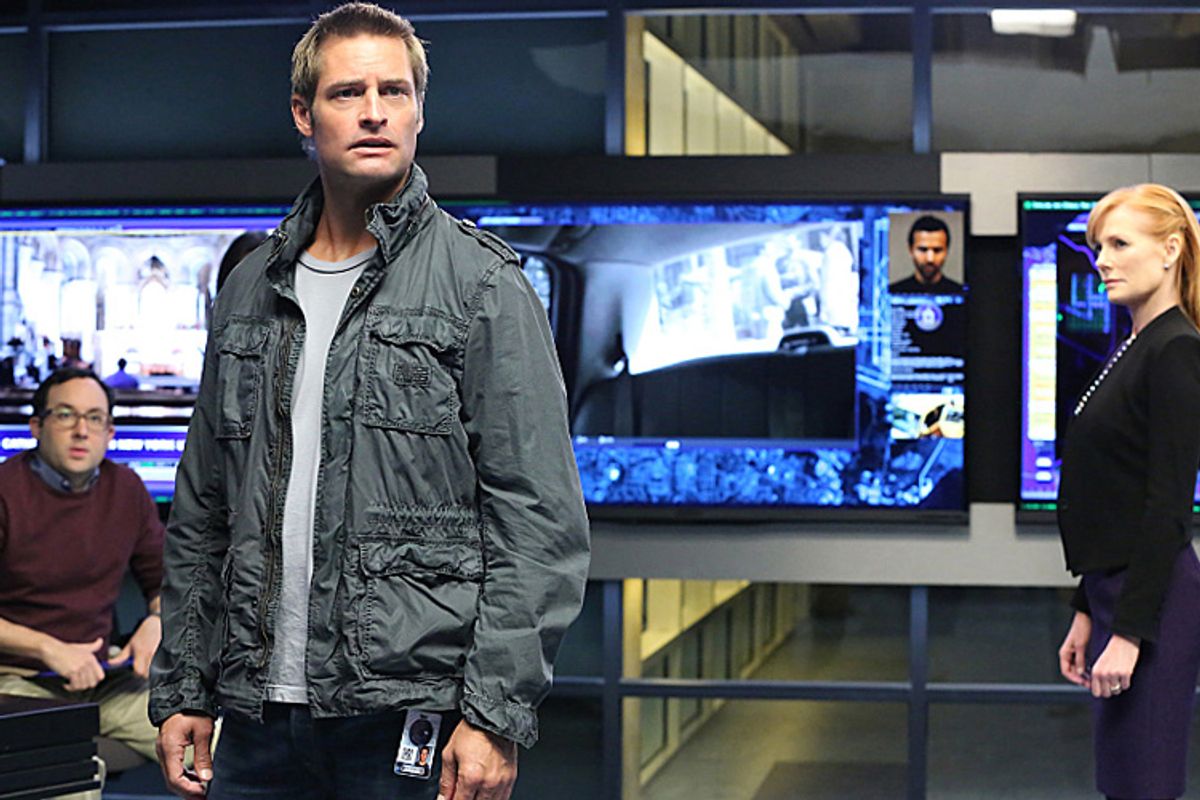 I haven't touched CBS' high-tech vehicle "Intelligence" yet because I was waiting for the rigorous exposition and clunking dialogue to match pace with the otherwise intriguing premise. The show stars Josh Holloway as Gabriel Vaughn, a rough, rugged federal agent outfitted with a revolutionary computer microchip that gives him near-immediate access to almost every facet of worldwide digital communication. He is, in effect, the ultimate I-Guy. The show suffers from a myriad of unfortunate distractors both structurally and stylistically, including -- I shouldn't be noticing this during prime time -- blatantly unconvincing set design. Still, the possibility of online built directly into our brains -- for better and worse -- is roughly one degree from our current reality and, therefore, can't help but intrigue.

The chip allows Vaughn's mind to construct highly detailed visualizations from personal memory and fragments of disparate data. He uses these "cyber renderings" to suss out clues and solve mysteries in much the same way all the other smart folk on CBS do -- albeit with more flash and bleep. As the show's writers frequently remind us, the chip is understandably quite expensive. "Telling me Gabriel is missing is like telling me an aircraft carrier is missing," says one peeved government suit. So, on Monday night's episode, when Gabriel's brain came under threat of being maliciously hacked, the powers in charge of protecting the feds' hefty investment engaged in a heated debate over the ramifications of simply deactivating the chip before its contents could fall into the wrong hands.

"We need to consider taking Gabriel offline. Can you turn the chip off?"

"What Dr. Cassady is saying is that the chip is so ingrained in Gabriel that it functions as a  sixth sense. We could turn it off, so to speak, but it would be as complicated and dangerous as shutting down any other sense."

Minus the grave government conclave fretting over rival spooks, this discussion likely mimics many being had by technologists and analysts in this day and age. I have a friend who frequently and generously grants me rides around Manhattan, Brooklyn and Queens. I thought her knowledge of outer-borough roads and traffic impeccable until I looked below the dash and realized that, though muted, her GPS device is always activated, even when she's not in danger of becoming lost. This is only one common example of how tight we have become with our digital devices. The simplest example is probably this: Try to remember a phone number you call often -- without accessing your smartphone.

Phones, tablets, pretty soon glasses -- they expand our knowledge and processing power exponentially. Compared to our ancestors we are intellectually superhuman. TED-Talker Amber Case calls the study of our close-knit relationship with technology "cyborg anthropology." Certainly, we are not yet Borg. Nor do we log into cyberspace via costly microchips under our skin like Gabriel Vaughn. But considering that so many of these intelligence-enhancing, communication-facilitating devices are constantly on our person, the description is accurate enough.

On "Intelligence," Vaughn's dilemma has an easy resolution. Zap his chip and he's back to being one of us, less likely to solve complex international conspiracies, sure, but functional nonetheless. Nevertheless, the show gets proper sci-fi credit for inviting us to imagine ourselves laptop-less for a moment, unable to dial up any of the information we have come to take for granted. Were you dumber for lack of a smartphone, who would you call? And how the hell would you call them?