The web comic nails it 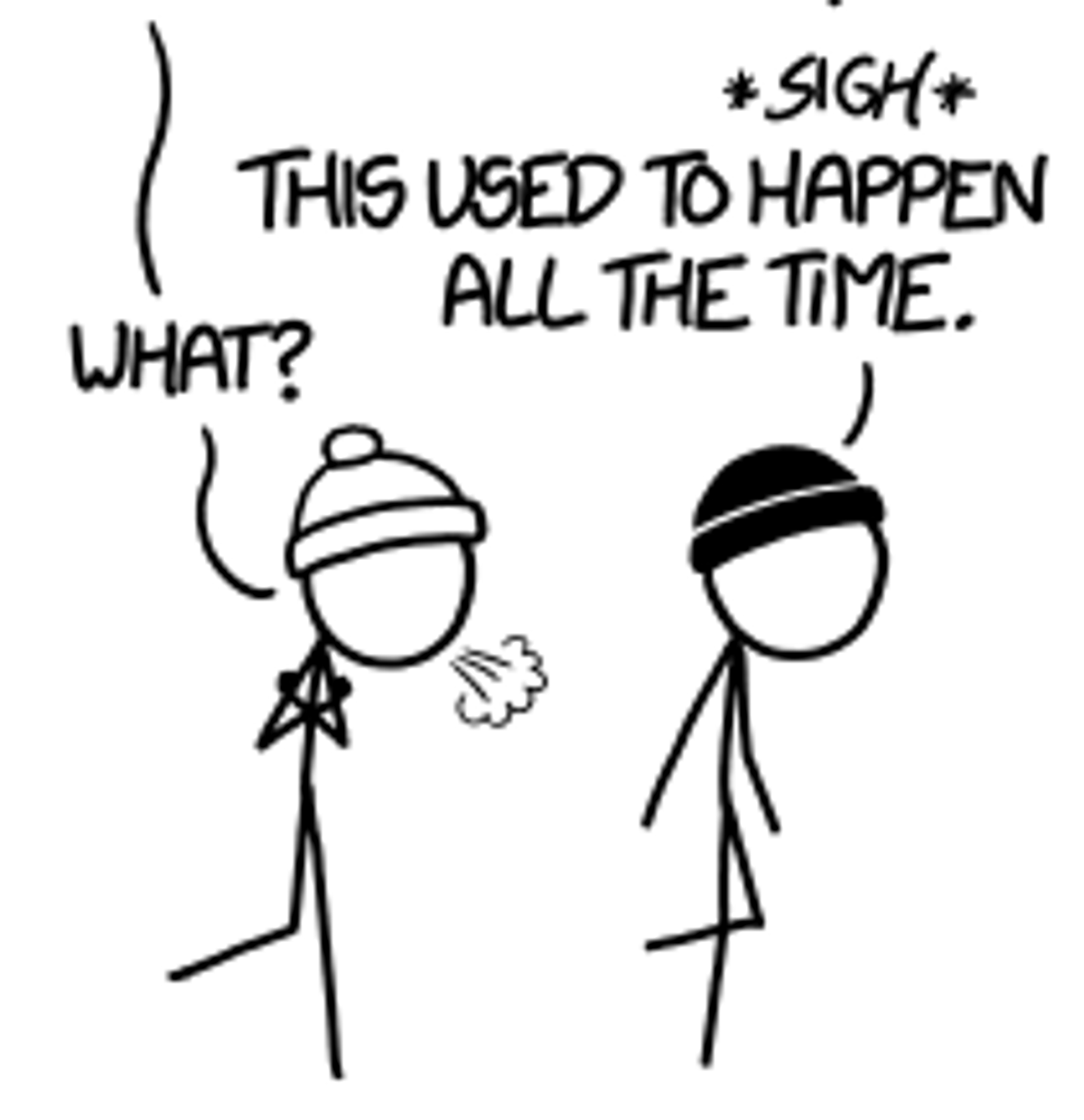 Climate Central, a crucial source of this sort of vital information, is naturally tickled to have been cited by the legendary web comic. The site's original analysis, while lacking the funny, dazzles with some very convincing data:

Climate Central calculated the number of nights below a specific temperature threshold for dozens of U.S. cities based on the local climatology and current weather conditions. The calculations encompass the entire winter season, and show that overall there is a downward trend in the number of extreme cold nights like we’re currently experiencing – although there are variations in a few cities. This trend is consistent with climate studies showing that overall, winters across the contiguous U.S. have warmed by .61°F per decade since 1970, and every region has warmed at least somewhat over that time.

In Detroit in the 1970s, there were an average of 7.9 nights with temperatures below zero degrees. But now, that number is closer to 2 nights. And in Washington D.C., the number of nights with a low of 20 or below was 13.5 in the 1970s, but was closer to 8.3 in the past decade. The overnight low at Reagan National Airport on Jan. 7 was 6°F.

And in St. Louis, the 1970s featured an average of 3.8 nights with a low of 0°F or below, yet in the past decade, the average for such frigid nights fell to zero.