What to watch this weekend: Jonah Hill, "House of Lies" and more

Yes, the Grammys are coming. But there\'s plenty to watch even for the award-averse 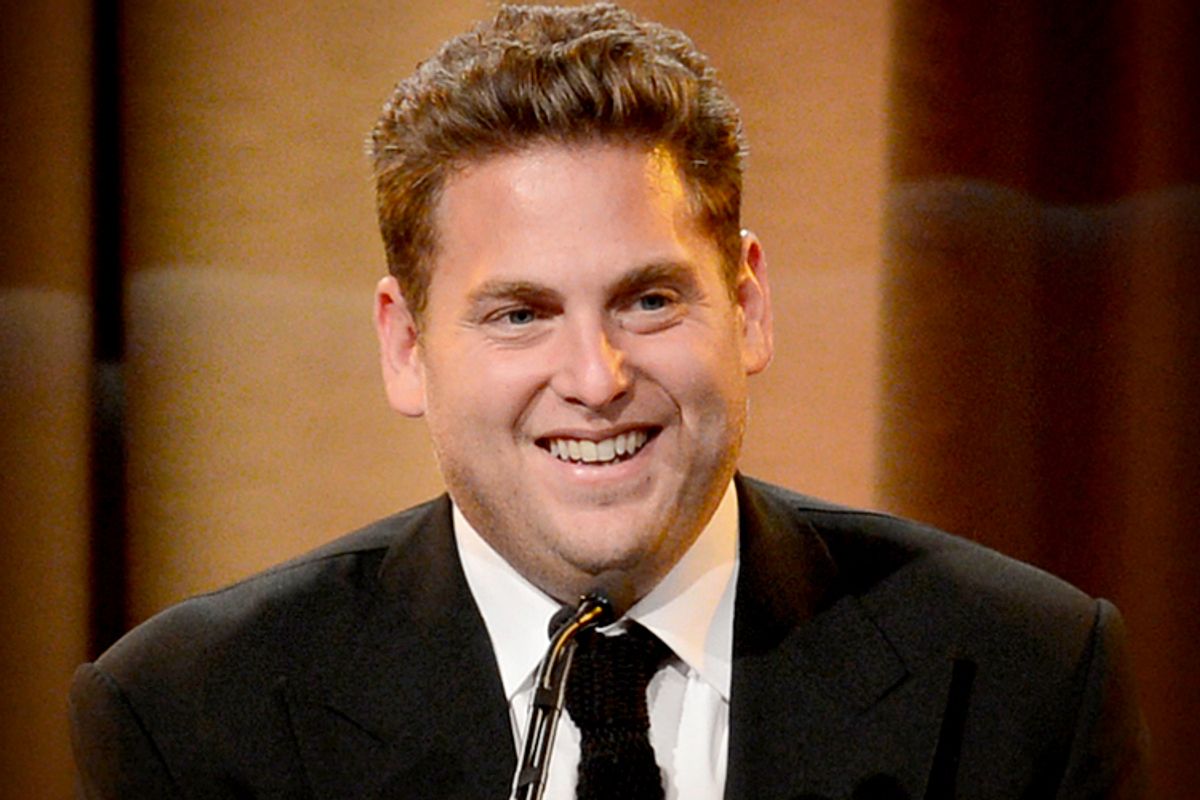 This may be my karmic retribution for disparaging awards show ceremonies recently, but there will be no new episode of "The Good Wife" this Sunday. Instead, interested parties get to sit on their hands and hold their breaths in anticipation of Daft Punk and Pharrell or Robin Thicke and Pharrell Williams picking up a Grammy for record of the year. Personally, I'd get a kick out of seeing Kendrick Lamar's "Good Kid, M.A.A.D. City" take home the prize for album of the year, but I wouldn't exactly say I have a horse in this race. Scheduled performers include Lamar, Sara Bareilles, Macklemore & Ryan Lewis, Paul McCartney, Pharrell Williams and many more.

If music isn't your thing, the big ticket cablers will be providing their usual fare. On Showtime's "Episodes," Matt LeBlanc continues to play a -- hopefully -- more sinister version of himself. His faulty attempts to retain child custody may earn him some sympathy, but not much. "Episodes," like its 8:30 follow-up, "House of Lies," is something of a guilty pleasure of mine. The shows share Showtime's tendency toward dramatic excess and titillation, but they're mostly fun and as easy to digest as they are to dismiss. This week, "Lies" offers up a compelling gender conundrum as Marty (Don Cheadle) tries to understand his son's newest infatuation.

To backtrack a day, "The Wolf of Wall Street's" Jonah Hill follows up his Golden Globe win and his Oscar nomination with a guest hosting gig on "Saturday Night Live." Last week's Drake stint was consistently amusing, but it shouldn't be hard for a seasoned player like Hill to work out something as, if not more, viral than "Resolution Revolution." Speaking of which, now that the hype over "SNL's" emergency black female hire has died down a bit, it will be interesting to see how Sasheer Zamata settles into the lineup. With the Grammys on the next night, expect to see her debuting her Rihanna impersonation, if not Beyoncé.

Lastly, with the announcement that Seth Meyers will be turning over the Weekend Update anchor desk completely to Cecily Strong and Colin Jost, I will be watching Saturday's broadcast anxiously trying to figure out who the hell Colin Jost is. The search that resulted in Zamata's new job was partially the result of the late night sketch staple's obvious overabundance of white male faces. Jost is lucky enough to have a chance to separate himself from the herd. At best, Strong and Jost's banter will rival Tina Fey's and Amy Poehler's, or Poehler's and Meyers'. At the worst, we'll all just miss Stefon even more.