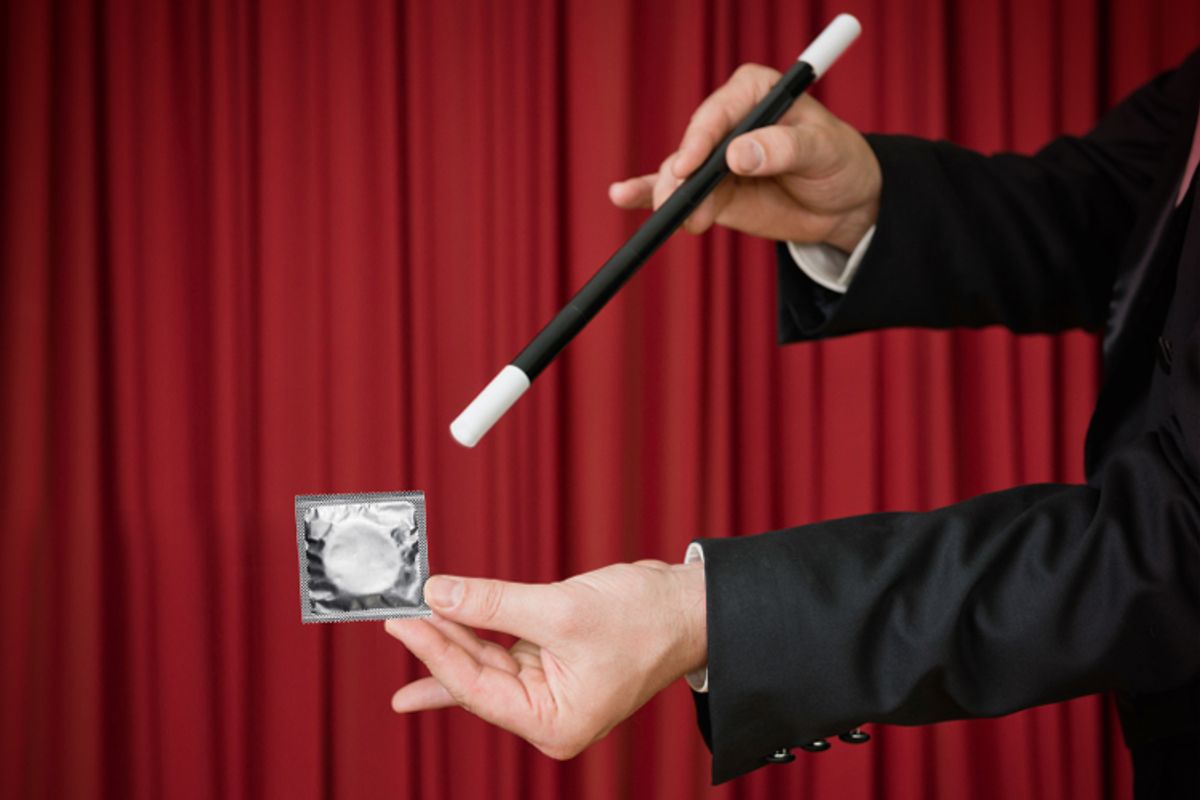 It appears impossibly sleek and glossy -- even taking into account the poolside setting, blazing sun and liberal application of tanning lotion. To be clear, this "it" is a penis, and it bears the characteristic gleam of a condom -- except there is no visible lip. The latex sheen seamlessly transitions into the matte effect of unsheathed skin.

Axel Braun, who was recently named best director by Adult Video New for the fourth year in a row, agrees. "To do it right is extremely difficult, time consuming, and impossibly expensive," he says. It would involve an animation technique called rotoscoping, and editors would have to "match the color, texture and wetness of the genitals" -- for each and every frame. "Given that a sex scene is on average 20 minutes long, and even subtracting a generous 10 minutes between oral and climax which are always condom-less, you'd still have 10 minutes left," he said. "At 30 frames per second, that's 18,000 unique frames per scene, times five scenes per movie."

That amounts to 90,000 frames. "We're talking easily about one hundred thousand dollars," he says.

Whether it's possible to do so and satisfy customers is another question. Ward says he's gotten mixed reactions from viewers. "Many love it -- they are glad our actors are safe and they do not have to have condoms in a starring role in their erotica," he said. "Others say that this is 'fake' barebacking and they do not like it." Ward admits that viewers are unlikely to mistake the film as a genuine unprotected film. The condom, he says, is there, "but it's not giant and distracting."

It doesn't even address all of the concerns of condom advocates. As reported in a 2004 memo by Thomas L. Garthwaite, director and chief medical officer of Los Angeles County, public health experts and industry insiders have "questioned whether there was an obligation to show consistent condom use to encourage the same practice among viewers." This debate isn't just about protecting performers, for some it's also about porn's social influence -- and that concern certainly isn't limited to condom use. Every aspect of this debate is more complicated than it at first seems.

There are problems no amount of Photoshop can fix.