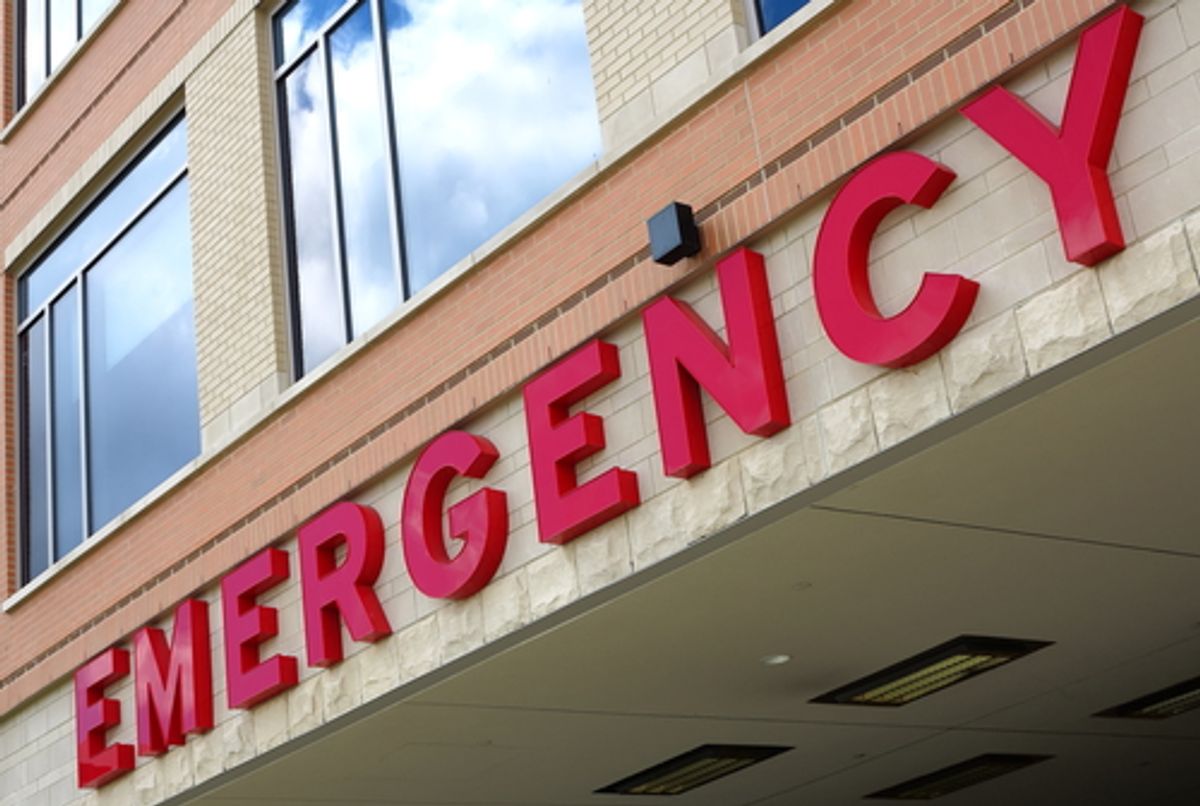 A 30-year-old man walked into a Bronx emergency room last Sunday night asking to be treated for a rash. Over eight hours later, he was found dead -- still in the hospital's waiting room.

John Verrier, an amateur artist, is believed to have been dead for hours before a security guard found him, according to ABC News. The New York Post has more on the hospital's official version of events:

Officials at the 461-bed facility said Verrier checked into the ER at 10 p.m. Sunday and was found dead at 6:40 the next morning.

Upon his arrival, he was registered, triaged and told to wait to see a doctor, said Saint Barnabas spokesman Steve Clark, adding that Verrier was told to wait inside the ER itself but for some reason returned to the waiting room and took a seat.

At 2 a.m., a security guard made a pass through the waiting room to roust the many homeless people who try to sleep there.

“Nothing was awry — he was moving, he was alive” during that 2 a.m. check, Clark said.

Surveillance video from elsewhere in the hospital recorded Verrier alive and “moving” at 3:45 a.m., Clark said.

“Then after 6, when security did another pass, he was dead,” the hospital spokesman said.

Disturbingly, the hospital appeared to suggest that Verrier's erratic behavior made him partially responsible for his death. An internal review concluded that "all guidelines were met," Clark said, adding that the patient's name was called repeatedly over the P.A. system. But the anonymous worker who leaked the story contends that Verrier was never checked on, even when he failed to respond to his name. That would explain how he could have been discovered "stiff, blue and cold," possibly hours after he died.

Verrier, according to his family, has struggled with drug addiction but has been clean "for months." They contend that he is a victim of hospital negligence.

"There's no policy in place to check the waiting room to see if people waiting to be seen are still there or still alive," the employee said.