Lena Dunham doesn't like online "snark" -- but her character Hannah Horvath loves it! 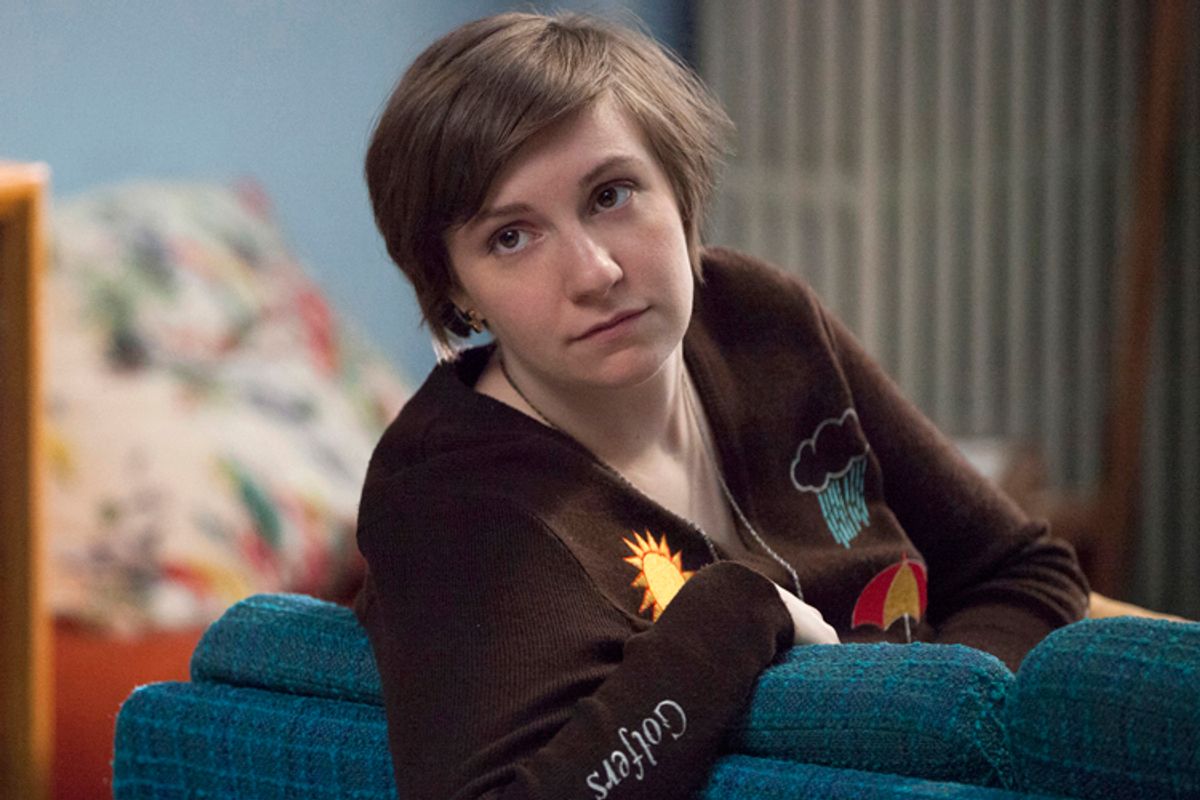 On tonight's episode of "Girls," Lena Dunham revealed that she has at least one thing in common with her fellow HBO creative Aaron Sorkin -- a healthy disdain for those who live their lives critiquing others on the Internet, including "Girls" protagonist Hannah Horvath.

Hannah, as all who watched the episode know, was surfing Gawker in order to find out more about the death of her editor -- the sort of old-school media-world news that would have been far more likely to land on Gawker in the early 2000s than today, but whatever. Her defense of Gawker and in particular Jezebel, which she has said she wrote with "sarcasm," couldn't have been done better by the site's worst enemy.

They report on media news, and I am a media-ist, so... it's where I've gotta get my news. [...] It's a web portal that celebrates the written word -- and its sister site, Jezebel, is a place feminists can go to support one another, which we need in this modern world full of slut-shaming [...] I think that you need a place to go and gather up the information that's important to your industry and then discuss it with other like-minded individuals. That's why the comments board is so important to me and why I've made so many e-friends!

As Gawker has moved away from the sort of close, granular coverage of minor media figures that made it famous at first, it's honed in on bigger game -- like Dunham herself, whose book proposal was both reported on and mockingly picked apart by an older male editor on Gawker. The "like-minded individuals" remark in particular is impossible to separate from the commenters who disdained Dunham's book proposal and attached $3.7 million paycheck.

As for Jezebel's role in preventing slut-shaming and endorsing feminist ideals, the website's recent bounty on unretouched photos from Dunham's spread in Vogue could go either way depending on one's point of view, but Dunham herself called it "faux altruism."

Adam's interrogation of Hannah feels even more pointed: He refers to Gawker Media writers as "celibate against their will" (which is more an artistic flourish than a verifiable fact) and "a bunch of jealous people who make a living appealing to our basest desire to see each other kicked while we're down." To read the site, said Adam, is to be "one of the bad guys."

This is, perhaps, Lena Dunham's "Lemon Lyman" moment -- as in the "West Wing" episode when character Josh Lyman discovers a message board about himself modeled after the real-world site Television Without Pity. (There was a "30 Rock" episode about a fake Jezebel called Joan of Snark, too, but that episode explicitly made Tina Fey's Liz Lemon into the wrongheaded one.) On "The West Wing," a character victimized online delivered a line about bloggers, one of whom surely "wears a muumuu and chain-smokes Parliaments."

That disdain for the Internet has carried over into subsequent Aaron Sorkin projects including the film "The Social Network" and the HBO series "The Newsroom"; one wonders whether future seasons of "Girls" will continue to take on Internet haters and the state of the media (even after an episode coming later this season in which Dunham gets a job at a media corporation). Certainly she just keeps getting new grist.

In a Miranda July art project last year, Dunham published an email to her legal team, reading in part:

Of course I don't fully understand the business implications of any of this, but on a purely personal level I'd rather let it go at this point and focus on how much is still left to write and share on our terms, rather than add fuel to the web fire.