How the Internet made me a better writer

Everyone says the Internet's making us dumb, but writing about comics online helped me write a book about them 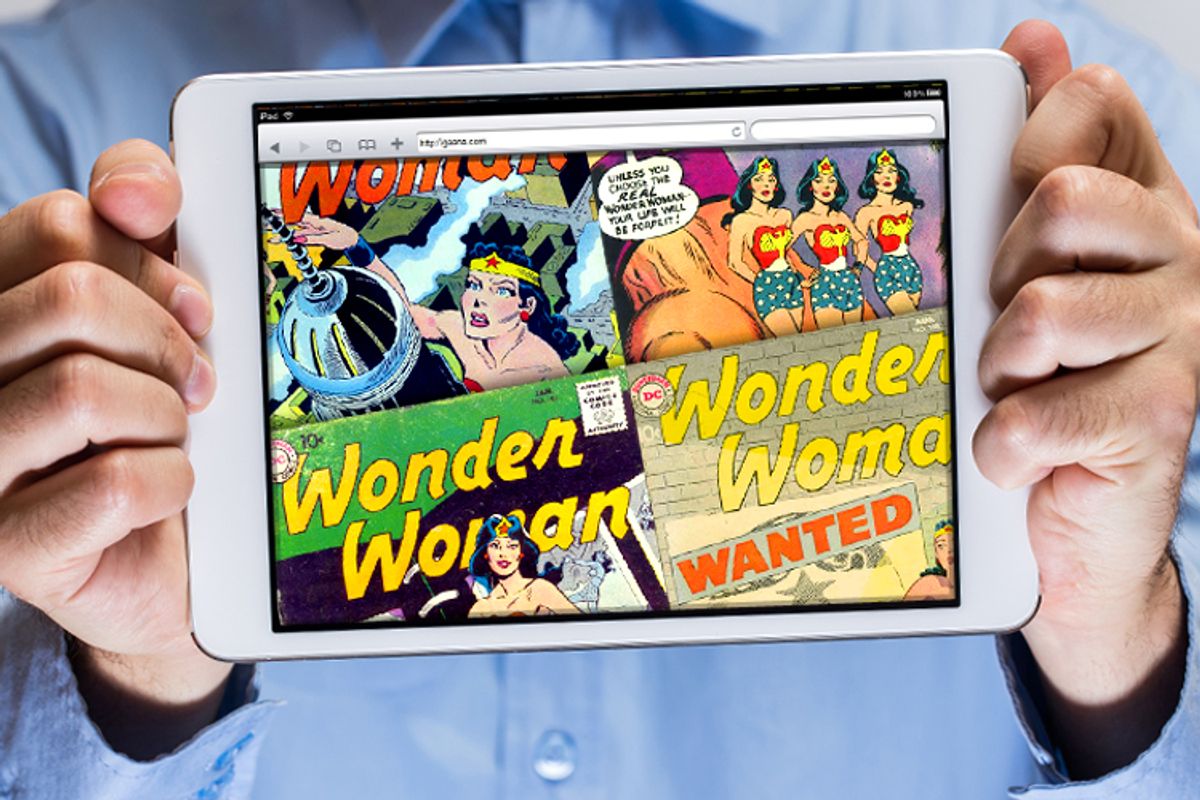 The Internet is making us stupider. So various folks often say on the Internet, at least. One such is author and humanities professor Alan Jacobs. In a short post last week, Jacobs argued that the constant demand for Internet content creates disincentives for thoughtful writing:

[O]ne of the most reliable ways to sharpen your own thinking is to find out what other smart people have thought and said about the things you’re interested in — that is, to take the time to read. But the content-hungry world of online publishing creates strong disincentives for writers to take that time. Almost every entity that has an online presence wants to publish as frequently as possible — as long as the quality of the writing is adequate. And often “adequacy” is determined by purely stylistic criteria: a basic level of clarity and, when possible, some vividness of style. That the writer may be saying something indistinguishable from what a dozen or a hundred writers have said before is rarely a matter of editorial concern. Get the content out there!

This hits uncomfortably close to home. As I've mentioned here before, I'm one of those hacks that Jacobs and other serious writers warn you about. Jacobs seems to think that the constant push to publish is about ego gratification or some such, but, at least for me, the incentive is straightforwardly financial. I'm not a name writer, which means no one is paying me a premium for my thoughts. If I want to make a living writing, I have to write fast and write a lot. I typically churn out five to seven essays  a week; not infrequently, I write more than one a day.  That's on top of other work-for-hire writing and editing projects.

As Jacobs suggests, writing at such a pace doesn't always leave you time to do all the research, or all the thinking, you'd like. Ideally for this essay, for example, I would have read all of Nicholas Carr's "The Shallows" rather than just reading through the review I linked above. But (as I learned in grad school) if you do all the research you should, you never actually sit down to write — which, in my case, would mean that I would never get paid.  The hackery dynamic was certainly in place before the Internet; old-school newspaper journalists very often didn't know a ton about whatever story they were banging out. But the voracious demand for content and plummeting salaries for writers of every stripe haven't helped matters.

So it's true that writing for the Internet can sometimes make what you say dumber. But I don't think it always works that way. On the contrary, sometimes the Internet, even with its demand for constant content, can be a boon for thinking.

Writing itself, after all, is often the best way to get your thoughts in order. For me (and I don't think this is uncommon) writing forces me to figure out and clarify my thoughts; often I don't realize how much I love a film, or hate it, or why, until I write about it. The Internet can actually be a great place to explore ideas over an extended period of time in a way that would be difficult in other media. For example, on my blog (where I write for free) I became interested in the original Wonder Woman comics, by William Marston and Harry Peter. So I decided to read every issue of "Wonder Woman" they had worked on, and write a post about it. It took me three years to get through all 28 comics, but by the time I finished my interest had become an obsession — and led to my writing a book on the comics, which should be out next year from Rutgers University Press. Writing a lot in this case didn't replace, or prevent me from, thinking. Rather, it was a way to spend a lot of time (and a lot of words) thinking about something I cared about.

Of course, you don't need the Internet to write notes to yourself; I could have written lengthy essays about every issue of "Wonder Woman" in the privacy of my own home, saving only my most important and least shallow thoughts for the book version.

But there are a couple of reasons writing only for myself wouldn't have worked as well. First, if I hadn't been writing about Wonder Woman on the Internet, there probably would be no book. I'm not an academic, so I only found out about the opportunity to submit a proposal at Rutgers University Press because someone involved in its forthcoming comics studies series also read my blog.

And, second, by posting online as I went along, I was able to get feedback — which was enormously helpful. Sometimes readers told me they really enjoyed the series, which led me to keep going rather than just giving up on the whole thing. Sometimes they told me I didn't know what I was talking about, which encouraged me to flesh out my thinking. Sometimes they recommended other sources to read. Writing online is a better way of thinking than writing alone, in short, because writing online allows you to take advantage of other people's thinking too.

Again, this was a project for my blog for which I was not paid (until I got the book deal). But writing professionally can work in similar ways.  For example, I wrote a piece for Salon a while back about erotic e-books and their relationship to the romance genre. As a result, I ended up connecting through Twitter with a lot of romance readers and novelists, many of whom felt I needed to know more about the genre before writing about it. So they gave me recommendations, and I got to read a bunch of good books — and to talk about those books a bit in another article. Writing and getting feedback is itself a kind of research and learning. It's a way to think more about a topic, not less.

I don't want to be all techno-utopian here. The constant demand for content can be draining, and I would love someone to pay me to spend a month or three obsessively researching whatever I'm interested in at the moment in order to write a big essay about it at the end. But I doubt I could have found a job like that before the Internet either, at least not outside academia (which has its own limitations and problems).   Virginia Woolf's room of one's own and 500 pounds a year, with time to think, space to think, money to think: Those have always been precious commodities. The Internet hasn't changed that, and isn't likely to. Still, at least for me, and despite its limitations, the Web has been a great place to write -- and to learn.