Over 600 have fallen ill with suspected norovirus 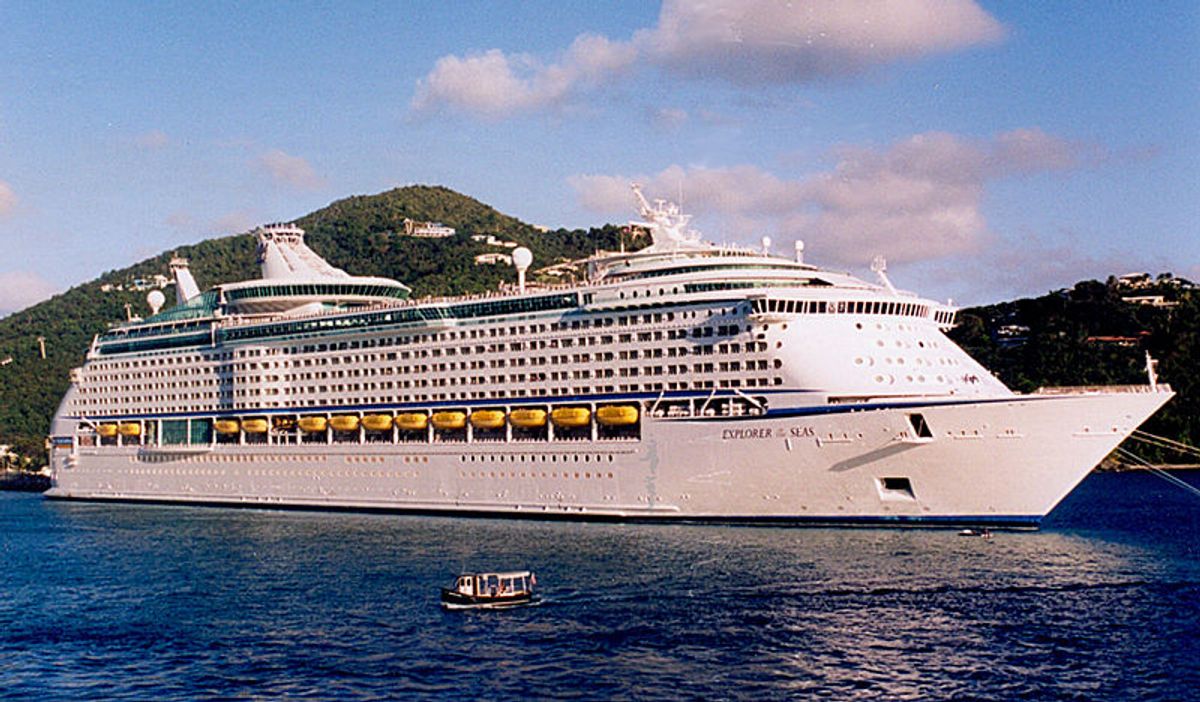 What's worse than a theoretical ghost ship filled with cannibal rats? An actual Royal Caribbean ship on which over 600 people are suffering massive bouts of vomiting and diarrhea.

Vacation has officially been cut short for the passengers of Explorer of the Seas, which will return to New Jersey two days early after a suspected norovirus outbreak. According to a CDC spokesperson, 577 of the 3,050 passengers and 49 of 1,165 crew members reported being ill with the fast-moving gastrointestinal illness.

"New reports of illness have decreased day-over-day, and many guests are again up and about. Nevertheless, the disruptions caused by the early wave of illness means that we were unable to deliver the vacation our guests were expecting," the cruise line said in a statement.

"After consultation between our medical team and representatives of the U.S. Centers for Disease Control and Prevention, we think the right thing to do is to bring our guests home early, and use the extra time to sanitize the ship even more thoroughly."