The city with the most dangerous air pollution isn't in China 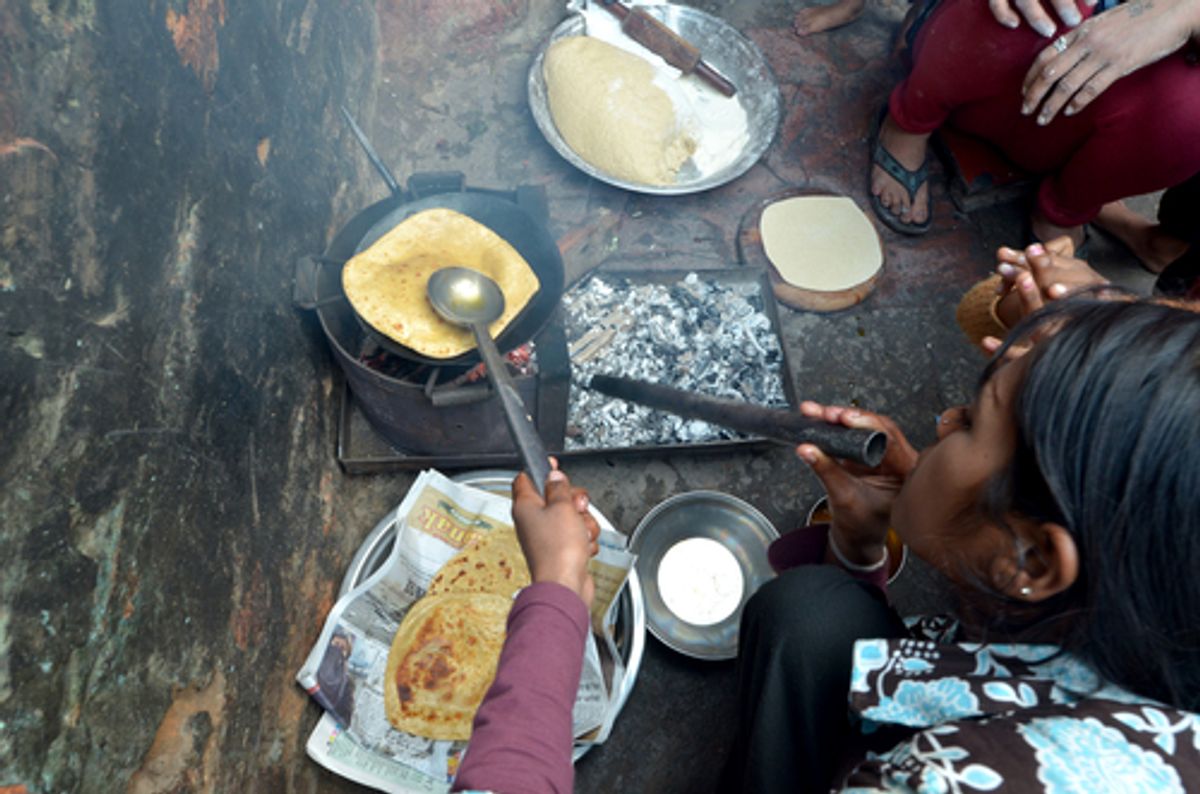 A woman cooking chapatis in oil to make pancakes, on February 4, 2013 in Delhi, India. (africa924/Shutterstock)
--

Despite all you've heard about China's multiple airpocalypses, the most dangerous place to have a set of lungs is somewhere else entirely. And yet nobody's talking about it. The New York Times has this necessary piece on the underreported smog epidemic in India's capital, where the concentration of PM2.5 -- the fine particulate matter believed to cause the greatest health risk, is consistently higher than that in Beijing:

...for the first three weeks of this year, New Delhi’s average daily peak reading of fine particulate matter from Punjabi Bagh, a monitor whose readings are often below those of other city and independent monitors, was 473, more than twice as high as the average of 227 in Beijing. By the time pollution breached 500 in Beijing for the first time on the night of Jan. 15, Delhi had already had eight such days. Indeed, only once in three weeks did New Delhi’s daily peak value of fine particles fall below 300, a level more than 12 times the exposure limit recommended by the World Health Organization.

“It’s always puzzled me that the focus is always on China and not India,” said Dr. Angel Hsu, director of the environmental performance measurement program at the Yale Center for Environmental Law and Policy. “China has realized that it can’t hide behind its usual opacity, whereas India gets no pressure to release better data. So there simply isn’t good public data on India like there is for China.”

Like China, the Times reports, India was extremely resistant to imposing pollution limits during November's climate talks in Warsaw. And government officials appear unwilling to work for better air quality where it interferes with industrialization:

Delhi’s newly elected regional government did not mention air pollution among its 18 priorities, and India’s environment minister quit in December amid widespread criticism that she was delaying crucial industrial projects. Her replacement, the government’s petroleum minister, almost immediately approved several projects that could add considerably to pollution.