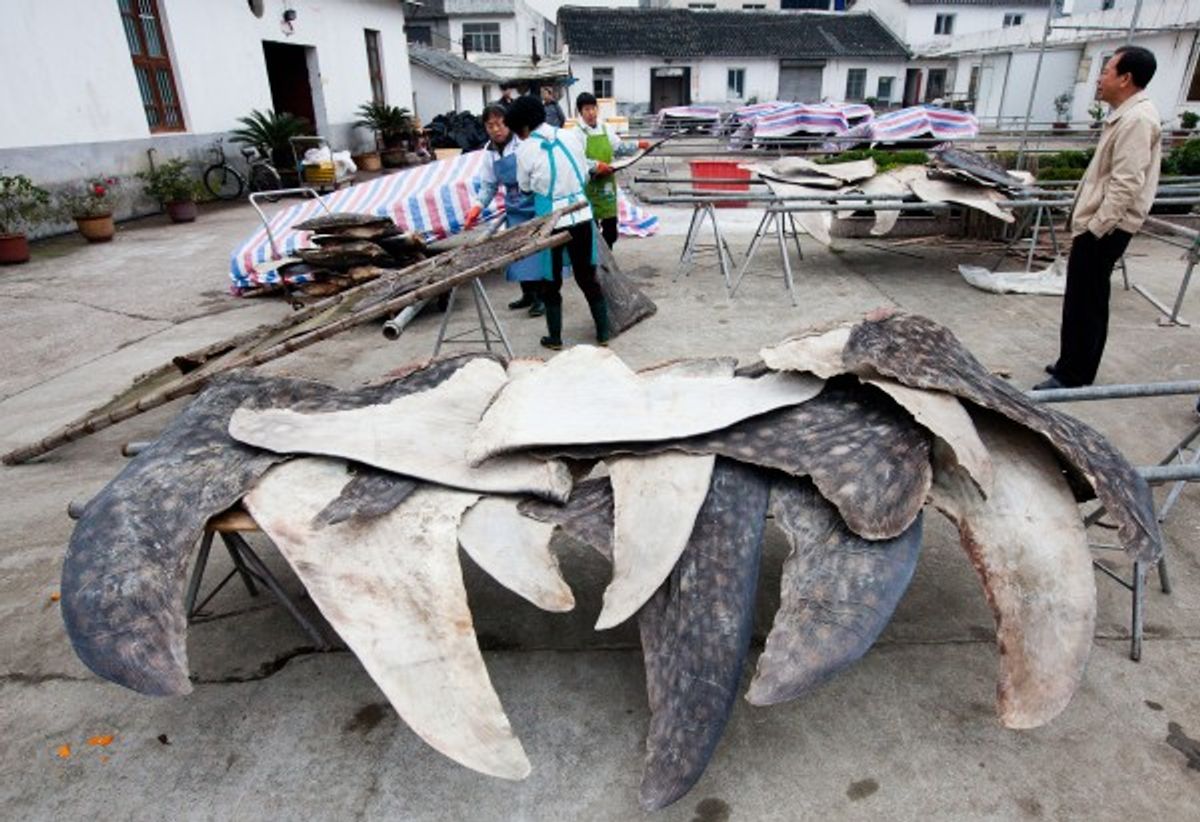 Via The Dodo, Hong Kong-based conservation group WildLife Risk uncovered what they're calling "the world's largest wholesale slaughter of an internationally protected endangered species." The hefty allegation is back up by evidence that the factory processes about 600 whale sharks per year, all in the service of bring us leather bags, skin care products, omega-3 supplements and shark fin soup, among other essentials.

The factory's general manager, identified in the report as one Mr. Li Guang, is captured in the group's footage admitting that the facility also processes basking sharks (endangered) and great white sharks (protected, unless you're in Western Australia), pumping nearly 220 tons of oil from the three species' livers each year. Their skins and dried fins, he also reveals, are smuggled out of China to Chinese restaurants in France and Italy.

The whole operation is a huge money maker: according to the report, a single shark fin can retail for $31,000, and the group has evidence to suggest that a global trade network is profiting. Yet Paul Hilton, WildLife Risk's director, told the Dodo he's optimistic that the Chinese government -- which has recently been taking high-profile action against wildlife poaching -- will shut the whole thing down.