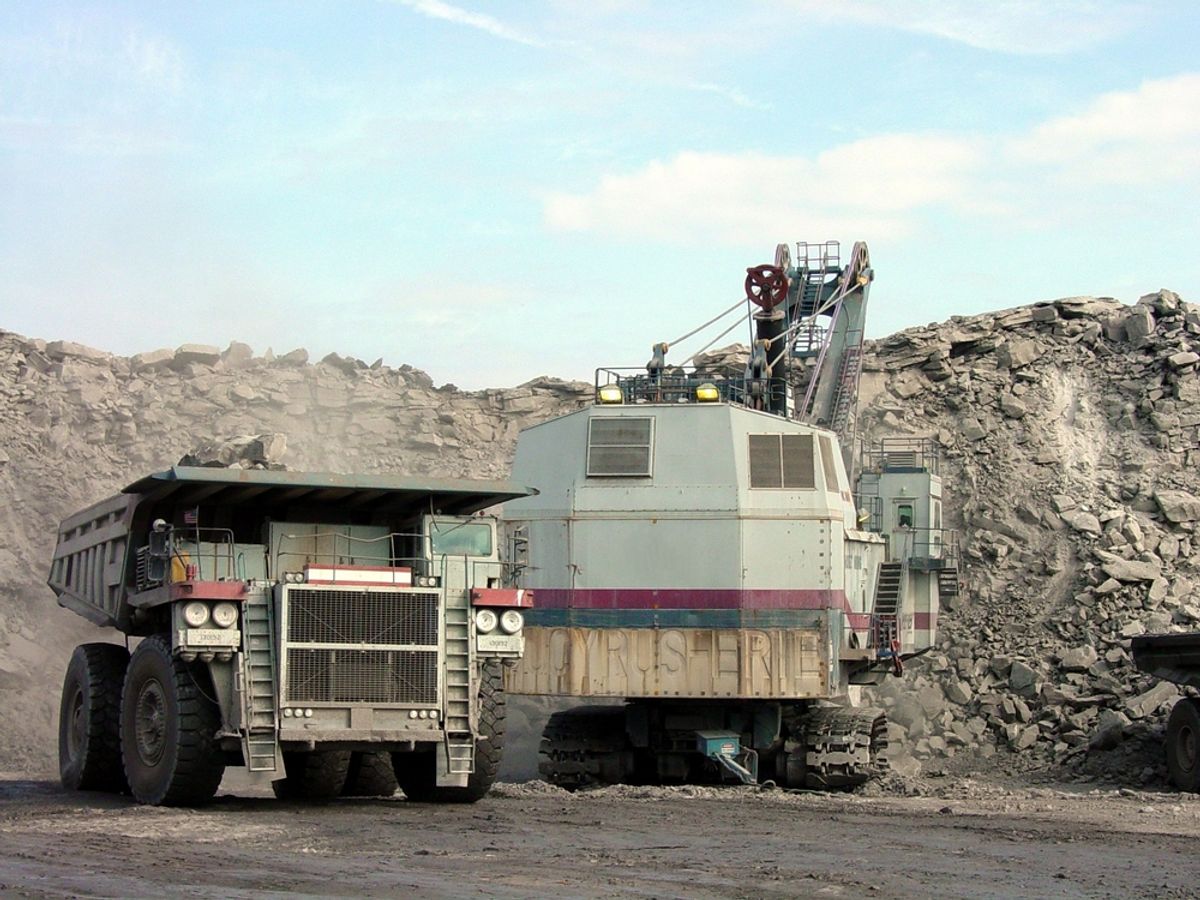 There are plenty of people West Virginians can choose to be angry at following the chemical leak that left 300,000 of them without tap water. The folks at Freedom Industries who delayed reporting the leak until they were pretty much forced to, and who waited even longer to mention that a second chemical may have leaked as well. The state's Department of Environmental Protection, which hadn't inspected the facility in 20 years. The legislators behind the loophole-filled legislation that allowed them to get away with this (something that's beginning to be remedied with today's introduction of the Chemical Safety and Drinking Water Protection Act). The CDC for having no clue how dangerous the contaminated water actually was.

Oh yeah, and the coal industry, for whose benefit this chemical was being stored. But those guys are being let off the hook, reports Al Jazeera America -- even in places where people were already not drinking tap water because of the industry's paste misdeeds:

“This is just a freak accident with the water thing, in my opinion,” said Timothy McKinney, 30, a laid-off coal miner in Prenter, W.Va. “I’ve been in coal mining since I was out of high school, and I don’t think there’s anything wrong with the coal industry in general.”

...Until a lawsuit against nearby coal mine companies two years ago, many Prenter residents had either drawn sulfurous-smelling water from wells or driven miles down the road to buy bottled water. The plaintiffs in the case said coal processing waste pumped underground by coal companies had seeped into their water supply, turning it a red or orange color and making it smell like rotten eggs.

After the suit, residents say, they received connections to the West Virginia American Water system. Yet on Jan. 9 they found out they couldn’t temporarily drink that either, due to the chemical spill.

Despite the accident, the decline of the coal industry — which McKinney blames on political factors — is what he believes is the region’s biggest long-term problem, not the poisoning of the water supply. His main wish for his state is a bigger, not smaller, coal industry, providing good jobs which are not curtailed by environmental regulations.

“I’m speaking for a thousand, fifteen hundred people that’s been laid off throughout West Virginia. There’s a lot of families that’s lost homes, families that’s been broken up over it,” McKinney said, speaking near a creek that emitted a strong odor of sulfur as a steady stream of large dump trucks from a nearby mine rumbled past.

To be sure, it's a complex issue, in which a declining number of mining jobs has led some to take up cooking meth instead. But the picture Al Jazeera paints is of communities unaware that there are any other options:

“I call it Coalfield Stockholm syndrome, and it is on a mass scale,” said Dustin White, an activist with the Ohio Valley Environmental Coalition, who is from Boone County himself.

“We are programmed early on,” said White, 30, who is also the son of a coal miner. “They (the industry) have ingrained themselves in every aspect of our lives.”