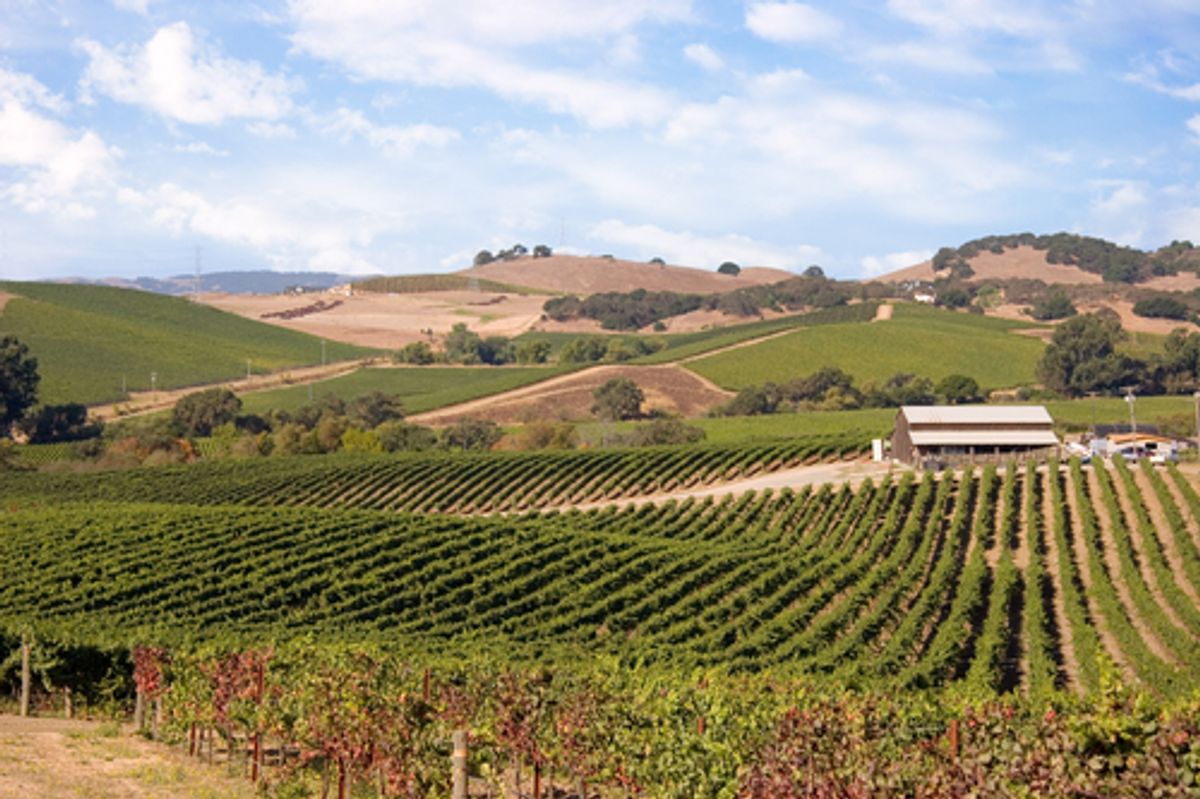 It's too soon to call a wine shortage, but California's ongoing drought is causing problems for Napa's famous vineyards. The AP reports that vines are ripening early, while farmers, heeding the call to conserve water, are planting fewer crops:

Vineyard owners are pruning earlier than usual and on a shorter schedule, Domenick Bianco of Renteria Vineyard Management said.

If the Valley does not see late winter or spring rains, 2014 will yield a smaller crop.

"Water amount determines yield. If you use 80 percent less water than last year, you could see 80 percent of the crop," Bianco said.

We've been warned that this kind of thing could start to happen. A study from last year predicted that, as a result of climate change, traditional wine country regions like Napa may experience sharp declines in production by 2050. Other regions may end up benefiting from their new climates -- Vermont vintners say rising temperatures have allowed them to produce new, warmer-weather varieties -- but, as with coffee, wine is one of those fragile commodities that will get hit hard by climate change, and could end up serving as a bellwether for what's to come.

Many winemakers do have access to underground aquifers, which will keep them in business for the time being. But Napa's looking ahead to a future where water resources are further limited. E&E News has more from a recent gathering of over 100 local grape farmers:

Growers are also worried about next year's supplies. As a perennial plant, the grapevine takes two years to bear fruit, so buds that emerge this year won't ripen until next year. A dry year this year could hamstring bud development, said Mark Matthews, a viticulture professor at the University of California, Davis.

"What we really haven't seen that could happen is, if it's dry enough, grapevines actually become damaged and start to die, so you don't get the buds you need for the 2015 season," he said. "That potentially could become devastating, and it's not like when you're growing corn or something when you can just plant again next year. It's a 30-year commitment."

"This is becoming more frequent, whether we like it or not," said Buckland.