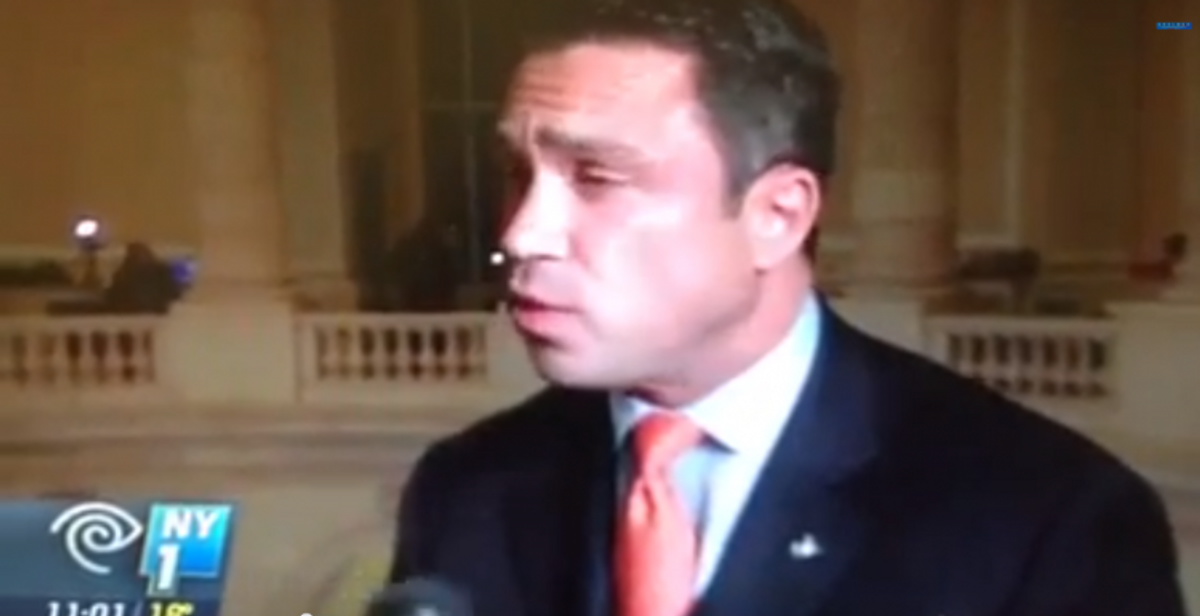 New York City-area Republican congressman Michael Grimm was in the midst of a routine post-State of the Union interview with reporter Michael Scotto when Scotto tried to change the subject and focus on Grimm's alleged campaign finance violations. Grimm, to put it lightly, was not amused.

In video of the interview, you can see Grimm immediately disengage once Scotto attempts to bring up the allegations. Scotto then turns back to the camera and does his best to wrap things up relatively tidily, explaining what he was trying to ask Grimm and making clear that Grimm wouldn't play ball. It's after the segment is ostensibly over, though, that things get interesting.

According to Bob Hardt, NY1's political director, Grimm threatened to throw Scotto off a balcony and then followed-up with a threat to "break" Scotto "in half":

Check out video of the altercation below: