GOP Sen. Lindsey Graham: The world is “literally about to blow up” 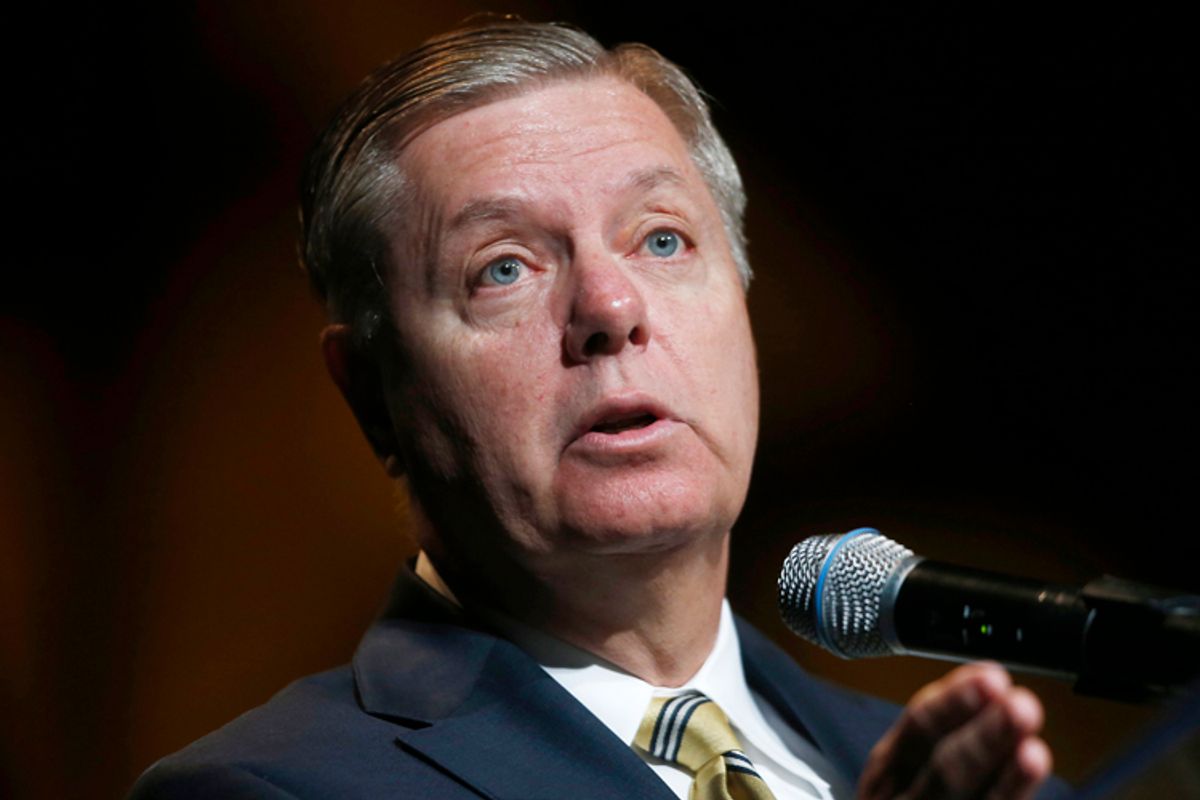 “The world is literally about to blow up,” Graham said before emphasizing his disagreement with the president over negotiating with Iran.

But Iran's not the only place where Graham believes Obama's non-neocon approach is proving disastrous.

“The world as I know was not remotely described by the president," Graham continued. "Syria is a contagion."

"Explain to me what happens if the Syrian conflict goes on another year and Assad continues to win?” Graham said. “Iraq is disintegrating. The whole region is moving toward chaos, and we’re doing nothing."

“I hope [Obama] will leave a residual force in Afghanistan [so] they can do the job," Graham went on to remark, "because if he doesn’t, it will fall apart at a faster pace than Iraq.”