"I will say it again: We are not attacking women's healthcare," said Republican Rep. Virginia Foxx 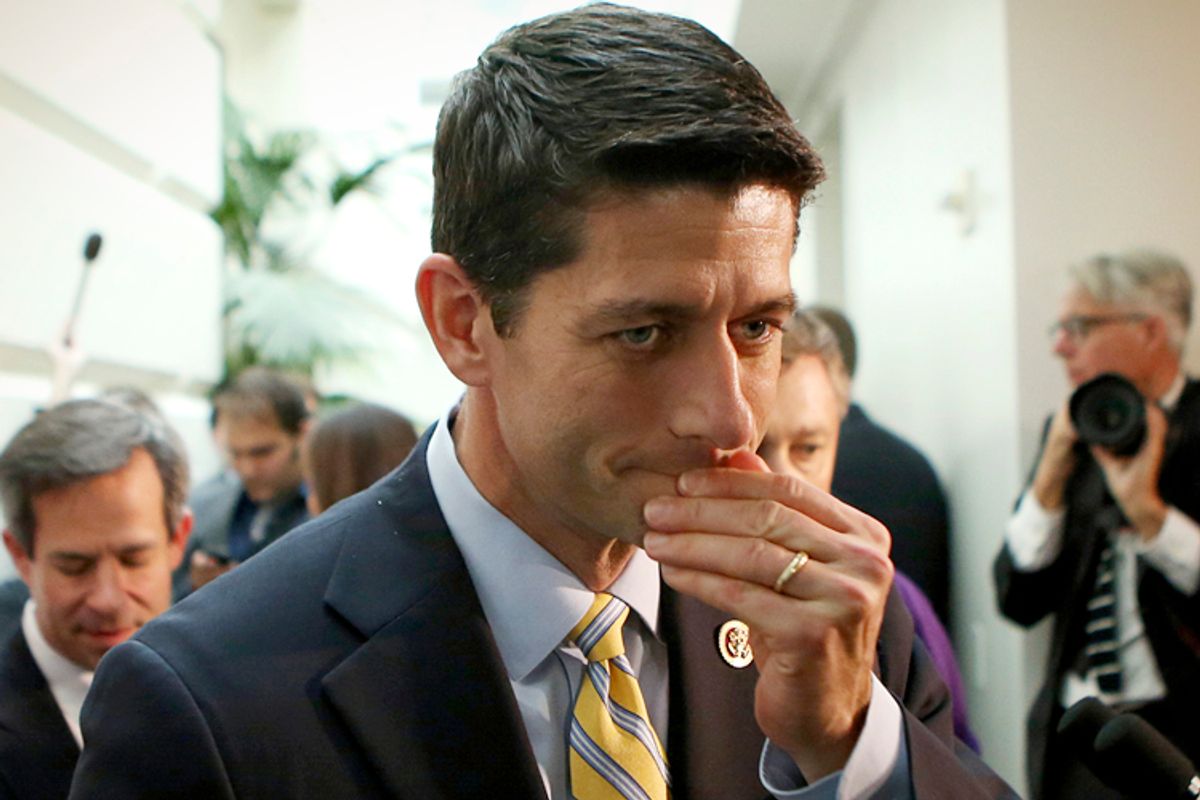 The House of Representatives voted Tuesday to pass a measure to impose a tax penalty on small businesses and individuals with insurance plans that cover abortion services. The bill would also enshrine the Hyde Amendment into law, making current restrictions on federal funds for abortion permanent.

The bill, which is similar to measures banning private insurance coverage for abortion in Michigan and other states, stands no chance of passing the Democratic-controlled Senate. But that has never stopped the House from passing draconian -- but politically doomed -- restrictions on reproductive healthcare before.

As the New York Times notes, the measure moved through the House almost exclusively with the votes of Republican men; the bill was approved earlier this month by the 22 Republican men on the Judiciary Committee. “This has been the problem for a long time: men in blue suits and red ties determining what women should do,” Rep. Louise Slaughter, D-N.Y., told the Times.

Hours after voting to approve the measure imposing tax penalties on individuals seeking comprehensive healthcare, Rep. Cathy McMorris-Rodgers, R-Wash., delivered the official Republican rebuttal to the State of the Union address, during which she remarked, "Republicans believe healthcare choices should be yours, not the government's."