Illinois bishop: Gay people must be "disciplined" like "children"

"Like any good parent will tell you ... sometimes you have to discipline your child," the bishop said of gay adults 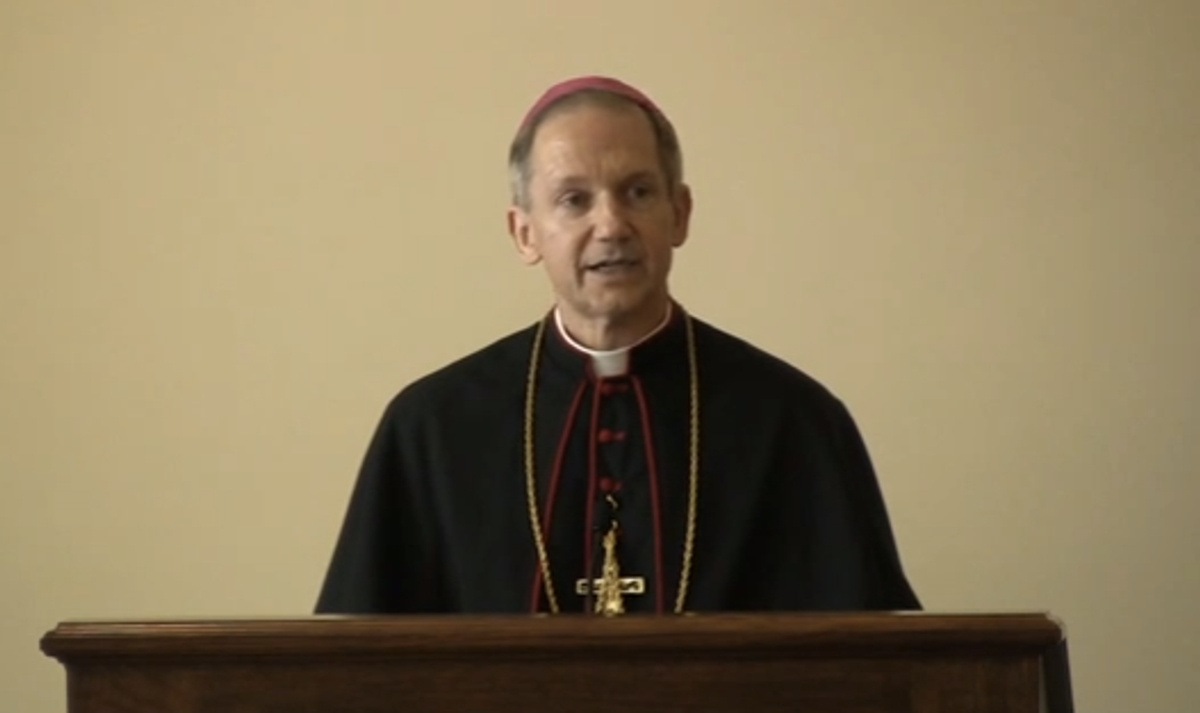 Illinois Bishop Thomas John Paprocki, who held a massive exorcism after marriage equality became legal in his state, believes that gay couples who get married need to be "disciplined" for participating in the "redefinition of marriage."

“Certainly the redefinition of marriage is an opposition to God’s plan for married life,” Paprocki said of the exorcism in an interview with Life Site News. “So I thought that would be a fitting time to have that prayer, really for praying for God and his power to drive out the Devil from his influence that seems to be pervading our culture.

“To be opposed to the redefinition of marriage and to be opposed to things that are sinful, that’s actually a very loving thing,” he continued. “Perhaps it’s the permissiveness of our society that people think that if you don’t get what you want that you’re somehow being hateful, if you don’t give them what they want. But sometimes, like any good parent will tell you, that sometimes you have to discipline your child, sometimes you have to say no. And sometimes, you even have to punish.”

But to "punish" gay families is actually quite loving, according to Paprocki. “And when a parent does those things towards their children," he concluded, "they’re actually being very loving by correcting them and showing them the right way to do things."