Susan Orlean: "The '90s were more thin-crazy than the present time"

Susan Orlean opens up on the diet book she co-wrote, and whether sandwiches are "stupid" 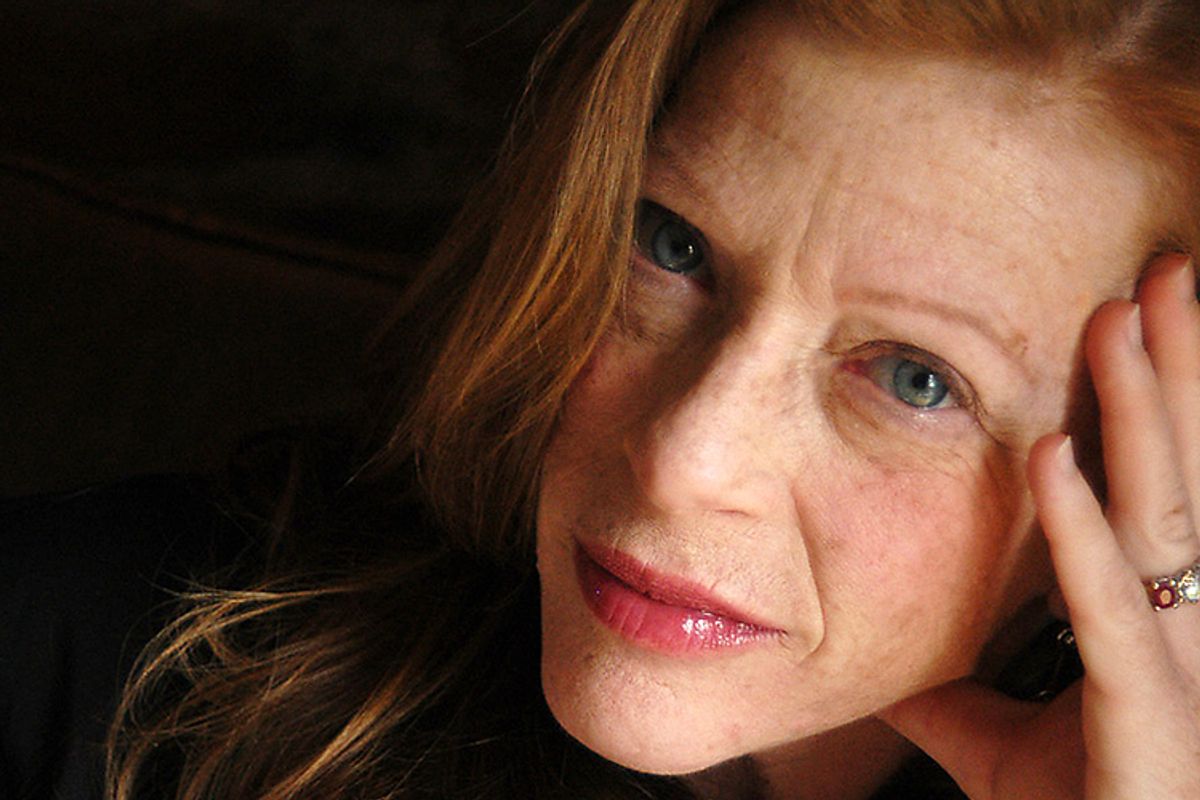 Before "Six Weeks to OMG," before "Skinny Bitch," even before "French Women Don't Get Fat," New Yorker writer Patricia Marx and author Susan Orlean (writing under her married name Susan Sistrom) set out to create a new kind of diet book. What they came up with was a funny, tough-love look at the lengths to which women will go in pursuit of a sylph-like body – one part hardcore weight loss advice, one part laughter at the rigors of hardcore weight loss advice. It was written by two women who admitted they "had spent 40-60 percent of our waking hours and 60-80 percent of our sleeping hours consumed by thoughts about our weight," and who vowed, "We are not going to push sensible eating down your throat." By God, they didn't. And thus, 15 years ago, "The Skinny: What Every Skinny Woman Knows About Dieting (And Won't Tell You!)" was born. And now that "The Skinny" -- like "Livin' La Vida Loca" and Kiernan Shipka -- is well into its adolescence, how does it hold up? How does the woman who co-wrote it now feel about "The Skinny," a full decade and a half on?

Travel back with us in time to a moment when "Buffy the Vampire Slayer" was on every week and there was no such thing as an iPhone. Tweeting at the movies wasn't even a thing. And there's a good chance nobody you knew was vowing to go gluten-free. When "The Skinny" came across my desk in 1999, I was in my early 30s and pregnant with my first child. At the time my weight (increasing every week) and appetite (voracious) weren't matters of personal concern, nor was I worried they would be once my child was born. As a former chubby teen, I wrote back then for Salon that "If you perpetually measure your worth by your weight, you wind up one of those women I refer to as Chihuahuas — skinny, yes, but also a quivery, nervous, jumpy little thing who forever looks in danger of piddling herself. You know the kind — the one who pitches a hissy when confronted with a salad that has the dressing poured on top instead of served on the side." I found "The Skinny" fascinating and hilarious and terrifying, with its musings on the caloric impact of a shot of Nyquil and advice to sprinkle bleach on food to avoid overeating, in its bold, sassy pronouncements that airline food is "crazy" and sandwiches are "stupid." Its authors were the kind of women who get New York Times profiles of their evenings out, nights in which the "doll-size" Orlean could say, "When I'm thin, it makes me feel powerful and strong and tough.''

A lot's happened in those intervening years. If you'd told me then that we'd have an African-American president enjoying his second term and that gay couples would be getting married at the Grammys, I would have been psyched but very skeptical. I also might not have believed the toll that time and childbirth and illness can take on a woman's body – even one who's active and tries to eat healthy. My relationships with food and my body have changed since the '90s. And when a writer posted on Twitter recently about the acclaimed journalist Orlean's moment as a diet author, I wondered how things had changed for her too. I reached out and asked her about it, and she generously took some time from her current writing deadline to reply to Salon. Time marches on and heroin chic is no longer chic, but one thing never changes – Orlean's opinion of sandwiches.

The book is very funny but also very extreme. So let me ask, would you still use sinus medicine as an appetite curber?

The book was a hybrid -- sometimes an awkward one, I'm afraid -- of humor, satire and sincerity. That's a difficult blend, and even though we understood when we were being ridiculous, it was probably not easy for a reader to make those distinctions. For instance, taking sinus medicine for anything other than a sinus problem is nuts! The book was written a long time ago, but I suspect this particular item emerged when we talked about things we'd noticed curbed hunger and thought it would make a funny thing to include.

Do you still consider sandwiches "crazy"?

I do sincerely think they're kind of crazy from a nutritional standpoint -- it's a whole lot of bread, which is delicious but basically empty calories, which I'd rather spend on something else, like a piece of chocolate.

Looking back, do you feel the book accurately represents the way you and a lot of women of the late '90s approached dieting?

I can't really say whether or not it represented the way anyone approached dieting; I suppose we wanted it most of all to replicate the feel of a late-night dorm-room session in which a bunch of women friends would sit around and talk about their health, their weight and their personal tricks for eating moderately and looking good. Some of that talk would be unscientific (I personally have had many friends, even now, tell me that the best thing about getting divorced was that they were so stressed out that they lost some weight. These are smart, accomplished people, just observing one of those politically incorrect but real facts of life, that you sometimes get slim and svelte when you're not very happy).

Some of the talk would be real -- I am personally quite proud of the work I did trying to demystify exercise in the book (with my limited expertise) and suggesting how to get the biggest bang for your exercise buck. Overall, the book was an attempt to be real-world honest about some of this stuff, and sometimes just real-world ridiculous/sarcastic. As I said before, perhaps an unholy marriage of tones ...

Has your approach to eating and fitness changed over the years and if so, how?

My approach to eating has not really changed much since then. I try to be healthy, I like to look good. When I don't feel good, I do what I can to correct my course -- usually that's just more attention to my sweet tooth and portions and more exercise. I rarely weigh myself, by the way; I just pay attention to how I feel in my clothes and how I feel about my body.

Do you feel that there's a pressure on women to remain, as you were called in that New York Times piece, "so thin you were invisible" as they get older?

I think there's pressure on women to be attractive, period -- not just thin, but perfect and beautiful, with perfect hair and perfect nails and great skin and a great body, oh, and still maintain a high-powered job and be good mothers. I think the '90s were more thin-crazy than the present time -- this is just anecdotal, of course. The further we get from heroin chic and that whole skeletal grunge aesthetic, the more we appreciate normal, healthy, athletic bodies. And I'm not sure actual people ever wanted to be heroin-chic thin; it's more a matter of what the media presents as desirable that changes. (I once wrote a piece about this, and it is really interesting to note that people don't really change much, but our sense of what we think we look like changes according to what's presented in popular culture. Fascinating!) But I don't think the pressure on women to be attractive has changed.

If you were to co-write an advice book today, what would you tell women?

I don't think I'd co-write an advice book these days -- I think I'd prefer really sitting around with my friends gossiping about how we feel about how we look, and not committing it to print.