Never mind the haters! The year ahead looks loaded with rich and strange cinematic delights 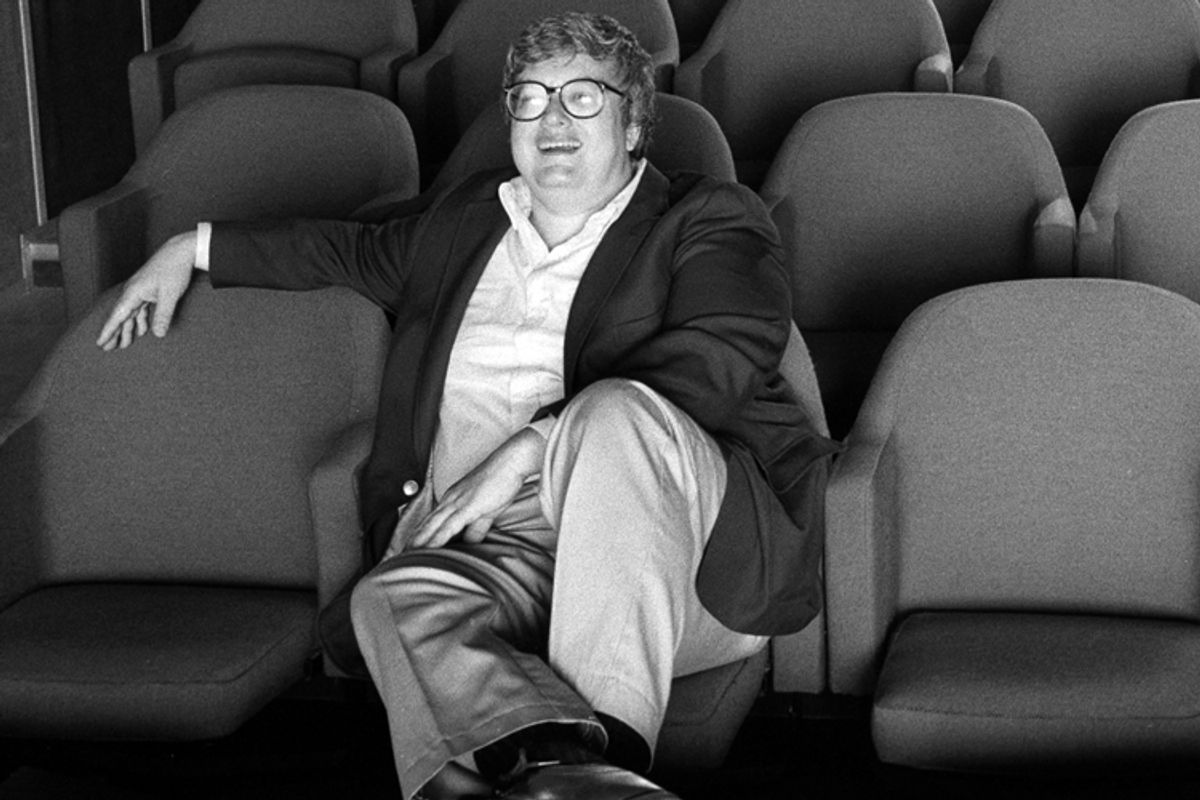 There was a lot of grousing in Park City last week about how this year’s Sundance lineup wasn’t as loaded with big-event movies and future awards nominees as the last two editions. There was no “Beasts of the Southern Wild” or “Fruitvale Station” unveiled in the mountains this year, we told each other. That might be true, but now that I’m away from the festival grind I think this looks like a rich and immensely varied year. There might well be some 2015 awards contenders in the mix – including J.K. Simmons’ combustible performance in Damien Chazelle’s Grand Jury Prize-winning “Whiplash” – and some future commercial hits, like Lynn Shelton’s comedy “Laggies,” offering us an entirely new side of Keira Knightley. Here’s my list of the best things I saw at Sundance this year, along with an inevitable consequence of festival-going: the list of movies I heard other people raving about, but never got to see.

“Boyhood” Richard Linklater’s 12-year magnum opus, following a fictional Texas family headed by Ethan Hawke and Patricia Arquette in real time, may be the director’s masterpiece and the friendliest experimental film ever made.

“Whiplash” Everyone’s favorite film of the fest, this breakout for writer-director Chazelle, focusing on the overheated relationship between young drummer Miles Teller and his abusive mentor (Simmons), won grand prizes from both the Sundance jury and the audience.

“20,000 Days on Earth” A gorgeous experimental documentary about post-punk Renaissance man Nick Cave, this film from the charming Anglo duo Iain Forsyth and Jane Pollard has an emotional immediacy that goes well beyond its level of art-school pretension.

“Concerning Violence” Another challenging and provocative archival compilation from Sweden’s Göran Hugo Olsson (“The Black Power Mixtape”), this one covering the years of anti-colonial violence. Set to texts by philosopher Frantz Fanon, read by Lauryn Hill. You’ll hear more about this one – from me, anyway.

“Life Itself” A loving and unstinting portrait of Roger Ebert, the late movie critic and social media pioneer, from ace documentarian Steve James (who owed Roger for what he did to support “Hoop Dreams”). Makes a case for Ebert as a crucial cultural figure even if you don’t care about movie criticism.

“The Internet’s Own Boy” Torn straight from the headlines, this compelling look at the life, persecution and death of programmer and hacktivist Aaron Swartz was made in less than a year following Swartz’s suicide.

“Cold in July” The more I think about Jim Mickle’s compact late-‘80s Texas thriller with Michael C. Hall, Sam Shepard and Don Johnson, the better it gets. This guy is creeping closer to David Lynch territory with every movie.

“Listen Up Philip” Not my speed in some ways, but Alex Ross Perry’s literary-world satire, starring Jason Schwartzman as a young New York novelist who cozies up to an aging literary lion (Jonathan Pryce) with a strong resemblance to Philip Roth, is both acrid and brilliantly executed.

WHAT I MISSED (and can’t wait to see)

"Calvary” Brendan Gleeson as a tormented Irish priest in another tragicomic yarn of rural discord and violence from John Michael McDonagh (“The Guard”).

"The Raid 2” Welsh-born filmmaker Gareth Evans’ Indonesian martial-arts action sequel is apparently even crazier (and longer) than the intense and claustrophobic original, a worldwide hit.

"The One I Love” Mark Duplass and Elisabeth Moss are a couple who escape for a weekend getaway in hopes of saving their marriage – only to discover an intriguing plot twist I’m not supposed to tell you about.

"Dinosaur 13” One of the year’s most acclaimed documentaries centers on the decade-long legal battle that followed the South Dakota discovery of Sue, the most complete T-rex skeleton ever found.

"The Overnighters” Across the border in North Dakota, the oil business is booming and tens of thousands of men have flocked to the tiny town of Williston. Jesse Moss’ documentary about a rural community struggling to accommodate a flood of outsiders had audiences raving.

"Rich Hill” Winner of the Documentary Grand Jury Prize, this film from cousins Tracy Droz Tragos and Andrew Droz Palermo follows the lives of three isolated and deprived adolescent boys in the bleak landscape of their eponymous Missouri town.

"Dear White People” Some loved it and some hated it, but everybody who saw writer-director Terrence Simien’s debut, a comedy about a group of black students at an elite, largely white university, talked about it all week.

"We Come as Friends” Austrian filmmaker Hubert Sauper (“Darwin’s Nightmare”), one of the documentary world’s great political visionaries, takes his camera and his poet’s sensibility into the rapacious, neocolonial nightmare of newly independent South Sudan. (I take it the title embodies some irony.)

"Blind” People often ignore the foreign films at Sundance, but this one — a psychological thriller about a newly blind woman from Norwegian filmmaker Eskil Vogt, the co-writer of “Oslo, August 31st” — was among the week’s most discussed breakthrough works.

"To Kill a Man” Winner of the World Cinema Jury Prize, this reportedly gripping thriller from Chilean critic-turned-filmmaker Alejandro Fernández Almendras follows a mild-mannered family man driven to extremes by thugs who take over his neighborhood and brutalize his son.