The Aaron Swartz documentary that you absolutely can't miss 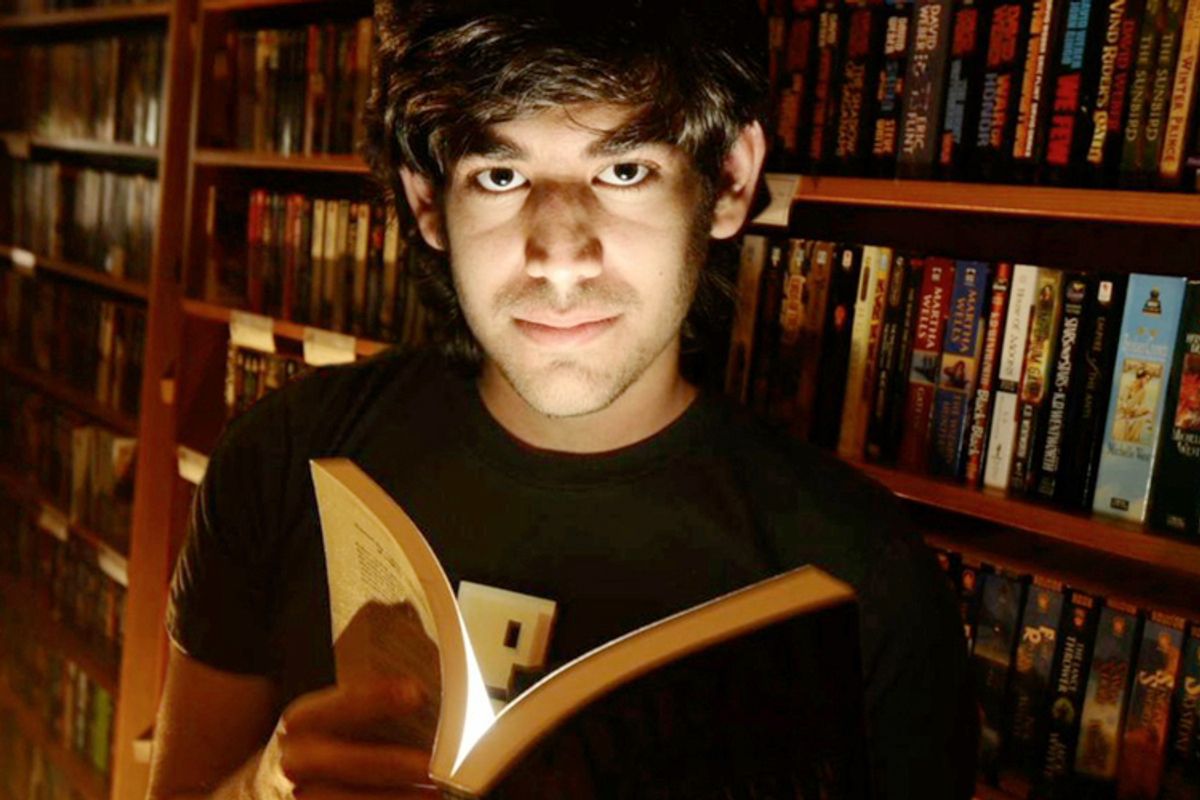 The documentaries screened at the Sundance Film Festival often end up setting the conversation trend for the year concerning current or revisited social justice issues. Though Sundance, happening right now in Park City, often gets a lot of celebrity hype, the documentaries are regularly the films that have lasting impact. Many of the films released this year deliver a heavily personal touch to ongoing political issues. Instead of lots of talking heads discussing facts and figures, these films utilize beautifully captured moments of human interaction to tell much broader stories.

Here are five documentaries at Sundance right now that should have many of us rethinking our own work and political world:

E-Team is much more than an examination of the work of Human Rights Watch. Instead it takes the members of HRW’s emergencies team (known as the E-team) and shows a spectrum of their humanity in the face of incredibly difficult work. They are the people that go to the front lines immediately after conflict breaks out or atrocities are reported to document and interview. The film crew went with them to Libya and Syria, to be alongside them when they illegally crossed borders or interviewed mothers about the loss of their families. However, the team (lead by Born into Brothels’ Ross Kaufman and Election Day’s Katy Chevigny) were also there to show the every day, intimate moments of the diverse E-Team. I haven’t heard of any distribution deals yet, but the film is getting great reviews and will probably get a lot of attention in 2014.

Cesar’s Last Fast looks at Cesar Chavez’s fast in 1988 in his fight against the spreading cancer from pesticides in farm workers. While the film does explore the tactics Chavez uses, it’s also deeply personal. Using archival footage as well as recent interviews, it revisits the impact this man had on so many people. The film has been picked up by Participant Media’s Pivot TV and Univision and so should be broadcast this year. In April there will also be a feature film about Chavez’s life starring Rosario Dawson, America Ferrera and John Malkovich and is directed by Diego Luna. Hopefully these two films will introduce the life of Chaves to a new generation.

Concerning Violence employs the same Swedish TV archives that the director Goran Hugo Olsson used in Black Power Mixtape, but this time he examines nine different sequences from African liberation struggles. Lauryn Hill does the voiceovers for the film, but the text comes from the 1962 book The Wretched of the Earth that is a fierce tirade against colonialism. The documentary is a strongly elegiac new look at the protests and battles of the 60s and 70s.

The Internet’s Own Boy: The Story of Aaron Swartz is an intimate look at life of Internet wunderkid and activist Aaron Swartz. While it is a touching biopic with family interviews and home videos, it also presents the message of Swartz’s efforts for an open internet. His family has been at Sundance, answering questions from reporters and helping to promote the film, but they are also engaging in the day of action on February 11, “The Day We Fight Back Against Mass Surveillance.” The film presents some strong information about the case against Swartz, but also importantly ensures his life will not be forgotten.

Private Violence shows the intense day in and day out battles that wives, mothers, attorneys and advocates face surrounding the widely prevalent problem of domestic violence. The documentary revolves around two women’s years of struggle with the law enforcement and justice system in order to protect the lives of women and their children.