The right's agenda is reviled: The lesson from Obama's confident State of the Union

Intentional or not, the president's speech was a reminder to Democrats that their goals are the ones Americans back 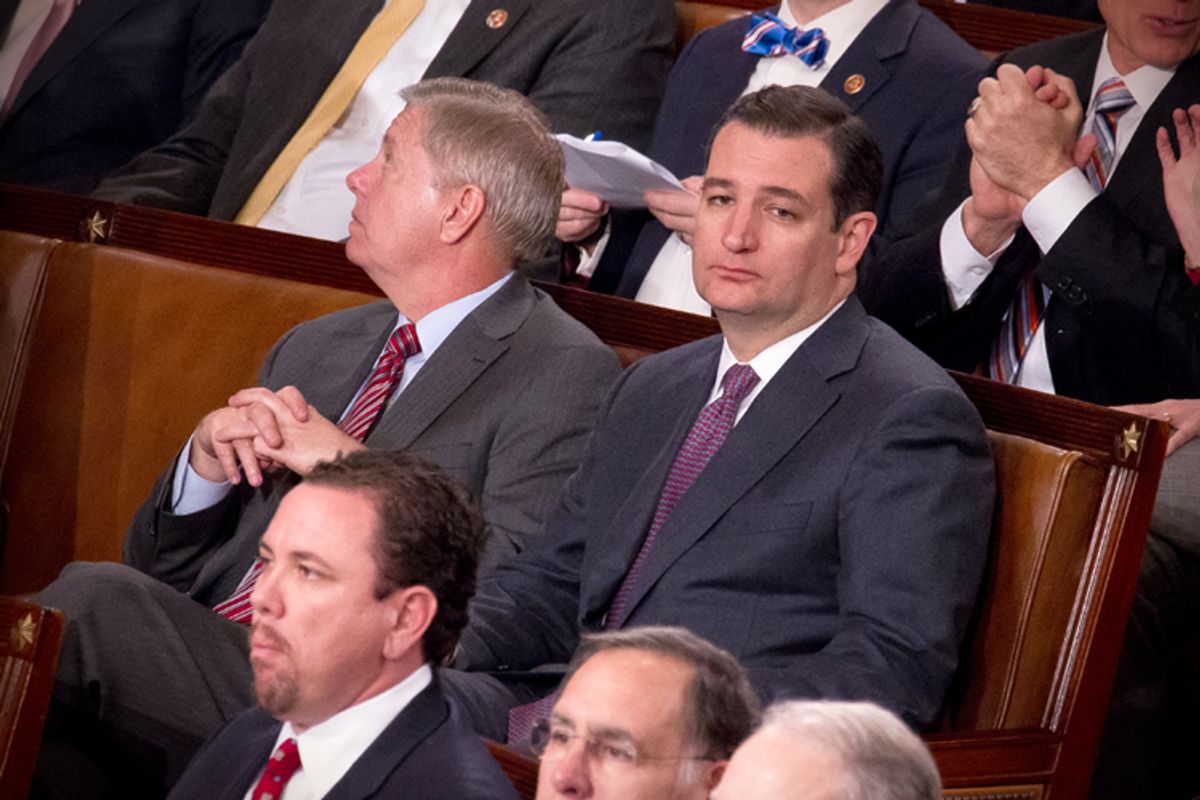 Over the past four months, the implementation of the Affordable Care Act and its impact on President Obama's approval rating have overtaken most of the common arguments about 2014 politics. And as shallow as that analysis seems to people who take a longer view of the law's prospects, I get it. The last three months of 2013 were genuinely tough going, and there's just no denying that if Obama's public standing doesn't improve, Democrats will be in for a very rough cycle.

I don't know if that means Obama should've dwelled on the healthcare law more than he did in his State of the Union address or not. You could argue it either way. He mocked the GOP's now-faltering repeal obsession and encouraged people to help their friends and family members enroll. But it was just one small piece of a speech about a lot of different issues.

Some of these were small-bore issues and others were fanciful, given how logjammed American politics is today. But when it was over, what actually struck me was how many of them were enduring, feasible liberal goals.

Intentionally or otherwise, Obama's speech was a reminder to Democrats that the storm clouds of Obamacare implementation have obscured their view of the popular platform the party ran on so confidently in 2012. That there are a series of issues that animate Democratic constituencies on the docket, both ahead of 2014 and beyond, and all of them are political and substantive winners for the party.

Here are some of the big ones, from Obama's prepared remarks:

Here's my question: If Obama and Joe Biden had abruptly resigned last year (humiliated by the Healthcare.gov launch, no doubt) could President John Boehner have strung together a similar list of straightforward but substantive Republican proposals that would improve so many people's lives? I don't think he could have.

To the extent that the GOP agenda isn't in flux or concealed by sensitivity training, it remains broadly less popular than the Democratic agenda. Republicans understand this well enough to recognize that they need to at least pretend to want to narrow inequality, but these ideas don't layer neatly atop the existing party platform.

"[The earned income tax credit] helps about half of all parents at some point," Obama said. "But I agree with Republicans like Senator Rubio that it doesn’t do enough for single workers who don’t have kids. So let’s work together to strengthen the credit, reward work, and help more Americans get ahead." The problem is that Republicans want to do this without expanding the earned income tax credit, which means money for childless adults would come out of the pockets of parents, who benefit from the program in its current form.

And, of course, in the long run, fanatical opposition to national healthcare isn't easily compatible with any serious equality agenda. Democrats don't have that problem. And structurally that puts them in a sound place, even if the politics of the moment feel pretty wobbly.