The groups are selling off their stakes in coal, oil and gas 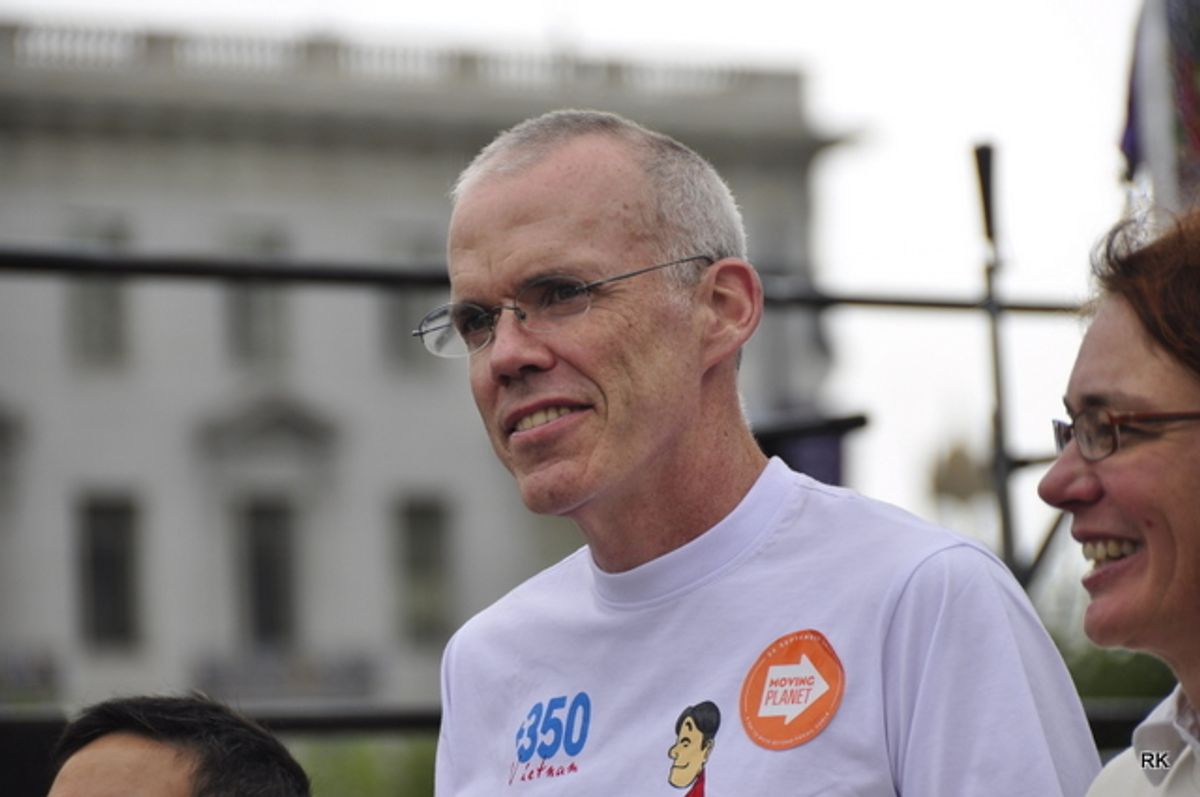 Bill McKibben, whose organization has been leading the charge to divest from fossil fuels (Rachel Kao, 350.org)
--

A group of 17 foundations are about to announce that they're divesting from fossil fuels, the New York Times reports. That's $1.8 billion that will be denied to companies that, when it comes down to it, do business in climate change.

For the foundations, which include the Russell Family Foundation, the Educational Foundation of America and the John Merck Fund, divesting from fossil fuels is a way of putting their money where their mouths are -- aligning their investments with their social missions. It also makes economic sense: Once governments fully recognize that our remaining reserves of fossil fuels need to stay in the ground, they'll (hopefully) get serious about limiting emissions, and the "carbon bubble" will inevitably pop.

The move is a major step forward for Bill McKibben and 350.org, which has been leading the divestment campaign. According to the Times, 22 cities, two counties, 20 religious organizations, nine colleges and universities and six other institutions had signed up for the effort.

Some major universities, including Harvard, have so far been opposed to the idea, arguing that pulling out their money will have little impact, while remaining invested will allow them to push companies toward more sustainable practices from the inside. But the foundations aren't having any of that. Ellen Dorsey, the executive director of the Wallace Global Fund, which is coordinating the group effort, explained, “If you owned fossil fuels in your investment portfolio, it became increasingly clear to foundations that they own climate change, and they’re potentially profiting from those investments." Instead she told the Times, they'll be focusing their funds on renewable energy and related ventures -- in other words, on being part of the solution.