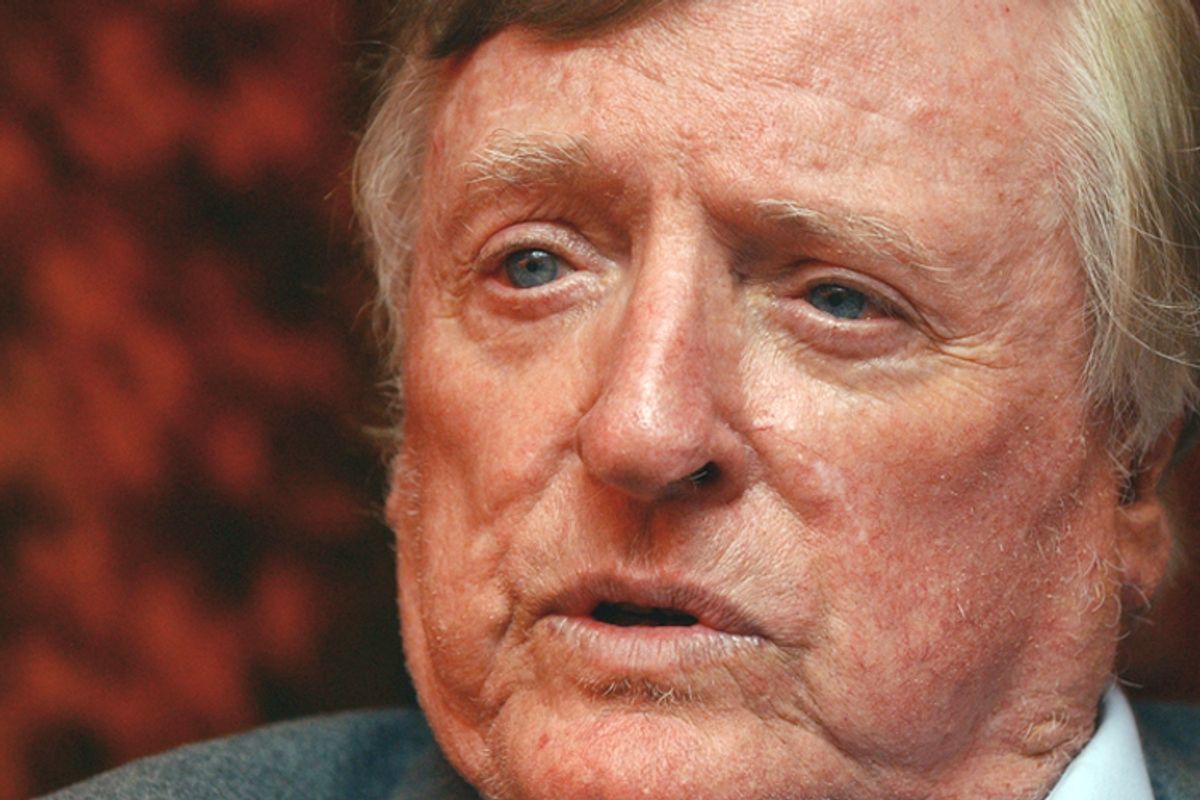 Correction: Following the reporting from the Week, this post originally stated that Mark Steyn had been dropped by the law firm representing him, Steptoe & Johnson. National Review publisher Jack Fowler says it was Steyn who ended the relationship, and not Steptoe & Johnson. (See below for more.)

According to a report from the Week's Damon Linker, National Review, the leading right-wing magazine founded by William F. Buckley, is in a world of trouble — and it has one of its most popular columnists, Mark Steyn, to thank.

Climate scientist Michael Mann is suing National Review and Mark Steyn, one of its leading writers, for defamation. It's a charge that's notoriously hard to prove, which is no doubt why the magazine initially refused to apologize for an item on its blog in which Steyn accused Mann of fraud. Steyn also quoted a line by another conservative writer (Rand Simberg) that called Mann "the Jerry Sandusky of climate science, except that instead of molesting children, he has molested and tortured data." (Simberg and the free market think tank for which he works, the Competitive Enterprise Institute, are also named in the suit.)

According to Linker, National Review's requests to have the case thrown out have been rejected (emphasis mine):

In July, Judge Natalia Combs Greene rejected a motion to dismiss the suit. The defendants appealed, and last week D.C. Superior Court Judge Frederick Weisberg rejected the motion again, opening the door for the discovery phase of the lawsuit to begin.

That's not all. On Christmas Eve, Steyn (who regularly guest hosts Rush Limbaugh's radio show) wrote a blog post in which he excoriated Greene, accusing her of incompetence, stupidity, and obtuseness. As a result of this outburst, the law firm that had been representing National Review and Steyn (Steptoe & Johnson) has dropped Steyn as a client and reportedly has plans to withdraw as counsel for the magazine as well. (Now representing himself in the lawsuit, non-lawyer Steyn continues on the attack here and here.)

[Update: National Review publisher Jack Fowler says that it was Mark Steyn who initiated the break with the law firm of Steptoe & Johnson, not the other way around.]

No matter who's representing them, however, the outlook for the folks running National Review is grim. Linker reports that, like many political magazines, National Review has a relatively small (but influential) circulation, and frequently loses money. Breaking even is a good year. Therefore, a large settlement with Mann, or a penalty handed down by a judge, could prove catastrophic.