Another Marlise Munoz? Why one family's tragedy could be only the beginning 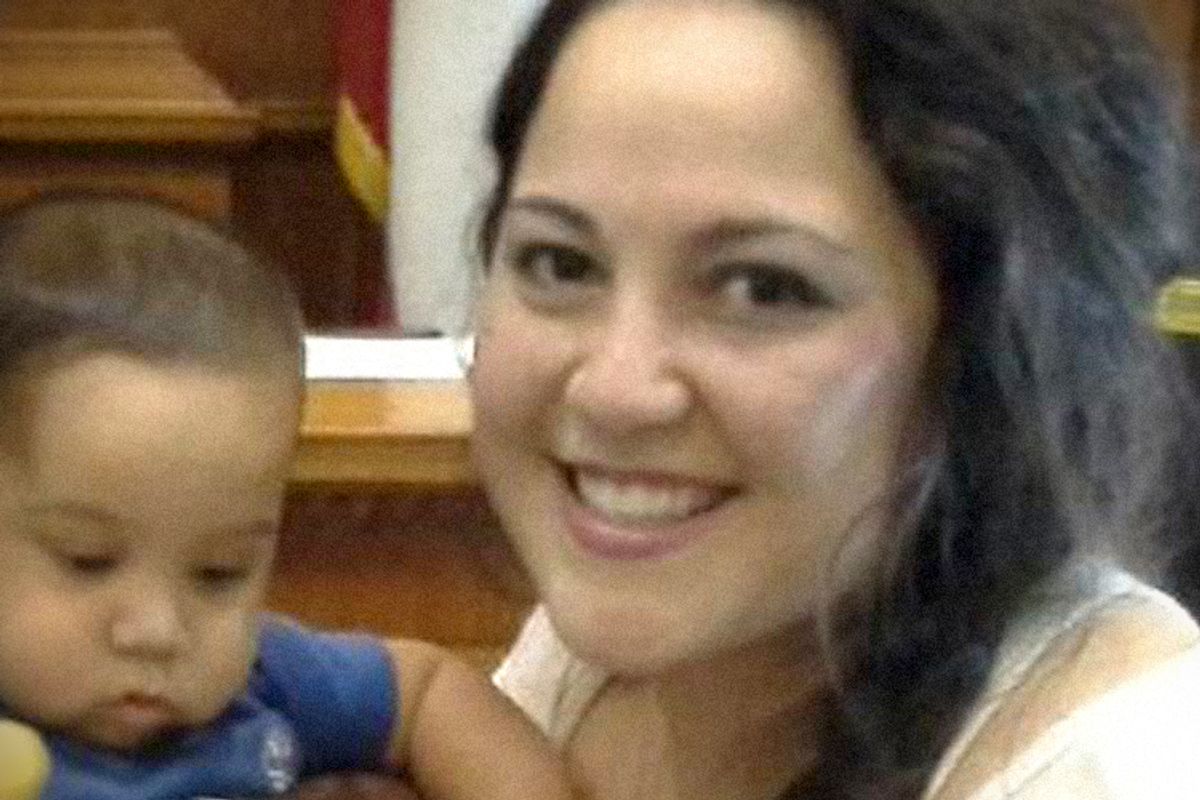 Marlise Munoz died on Nov. 28, 2013. The 33-year-old paramedic and mother to a young son collapsed in her Texas home a few days before Thanksgiving, and was admitted into John Peter Smith Hospital in Fort Worth, Texas, where she was later declared brain-dead.

Had Munoz lived and died in a state other than Texas, it's possible that the hospital would have released her body to her family, leaving them to mourn their loss privately. But Munoz lived and died in Texas, one of more than 30 states with laws creating a distinct and lesser legal status for people who are pregnant, as Munoz was at the time of her death.

The horror of what happened after Munoz died is undeniable. For two full months, her deceased body was utilized by the hospital as a vessel for a fetus. But far from being a troubling exception, what happened to Munoz's body -- the prioritization of the so-called rights of the fetus over Munoz's articulated advance directive and the rights of her family to make end-of-life decisions for their loved one -- could be an all-too-common effect of pregnancy exclusion laws, even when applied in a manner the state of Texas considers appropriate.

These laws, in Texas and elsewhere, empower hospitals to keep pregnant patients on life support without regard to the patient's or family's wishes. They apply to pregnant people who find themselves too sick to communicate their desires regarding end-of-life care, depriving them of the right to make healthcare choices in cases of terminal illness or medical catastrophe. Switch "brain-dead woman" with "woman in a coma as a result of terminal cancer" and what you are left with is just as disturbing -- a person without cognition or consent stripped of her constitutional rights and forced to serve as an immobile container for a fetus. All while the family looks on, helpless to act without the aid of the courts.

Munoz, because she was a paramedic and immersed in life and death decisions, had previously discussed her end-of-life wishes with her husband, Erick, who advocated fiercely to ensure the hospital honored his wife's directive. But the Munoz family may be the exception -- most young couples have not had conversations about what would happen in the case of death or serious illness.

"Most people of the age where they could become pregnant do not have advance directives, so the legal rights of the family in these cases are all the more important," Katherine Taylor, a lawyer and ethicist who teaches at the Drexel University College of Nursing and Health Professions, tells Salon.

What these laws do in practice is elevate the imagined rights of a fetus over the actual rights of pregnant people and their families; it should come as little surprise, then, that the Catholic Church and anti-choice activists helped shape such measures.

"Most of these laws first came into being in the '70s, '80s and '90s, when states were each passing their advance directive statutes," Taylor explains. "The Catholic lobby and other 'right-to-life' groups insisted that a pregnancy exclusion be included."

The link between pregnancy exclusions and other anti-choice measures -- of which Texas has plenty -- was made explicit when John Peter Smith Hospital defended its actions in court. Lawyers argued the application of the law -- and its denial of the rights of the family -- was consistent with the state's "compelling interest in preserving the life of an unborn child.”

One of the measure's architects, Southern Methodist University's Dedman School of Law professor Thomas Mayo, remarked in a recent interview with the Star-Telegram that it "never would have occurred" to him that a case like Munoz's would happen as a result of the statute. “The statute was meant for making treatment decisions for patients with terminal or irreversible conditions,” he explained.

But empowering the state to make treatment decisions for patients with terminal or irreversible conditions is a dangerous precedent, even if the statute is never again applied to a deceased woman. Your right to determine how you will live -- and how you will die -- should not end the moment you become pregnant.

In addition to depriving people who are pregnant of their constitutional rights and nullifying the legal authority of family members with power of attorney, these laws go a long way toward establishing personhood and legal standing for fetuses. As I've written before and as Taylor noted in a recent RH Reality Check editorial coauthored with National Advocates for Pregnant Women executive director Lynn Paltrow, these "separate rights" have been used to argue for a ban on abortion in all cases and have put women in prison for things like falling down the stairs while pregnant. These are dangerous precedents.

The judge in the Munoz case did not rule on the constitutionality of the statute, so the law remains on the books in Texas. As do similar statutes in other states. Leaving such laws unchallenged will almost certainly guarantee that we see this kind of tragedy repeated. Taylor warns, "Most people have no idea these laws even exist."

She is also quick to point out something else critical about this case -- these statutes fundamentally degrade the experience of pregnancy.

"You know, pregnancy is an active enterprise. Women are moral agents," Taylor tells me. "They actively gestate. They make decisions about what to do and what not to do during their pregnancies. Here, the state is essentially trivializing the woman's contribution; as if all that is needed for pregnancy is a body -- even a dead body."