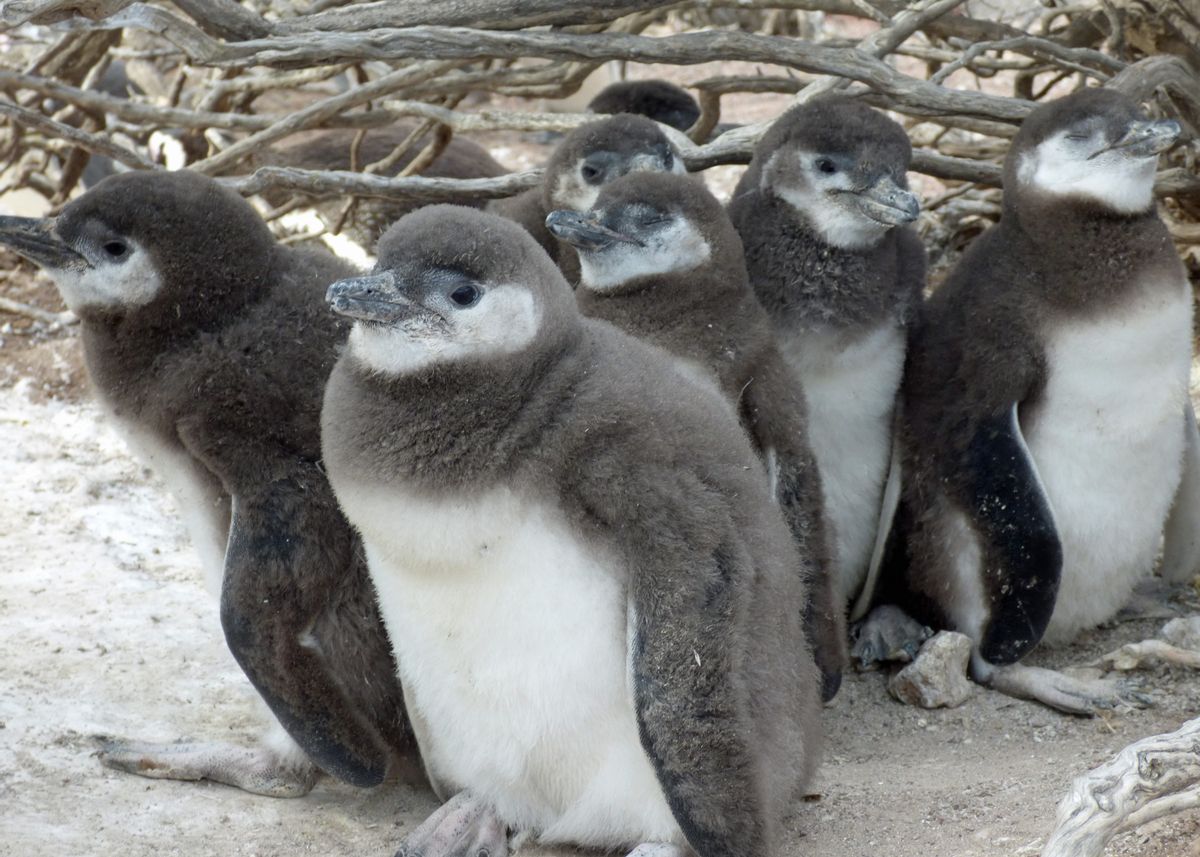 Chicks in their downy plumage seek company and shade under a shrub as they wait for their parents to return and feed them. (Dee Boersma/U of Washington)
--

Well here's something super sad, and super worrisome, that we can blame on climate change: dead baby penguins. And instead of some long chain of events that indirectly leads to population decline, the culprits in a new PLOS ONE study are the heavy rainfall and warmer temperatures that embody climate change as it's being experienced right now.

The Atlantic Cities sounds the alarm:

The scientists, led by University of Washington biology professor Dee Boersma, reached this dismal finding after studying the weather patterns and wildlife populations around Punta Tombo, home to some 400,000 Magellanic penguins on the Argentinian coast. They noted that the amount of rainfall and number of storms has increased in the past few decades during the penguins' breeding season. That's fine enough for the adult birds, which are protected by a thick layer of feathers. But the down-covered chicks don't have such armor, and as a result they can die of hypothermia when caught in a torrential downpour.

Conversely, when the weather grows sweltering, the chicks fall into the danger of overheating. With their downy coatings, they can't dive into the ocean to cool off like their waterproof parents; they simply sit in place and get hotter and hotter until some of them perish.

“They didn’t used to have to contend with this variability in the climate,” Dee Boersma, the study's lead author, explained to the New York Times. “And they certainly didn’t have to contend with all this rainfall.” The impact, as measured by the researchers, is severe:

For this study, the researchers compiled data on nearly 3,500 chicks that they meticulously tracked by checking nests once or twice a day throughout the six-month breeding season, which starts in September.

...Typically, nearly two-thirds of hatchlings at the colony do not survive to leave the nest. In most years, the researchers found, starvation and predation — by other seabirds and small animals — caused the majority of the deaths.

But they found that heavy storms killed birds in 13 of the 28 years of the study. In two years, storms were responsible for most of the deaths. Extreme heat killed more hatchlings as well, although the effect was less pronounced.

Oh, and those other, indirect causes of baby penguin death, like starvation and predation? Those are still happening, too. Alastair Franke, a University of Alberta scientist, called this "one of the most interesting aspects" of the study -- "interesting," here, being the scientific term for "depressing."